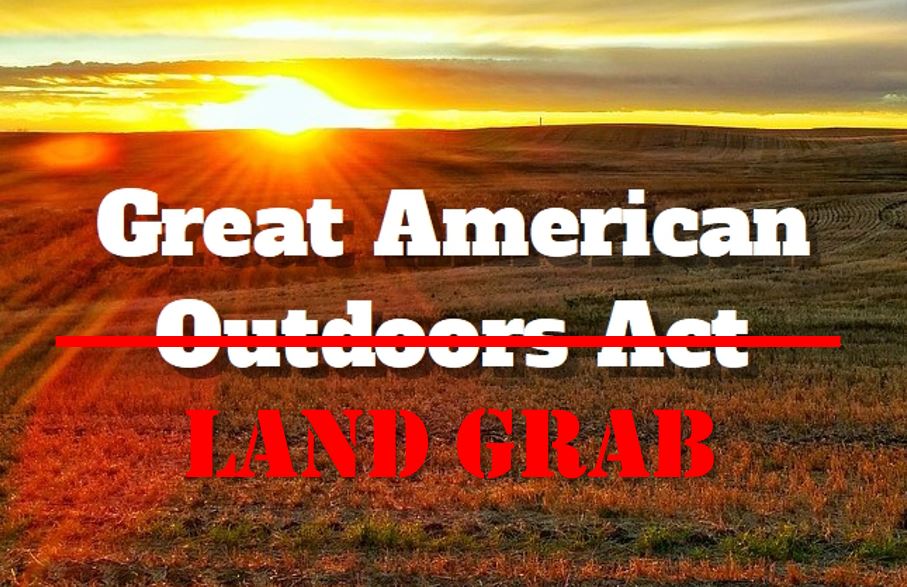 Senator Lee had several amendments he wanted to present. One would have required state approval of any lands acquired with these federal funds. Another would require the federal agency acquiring lands with these funds to first dispose of lands of equal or greater value within the state. Another would have required an annual report to Congress on costs of acquisition, maintenance and administration of any lands acquired by these funds. However, the Republican leadership denied him the opportunity to offer these amendments.

The property-grabbing feds get mandatory funding

What did our Founding Fathers think of private property? Let’s take a look.

“Property is surely a right of mankind as real as liberty.” — John Adams

“A right to property is founded in our natural wants, in the means with which we are endowed to satisfy these wants, and the right to what we acquire by those means without violating the similar rights of other sensible beings.” — Thomas Jefferson

“No other rights are safe where property is not safe.” — Daniel Webster

“Among the natural rights of the colonists are these: First a right to life, secondly to liberty, and thirdly to property; together with the right to defend them in the best manner they can.” — Samuel Adams

What does our current political leadership think of private property? Let’s call them the Floundering Fathers. Why? Because when it comes to private property, they think we have too much of it.

The most recent example is the U.S. Senate’s passage of the Great American Outdoors Act by a vote of 73-25. Prior to that they had to invoke cloture (end debate), which they did and they had to waive their own Budget Act resolution, which they did.

The Great American Outdoors Act basically contained two provisions. One would permanently fund the Land & Water Conservation Fund to the tune of $900 million per year (the primary use of this fund is for land acquisition). The second provision establishes the National Parks and Public Lands Legacy Restoration Fund. You see, the feds can’t take care of the lands they already own, so this new fund would authorize up to $9.5 billion over the next five years to catch-up on back logged maintenance projects on federal land.

One of the few Senators to talk sense on this legislation was Senator Mike Lee (R-Utah) who said, “This Act is an expensive, shortsighted mistake. It spends money we don’t have to buy more federal land when the federal government is already failing to take care of the land it already owns.”

Senator Lee had several amendments he wanted to present. One would have required state approval of any lands acquired with these federal funds. Another would require the federal agency acquiring lands with these funds to first dispose of lands of equal or greater value within the state. Another would have required an annual report to Congress on costs of acquisition, maintenance and administration of any lands acquired by these funds. However, the Republican leadership denied him the opportunity to offer these amendments.

One of the primary proponents of this legislation was Senator Corey Gardner (R-Colo.) who referred to the Land and Water Conservation Fund as one of the “crown jewels” of conservation. Someone should remind Senator Gardner that we live in a republic, not a monarchy, and that the “crown” has demonstrated a total lack of ability to appropriately manage the lands they already control.

The proponents of this legislation even resorted to using the coronavirus pandemic as justification for supporting the proposals. Here are remarks by Senator Martin Heinrich (D-NM) during debate on the bill.

Mr. HEINRICH. Senator, if you would yield for a moment. To the Senator from Montana, I notice a very similar dynamic emerging from Montana as it was from New Mexico of being very thoughtful about a response to the virus but also making sure that people could get out and just get that time for their physical well-being and their mental well-being even in the height of the pandemic. In doing that responsibly–and I think it certainly impressed upon everyone I talked to just how important these places have always been. Maybe sometimes we took them for granted, but I think the last 3 months have helped us not take the great American outdoors for granted.

Mr. HEINRICH. I think part of what has made this legislation so timely is what we have all been through in the last 3 months. Many of us were cooped up in our homes for weeks at a time, and it really drove home for all of us how incredibly important the time that we get to spend outside is.

According to Senator Heinrich, the sicker our population the more value there is to federal lands. If that is correct, then so would be the opposite. As our population heals, the value of these lands would decline. That, however, was not discussed during the debate.

The facts are the feds own 29percent of the land in the U.S. The states own 9 percent. Think of it this way: If you were to walk from coast to coast every third step would be on government land. The DC Deep thinkers say that is not enough. They demand a mandatory expenditure of $900 million a year to acquire more land. When will it stop? When every other step is on government land? Or will it get to the point where you have to very carefully tippy-toe around to stay on private property?

Several years ago Idaho underwent the Snake River Adjudication where southern Idaho ranchers and the BLM filed thousands of overlapping claims to in-stream stock watering rights on federal land. The water court ended up conveying 17,000 stock watering rights to the BLM. Two ranchers, Paul Nettleton and Tim Lowry, challenged these allocations in court, and the Idaho Supreme Court issued a decision saying that BLM didn’t own the rights because it doesn’t own livestock and therefore couldn’t put the water to beneficial use. So you’d think BLM would comply by relinquishing the water rights back to the state and allowing the ranchers to file on the water. If you thought that, you had better think again. Instead, the Idaho Farm Bureau reports the BLM “is now encouraging permittees to sign agreements stating that they are agents of the federal government and that their livestock are putting the water to beneficial use for the agency.”

That’s pretty sneaky. The Idaho Farm Bureau is advising ranchers to think long and hard before signing any such agreement and Paul Arrington, executive director of the Idaho Water Users Association says that under the supreme court’s opinion, “if the permittees own and manage the livestock, they should own the water rights” because “They are the ones putting the water to beneficial use.” Furthermore, Justice Dan Eismann, who wrote the court’s decision, said, “People did not come West to be agents of the federal government.” Ain’t that the truth.

Now the appetite of the feds is laid bare. They hunger after land and thirst for water. And you and I, my friends, get to pay for their gluttonous feeding habits.

Until next time, be a nuisance to the devil and don’t forget to check that cinch.

Frank DuBois was the NM Secretary of Agriculture from 1988 to 2003, is the author of a blog: The Westerner (www.thewesterner.blogspot.com) and is the founder of The DuBois Rodeo Scholarship and The DuBois Western Heritage Foundation

This column originally appeared in the July issues of The New Mexico Stockman and The Livestock Market Digest. 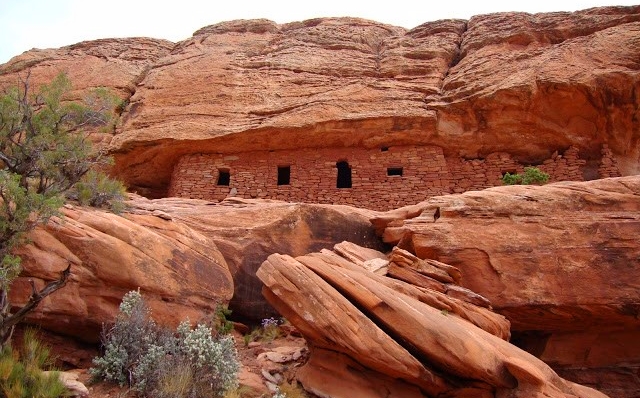 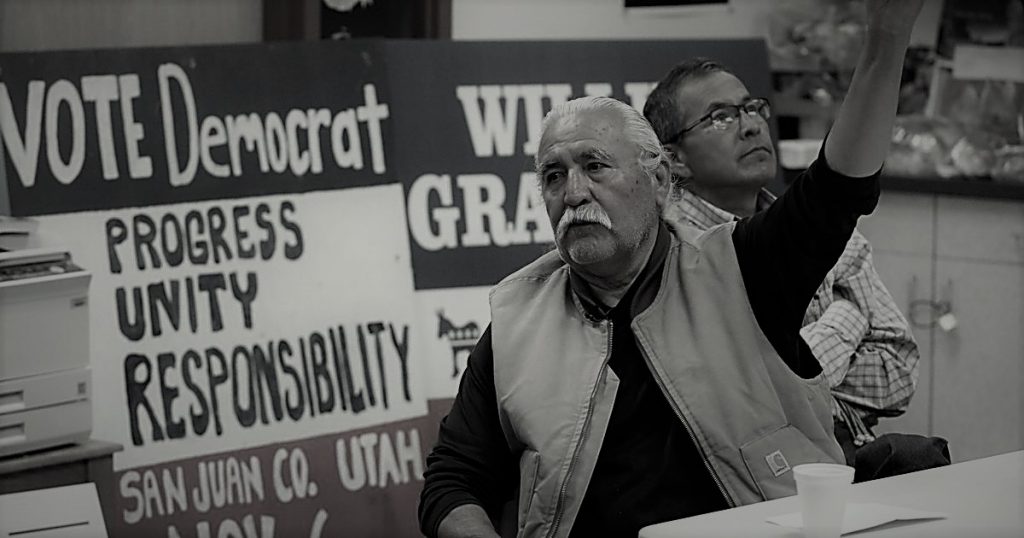 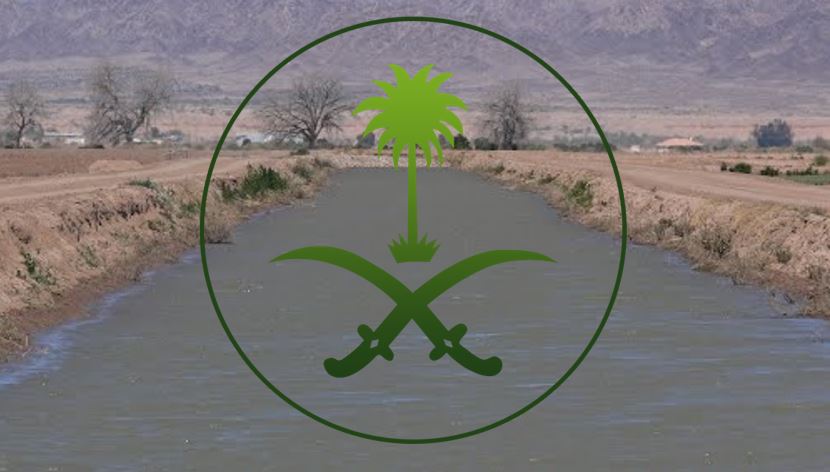