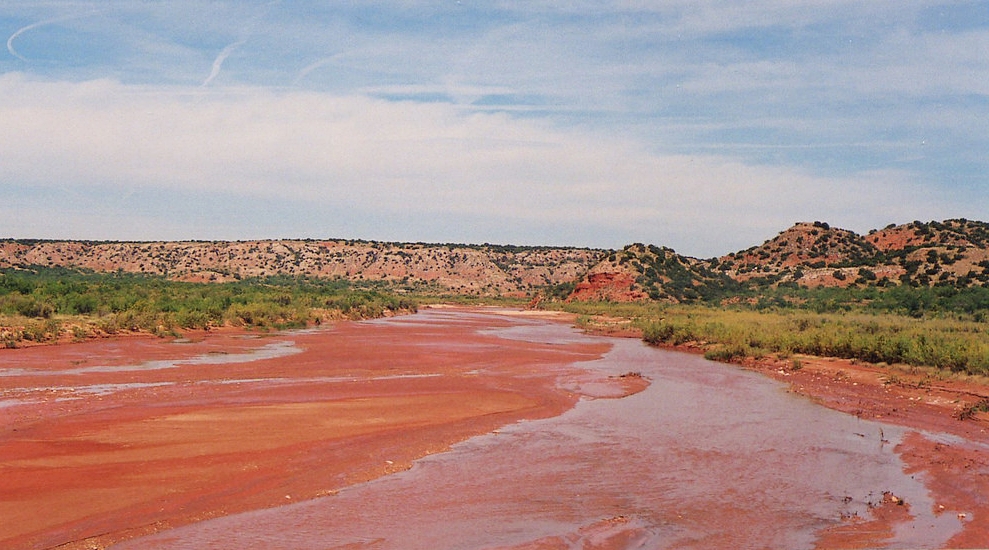 For generations, landowners improved and maintained the land, dutifully paid taxes, and lawfully-owned land along the Red River. This bill takes the first step towards resolving the Bureau of Land Management’s egregious overreach and survey errors that wrongfully clouded the titles of landowners.

The United States House of Representatives will vote on the Red River Gradient Boundary Survey Act the week of February 13. If it passes, this bill will be a big Valentine to property owners along the Texas-Oklahoma border, and will set a positive precedent for ranchers and property owners throughout the West. This bill, sponsored by Rep. Mac Thornberry (R-TX), is designed to provide legal certainty for property owners whose land has been ‘seized’ and trespassed upon by agents from the Bureau of Land Management (BLM) who have contested the ownership of a 116-mile stretch along the Red River between Texas and Oklahoma. The Red River Gradient Boundary Survey Act would halt any further actions by the BLM which infringe  on the property rights of those whose land has been a point of conflict for several years, until proper surveys are done and consideration is given to the legal rights of property owners, as well as the improvements they’ve made to the property over the generations.

H.R. 428, the Red River Gradient Boundary Survey Act, introduced by Rep. Mac Thornberry (R-TX- 13), commissions a survey of the gradient boundary along the Red River to end decades of confusion over the true boundary between Texas and Oklahoma and bring certainty to landowners along the Red River. H.R. 428 is supported by the Texas and Oklahoma Farm Bureaus, Texas General Land Office, and Texas & Southwestern Cattle Raisers Association. This bill is a paired down version of a previous bill that passed the House during the 114th Congress by a vote of 253-177.

The press release points out these significant protections for property owners, in this case specifically, and will benefit those who may be in current or future disputes with the BLM:

For generations, landowners improved and maintained the land, dutifully paid taxes, and lawfully-owned land along the Red River. This bill takes the first step towards resolving the Bureau of Land Management’s egregious overreach and survey errors that wrongfully clouded the titles of landowners.

The Supreme Court created the widely accepted and established gradient boundary survey method specifically for surveying the Red River. This bill mandates the Bureau of Land Management survey the entire 116-mile stretch of contested land along the River using this method to ensure accuracy.

The bill directs the Texas General Land Office and Oklahoma Commissioners of the Land Office, in consultation with federally recognized Indian tribes, to review and approve the final survey to certify its accuracy in accordance with the gradient boundary survey method.

Surveyors must be licensed and qualified to conduct gradient boundary surveys and will be jointly selected by the states of Texas and Oklahoma. With nearly a century of experience, surveyors in these two states are the most qualified professionals in the nation for carrying out this type of survey.

The bill includes specific protections for the Kiowa, Comanche, and Apache Indian tribes in Oklahoma to allow them to participate in the survey, in coordination with the states, and continue to receive money from an existing mineral interest trust fund.

This bill importantly acknowledges the ‘egregious overreach’ by the Bureau of Land Management, that has resulted in numerous conflicts–many of them deadly–over land and property in recent years. It also touches upon the larger questions surrounding historic rights of property owners, specifically the ranchers and farmers whose grazing allotments and water rights were passed down from previous generations, and predate federal intrusions upon land management. There are countless instances in which the BLM, and other agencies, including the U.S. Forest Service and Fish & Wildlife, have been guilty of ‘clouding’ landowners’ titles, in part, because recent law governing these federal agencies has failed to properly define and uphold the various ‘split estates’ of property ownership. The Red River Gradient Boundary Survey bill is a good start to furthering that conversation in Congress and state legislatures across the country.