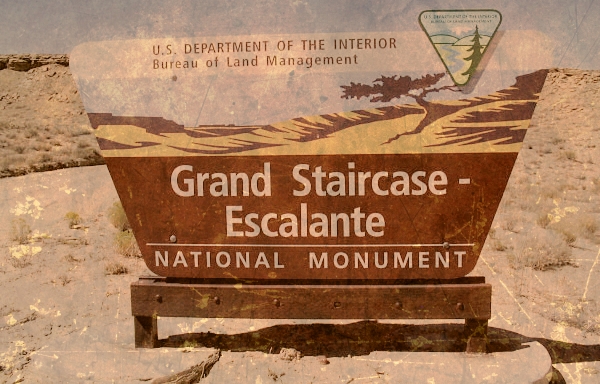 Grinding westerners under the federal boot

The national monument designation is a backdoor land grab

For those living on the East Coast who rarely encounter federal land, this may not seem like an important issue, but in western states, the vast amounts of land owned or controlled by the federal government are among the most important issues that states must face.

And the Obama administration is using the power of that land ownership to grind westerners under the federal boot, a kind of neo-feudalism where an absentee landlord federal government keeps western states and the citizens who live there as vassals and serfs.

Federal land ownership is heavily concentrated in the western states: in the 13 states west of Texas, the federal government owns or administers more than half of all land. In San Juan County, Utah, for example, only 8 percent of the land is privately owned, with only another 8 percent owned by the state of Utah.

And this land is overwhelmingly not used for national parks or military bases, which only amount to about 12 percent of federal land nationwide, and just 10 percent in San Juan County.

Federal lands are administered by a constellation of federal bureaus and agencies — with sometimes overlapping ownership and regulatory responsibilities — which compete to restrict and harass the people who live on or near federally controlled land.

Often already poor, western counties that contain federal land are deprived of tax revenues from those lands, leaving even less revenue to provide basic services to their citizens. Life in much of the West is a constant struggle with the federal bureaucracy simply to live and work.

While the oppressive burden of federal land is not a new issue in the West, the Obama administration — often in service to its far-left environmentalist allies — has taken a particularly aggressive and destructive attitude toward life in the West.

The Interior Department, in particular, has repeatedly sought to restrict or eliminate agricultural activities and energy development on federally administered land. In rural western counties like San Juan County, these industries often are the only sources of decent-paying jobs.

These federal efforts have frequently been stymied by litigation or the intervention of western members of Congress seeking to protect their constituents.

Rather than be deterred, however, the Obama administration has reached for a tool beyond the power of the courts or Congress known as the Antiquities Act. This act, passed in 1906, allows the president to unilaterally designate so-called national monuments to protect antiquities or historic sites.

Last year, Garfield County, Utah, declared a state of emergency owing to restrictive federal land-management policies, particularly stemming from the Grand Staircase National Monument designation declared by President Clinton in 1996, which was done without consultation or notification of local Utahans.

Twenty years later, timber harvesting has been eliminated, livestock are being pushed off the range, and mineral development has ceased. In an ominous sign for the future health of the community, the county has seen school enrollment plunge by 67 percent since the monument designation, leaving the county struggling to afford to keep schools open.

San Juan County, one of the poorest counties in the country and adjacent to Garfield County, is the next target of these anti-development monument-makers. Not content with the economic damage to southern Utah that resulted from the previous monument designation, radical environmentalists are lobbying for the creation of another massive monument in San Juan County to be called Bears Ears.

The Antiquities Act specifically notes that designated monuments should be confined to the smallest possible area to protect the targeted antiquities. The proposed Bear Ears monument would cover nearly 2 million acres, about the size of Delaware and Rhode Island combined.

It is laughable to pretend that this huge area is needed to protect antiquities. Rather it’s yet another step in the crusade by radical environmentalists to put as much land off limits to productive use as possible, a pattern that is repeated all across the western states.

Feudalism was abolished in Europe hundreds of years ago. The Obama administration should learn from history and abandon its neo-feudalism in the West.