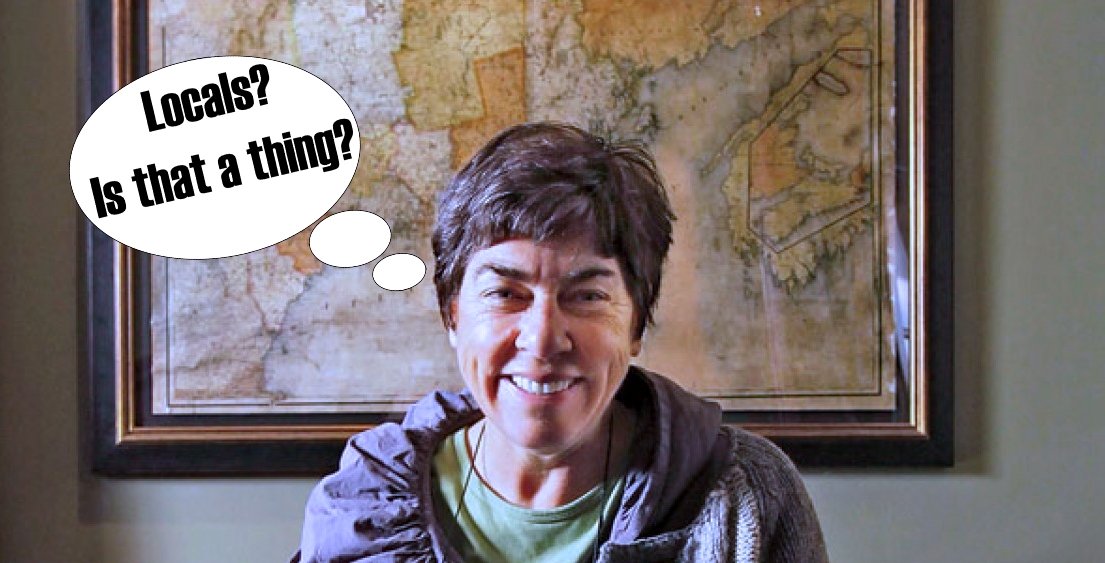 Its appetite for land is insatiable: millions will be spent, not improving visitor facilities, but acquiring land and demanding a larger park, after all the NPS sees no difference between a monument and a park.

Meanwhile, Maine’s misery has spread. Days later, Mr. Obama designated the Atlantic Ocean’s first marine national monument to the detriment of New England fishermen, their crews, and the shore-side businesses that support them.

Westerners worry about President Obama’s final edicts locking up vast federal acreage in park-like, no economic activity, and little recreational use national monuments, like the one by President Clinton in Utah’s Garfield County, which in 2015 declared itself in, “a state of [economic] emergency.” Ironically, Mr. Obama’s latest monument decree came, not out West, but “downeast” in Maine where locals fear similar economic devastation.

In August, Mr. Obama designated 87,654 acres purchased for the National Park Service (NPS) as a “seed” for its 1988 plan for a 3.2 million acre park by a wealthy cosmetic magnate who bought lands she closed to hunters and snowmobiles, as the Katahdin Woods and Waters National Monument. Roxanne Quimby was born in Cambridge, Mass., studied at San Francisco’s Art Institute during the Hippie movement, lived without running water or electricity in rural Maine, and, in the tradition of elixir hawkers, grabbed part (beeswax) of the “natural-is-good” fad, which she sold for a third of a billion dollars. (“I was inspired by the bees. [W]hat good little communists they are.”) As a National Park Foundation director, she wanted a park, (“a demonstration that there is something in America that I can love”), but that took local support and an act of Congress, which she never won despite her lavish media campaign.

Like Mr. Clinton, Mr. Obama flouted state and local opposition. Maine’s State Legislature passed and its governor signed a resolution against federalizing the area and a recent meeting of residents among the three discontiguous tracts in East Millinocket, echoing earlier town meetings, opposed the transfer. (Trapped within those tracts, by the way, on land Ms. Quimby bragged of owning but did not are 60 inholders who, like thousands before them, are NPStargets for removal.) Not surprisingly, 1,000-plus students, NPS employees, and bused-in NPS toadies at a University of Maine event an hour away in Orono favored the monument. Mr. Clinton enjoyed similar support for his 1.9 million acre Utah monument when he announced it, not in the Beehive State, but at Arizona’s Grand Canyon.

What is wrong with this picture?

First, the Antiquities Act was never meant for such things; it applies to items of antiquity. Congress’ concern: “the preservation” of “relics of prehistoric times,” “scattered throughout [America’s] Southwest.” Sadly, over the decades, presidents misused the statute as Congress fecklessly looked the other way, but that does not excuse Mr. Obama’s actions. Finally, Mr. Obama’s monument-being-managed-as, and on-its-way-to-becoming, a park violates a 1998 federal law requiring that Congress authorize all new park suitability studies.

Second, vast, let alone ever-expanding, federal land holdings were anathema to the Founders; they envisioned expeditious disposal of federal lands. A federal presence within sovereign states was the stuff of rebellion. Land over which the federal government exercised jurisdiction was to be purchased from states with their permission and the “Property Clause” granted Congress an unconditional power of disposition, but no specific power of ownership. Moreover, because the federal government would be “administered by men over men,” and not “angels,” the Founders knew, at its outposts among the people, tyranny would ensue.

Third, assertions the monument will revitalize the region in a shift from logging and milling to travel and tourism is consciously and cynically false; the NPS’s plan is to prevent development over millions of acres. The intent is anti-development wilderness, not a thriving economy. Moreover, the NPS is not a private landowner, not even one as unneighborly as Ms. Quimby; it is the sovereign and claims the right to make all the rules by which its neighbors are governed. Its appetite for land is insatiable: millions will be spent, not improving visitor facilities, but acquiring land and demanding a larger park, after all the NPS sees no difference between a monument and a park.

Meanwhile, Maine’s misery has spread. Days later, Mr. Obama designated the Atlantic Ocean’s first marine national monument to the detriment of New England fishermen, their crews, and the shore-side businesses that support them.

William Perry Pendley, a lawyer, is president of Mountain States Legal Foundation in Denver and author of “Sagebrush Rebel: Reagan’s Battle with Environmental Extremists and Why It Matters Today” (Regnery, 2016).