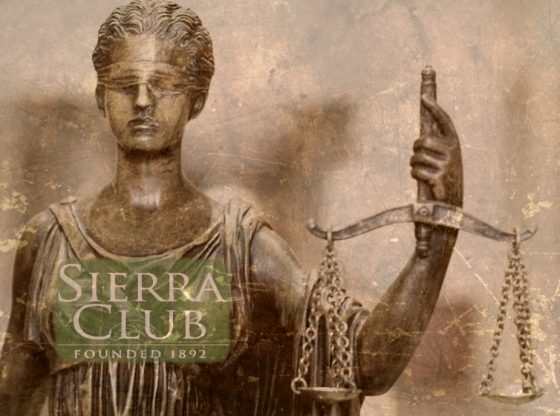 The EPA’s practice of handling lawsuits by using ‘consent decrees’ and ‘settlement agreements’ has violated norms of transparency and given outside groups–some of which are quite radical–significant power to affect federal policies.

Scott Pruitt, the new director of the Environmental Protection Agency (EPA) issued an official directive for the agency designed to end so-called ‘sue and settle’ deals. A common practice in federal regulatory agencies, the opaque and abusive ‘sue and settle’ practices have resulted largely from collusion between the agencies and outside influencers, most notably litigious environmental groups. The EPA’s practice of handling lawsuits by using ‘consent decrees’ and ‘settlement agreements’ has violated norms of transparency and given outside groups–some of which are quite radical–significant power to affect federal policies.

Shortly after his confirmation, Pruitt made it known that he would work to end sue and settle deals in his agency. Long decried by property owners groups, industry leaders and conservative members of Congress, sue and settle deals have incentivized–and enriched–numerous groups who use the courts to further their political agendas. In the directive memo released, Pruitt makes the case for ending sue and settle practices:

“Sue and settle,” as this tactic has been called, undermines the fundamental principles of government that I outlined on my first day: (1) the importance of process, (2) adherence to the rule of law, and (3) the applicability of cooperative federalism. The process by which EPA adopts regulations sends an important message to the public: EPA values the comments that it receives from the public and strives to make informed decisions on regulations that impact the lives and livelihoods of the American people. The rule of law requires EPA to act only within the confines of the statutory authority that Congress has conferred to the Agency, and thereby avoid the uncertainty of litigation and ultimately achieve better outcomes. Finally, EPA must honor the vital role of the states in protecting the public health and welfare under the principle of cooperative federalism as prescribed by the Constitution and statutory mandate.

The memo also describes the ways in which sue and settle deals have shut the public out of regulatory processes, and cites a ‘rushed rulemaking process’ that results from hasty settlements. Not only is there a lack of transparency and thoroughness when such deals take place, scientific scrutiny of the issues at hand may suffer. Among those procedural faults related to sue and settle deals is the failure of the agency to vigorously defend the action or regulation for which it is being sued; failure to address questions about why the agency chooses to settle or end court action with a consent decree; failure to involve the public in regulatory changes which often occur through sue and settle deals; and failure to take into account the impact of settlement on other other stakeholders. Pruitt makes clear in his directive memo that sue and settle ‘interferes with the rights of’ Americans who are excluded from regulatory decision-making, and more importantly, completely violates the rule of law by unduly empowering non-governmental groups to direct government regulations.

The EPA has suffered from distrust and a terrible lack of goodwill as a result of its overly- aggressive enforcement of regulations, incompetence, lack of accountability and lack of transparency. This directive may be one way Pruitt hopes to restore a measure of public confidence in his agency. The memo concludes with this:

By emphasizing the importance of process, adhering to the rule of law, and embracing cooperative federalism, EPA increases the quality of, and public confidence in, its regulations. Through transparency and public participation, EPA can reassure the American public that the rules that apply to them have been deliberated upon and determined in a forum open to all. Finally, the federal government must continue to improve engagement with the states, tribes, interested stakeholders, and regulated communities, especially when resolving litigation. The steps outlined in my directive today will help us achieve these noble goals and continue to improve us as an Agency.

The directive itself instructs EPA administrators and employees to ‘Promote Transparency and Public Participation in Consent Decrees and Settlement Agreements’ with the following procedural changes and clarifications:

Within thirty days of this directive (issued October 16, 2017), EPA shall publish online a searchable, categorized list of the consent decrees and settlement agreements that affect regulations

EPA will make information available to the public about the terms of each consent decree and settlement agreement, including attorney’s fees and costs paid

If EPA agrees to settle a lawsuit, it will seek to exclude the payment of attorney’s fees and costs to any plaintiff or petitioner in the litigation

If a consent decree or settlement agreement includes any deadline by which EPA must issue a final rule, the Agency must provide sufficient time (1) to modify its proposed rule if necessary, consistent with applicable laws and guidance on rulemaking, including any required interagency review or consultation, (2) to provide adequate notice and comment on the modified proposal, and (3) to conduct meaningful Agency consideration of the comments received on the modified proposal.

EPA will provide a public comment period of at least thirty days, unless a different period of time is required by law

Based on the timely public comments received, EPA may seek to withdraw, modify, or proceed with the proposed consent decree or draft settlement agreement

Green groups and other special interests which over the years have enjoyed a friendly, and undoubtedly profitable, relationship with the EPA, may go a little berserk with Pruitt’s directive to end ‘sue and settle’ deals.  More than just a mechanism to subvert representative government in order to implement extreme political agendas, sue and settle has long been a cash cow for the environmentalist movement. Nevertheless, private property owners, local governments, and straight shooters within the EPA will be happy to see this abusive application of the legal system come to an end.