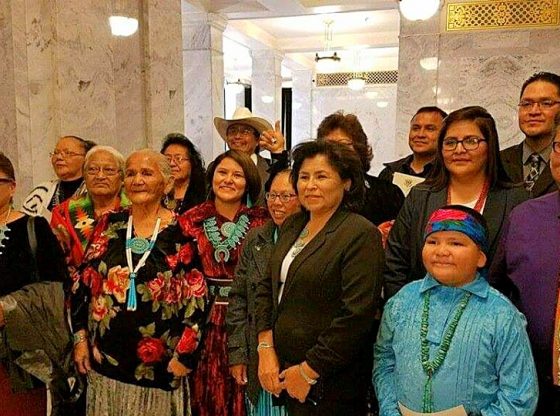 “The people who live nearby understand how Clinton’s and Obama’s actions harmed their communities.”

President Trump traveled to Utah this week to announce a reduction in the Grand Staircase–Escalante and Bears Ears National Monuments. The historic action demonstrates that the Trump administration is committed to abiding by the law — whether a majority of Americans want him to or not. The Antiquities Act — under which President Clinton and President Obama designated a combined total of 3.2 million acres in Utah alone — was created to protect antiquities, or objects of historic or scientific interest. To that end, it expressly requires that designations be “limited to the smallest possible area consistent with proper care and management of the objects to be protected.” The act is not a landscape-conservation tool, and using it as such is an obvious breach of the plain language of the law.

President Trump’s decision to shrink the two Utah monuments, which are bigger than all five of the state’s national parks combined, indicates that he is serious about squaring the use of the Antiquities Act with the intent of the Congress that passed it. Reducing the monuments, then, is the right decision, and a courageous one at that. Activist groups at the national level frequently point to special-interest opinion polls suggesting that most Americans oppose downsizing Bears Ears and Grand Staircase. It may surprise some, but I could concede that point. President Trump may not be doing himself any favors with the national electorate.

Every common-sense person supports the broadly stated principle of conservation, and polling questions, limited by space and perhaps colored by ideological bent, can do little more than frame the question reductively: conservation vs. non-conservation. Yet there is a more fundamental question that special-interest groups consistently overlook: The majority is not infallible. Indeed, the very structure of our government is built on that timeless truth. The rule of law and federalism — state and local control of state and local affairs — are designed to protect minorities from the majority when it goes too far. It should not be surprising that people who live in New York City, Washington, D.C., San Francisco, and everywhere in between — except, of course, near Bears Ears and Grand Staircase themselves — support maintaining monuments. They do not have to live with the consequences.

To grasp the full extent of the disconnect, compare the public support for Bears Ears with the virtually unanimous opposition from the people’s representatives in Utah and San Juan County: The county commission, the state legislature, the local chapter of the Navajo Nation, the governor, and every member of the state’s congressional delegation strenuously opposed the designation…