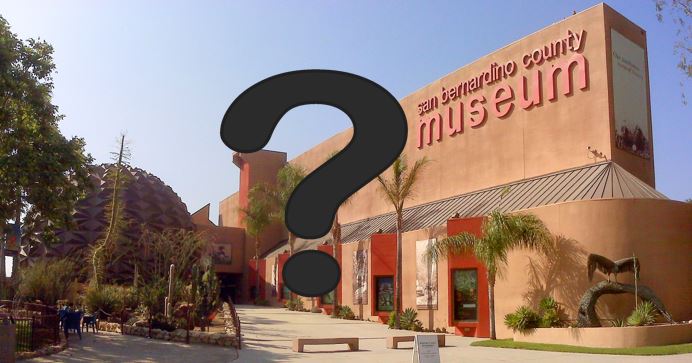 For more than a year, the public and the news media have not been allowed to see them, and it is not clear when the artifacts will be accessible to the public.

The Colorado River Indian Tribes, which consider the items sacred, also have not been allowed access to the artifacts inside the San Bernardino County Museum in Redlands.

Gathered during the construction of the Genesis solar-power plant in 2011 and 2012 west of Blythe, the artifacts remain in storage at the museum, where officials say they have no plans to put them on display for at least a year.

The tribes include the Mohave, Chemehuevi, Hopi and Navajo people. There are currently about 4,277 active Tribal members, according to the tribes’ website.

David Harper, spokesman for the elders of the Mohave tribe, said the tribes met with the BLM last week, asking for the return of all artifacts, photos of each and the location where each artifact was found.

“We’ve asked that they be returned to the desert where they came from,” Harper said. “We believe these are funerary items that were taken from their final resting place.”

Harper said the Colorado River tribes plan on bringing the issue to the National Congress of American Indians, which is meeting this week in Phoenix.

Harper said the Mohave people have lived in the region for more than a thousand years.

The artifact collection includes hundreds of metates and manos – stone tools used to grind seeds into meal – as well as hundreds of other tools, an indication that the archeological site was once an important food gathering and preparation hub for the earliest Americans.

2011: A significant archeological site is discover during grading, and a 125-acre section is cordoned off.

2012: The Colorado River Indian Tribes sue the BLM in federal court to protect the archeological site, but judge rules against the tribes and grading resumes.

2014: Tribal members are allowed to view the artifacts in temporary storage, and they report that many were broken, apparently by the construction machinery.

2015: About 3,500 artifacts are moved to the San Bernardino County Museum, where they remain in storage.

The federal Bureau of Land Management has denied repeated requests for a reporter and a photographer to view and take pictures of the artifacts. The agency instead provided government photographs showing what a spokesman for the agency described as “the types of artifacts collected at the Genesis project site.”

The BLM also declined a request to have one of its staff archeologists discuss the significance and disposition of hundreds of stone tools removed from the shore of what’s now known as Ford Dry Lake to make way for the Genesis solar plant about 20 miles west of Blythe.

And the agency seems to want to be done with the issue.

“The BLM has been as responsive and transparent as possible about the collection,” said BLM California desert district spokesman Stephen Razo in a Sept. 27 email, referring to documents, the government photos, and an internet link to a state agency provided by the BLM.

These releases “constitute a complete and comprehensive response,” Razo said.

But viewing for photographing will not be permitted because “the public is not allowed in the collections area,” Razo said in his email.

His statement also said that “moving hundreds of artifacts would also be an irresponsible expenditure of public resources and damaging to the artifacts.” In its request for access, the newspaper did not ask for any of the artifacts to be moved.

Rebecca Weintraub, a public relations experts and professor at USC’s Annenberg School for Communication & Journalism, said the BLM may not be up to anything nefarious, but its response may make people wonder.

“Such a response raises the question, “Is there something being hidden?” said Weintraub, who teaches strategic communications. “It seems short-sighted at best and deceptive at worst. … It’s a really, really bad strategy.
”UNCOVERED DURING GRADING
The artifacts, considered sacred by area tribes, were already the subject of controversy.

They were first discovered in 2011 during construction of the Genesis solar plant on three square miles of BLM land. The grading by heavy machinery unearthed two flat metates found in a layer of charcoal soil – which members of the Colorado River Indian Tribes described as a sacred cremation site of the Mohave people.

A 125-acre area rich with artifacts was fenced off later when the tribes sued the BLM in federal court to force the solar plant’s developer to preserve what tribal officials believed was the site of an ancient village along the shores of the lake.

A judge in federal court in Los Angeles ruled in favor of the BLM in 2012, and developers resumed grading. In all, more than 3,500 artifacts were uncovered, including 524 metates, 402 manos, 90 hammer stones, 17 scrappers, and a pendant.

During the grading, Florida-based developers with NextEra Energy, which also owns Florida Power & Light, the nation’s third-largest electric utility, did avoid an area about the size of table where the two metates in charcoal soil were found.

Many of the artifacts, some of which might date to 10,000 years ago, appeared to have been broken by the machinery used to dig them up, said members of the tribes, who were able to view them in 2014 when they were in temporary storage in a San Diego warehouse.

The tribes have sought possession of the artifacts, saying they want to return them to the desert to restore the sacred footprints of their ancestors.

Last year the artifacts were moved to the San Bernardino County Museum in Redlands. They are being stored for the BLM for a one-time cost of $177,000. The storage price is $1,000 per banker-sized box.

NextEra picked up this cost, according to the BLM.

Razo was unable to say when the artifacts might be put on display.

“Exhibits in museums are constantly being rotated, it remains to be seen when, what portion or if that will occur,” he said in his email.

San Bernardino County spokesman David Wert said that museum exhibits are planned a year in advance and there are no current plans to display artifacts from the Genesis site.