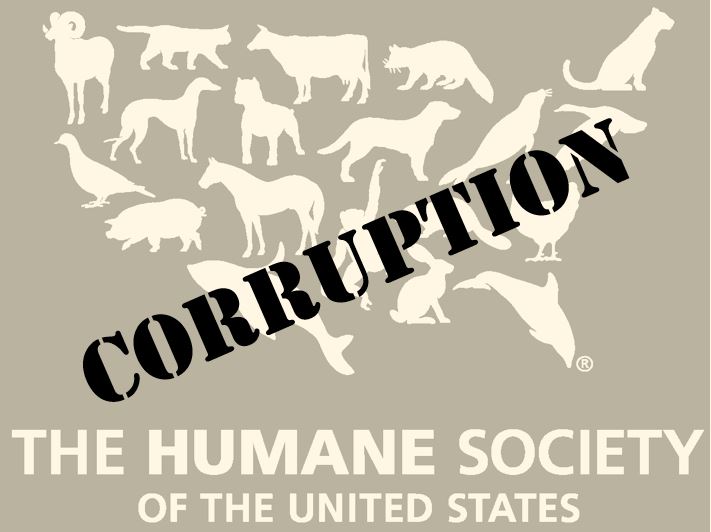 As the road to Hell is paved with good intentions, in the case of HSUS, the road to radicalism has been paved with donations from well-meaning animal lovers. The basis of HSUS’ failure is its institutional dishonesty. It is not about animal welfare, but extremist political activism, and the hubris of its predatory CEO has finally brought that sordid reality into the national spotlight.

First established in 1954, the Humane Society of the United States (HSUS) was once considered the very model of animal welfare, but as its has grown more extreme, and its millions in donations have gone to big salaries, radical initiatives, and fund raising efforts, the veil of humanity as fallen away and its money-grubbing corruption has been exposed. Protect the Harvest and Humanewatch.org are among several coalitions which have fought to expose HSUS and warn Americans of its abuses and radical efforts to end pet ownership and destroy the livestock industry. Its proverbial fall from grace began with reports that the millions in cash donated by well-meaning animal lovers was not going to shelters and rescues at all, but to bloated salaries, political activism, and court actions.

In 2016 Humanewatch published a devastating analysis of HSUS’s expenditures and activities, which includes these points:

HSUS gives only 1 percent of its donations to shelters:

“HSUS raises millions of dollars from American animal lovers through manipulative advertising. An analysis of HSUS’s TV fundraising determined that more than 85 percent of the animals shown were cats and dogs. However, HSUS doesn’t run a single pet shelter and only gives 1 percent of the money it raises to pet shelters while sucking money out of local communities.”

“While it raises money with pictures of cats and dogs, HSUS has an anti-meat vegan agenda. Speaking to an animal rights conference in 2006, HSUS’s then-vice president for farm animal issues stated that HSUS’s goal is to “get rid of the entire [animal agriculture] industry” and that “we don’t want any of these animals to be raised and killed.”

HSUS was hit was a federal racketeering lawsuit, and had to pay millions in a settlement:

“In May 2014, HSUS was part of a $15.75 million settlement of a federal racketeering lawsuit. Feld Entertainment sued HSUS, two of its in-house lawyers, and others under the Racketeer Influenced and Corrupt Organizations (RICO) Act for bribery, obstruction of justice, fraud, and other torts. Court documents indicate that HSUS sent several checks as part of an alleged witness-payment scheme.”

“HSUS’s senior management includes a former spokesman for the Animal Liberation Front (ALF), a criminal group designated as “terrorists” by the FBI. HSUS president Wayne Pacelle hired John “J.P.” Goodwin in 1997, the same year Goodwin described himself as “spokesperson for the ALF” while he fielded media calls in the wake of an ALF arson attack at a California meat processing plant. In 1997, when asked by reporters for a reaction to an ALF arson fire at a farmer’s feed co-op in Utah (which nearly killed a family sleeping on the premises), Goodwin replied, “We’re ecstatic.”

After getting a big donation from the Philadelphia Eagles, HSUS former CEO, Wayne Pacelle, endorsed Michael Vick as a worthy pet owner:

“HSUS’s CEO endorsed convicted dogfighting kingpin Michael Vick getting another pet. After Vick got out of prison, HSUS CEO Wayne Pacelle told the press that he thought Vick “would do a good job as a pet owner.” This startling comment came after Vick’s new employer, the Philadelphia Eagles, made a $50,000 “grant” to HSUS.”

Even the left-wing Huffington Post castigated HSUS in a 2012 article titled, “Please Don’t Give to the US Humane Society if You Care About Pets.” HuffPo made the case, saying:

First of all, the Humane Society of the United States — the HSUS — has no connection whatsoever to your local Humane Society: the one that runs your local shelter. Second, even those local Humane Societies aren’t generally all that humane: most operate high-kill shelters that routinely slaughter healthy dogs and cats. Third, although the HSUS does make a great show of standing up for abused animals — and sometimes accomplishes good things, and sometimes very much the opposite — there’s nothing remotely selfless about this behavior. Why? Because, fourth, the HSUS just isn’t all that charitable. Bear with me, and we’ll hold a magnifying glass to their generosity, including their recent sorry report card from CharityWatch.

Like its sister organizations, PETA and ASPCA, HSUS has had some success pushing legislation that makes it expensive, sometimes impossible for pet and/or livestock breeding facilities to operate. This is one facet of implementing their radical anti-pet, anti-livestock ownership agendas. One such policy initiative would place onerous requirements on dog breeders. Protect the Harvest reported that in 2012, under pressure from HSUS:

…the USDA Animal and Plant Health Inspection Service (APHIS) announced a proposed revision to the Animal Welfare Act (AWA) that would change current rules for “retail pet breeders.” This proposal could bring detrimental changes for ALL pet breeders, giving the USDA complete oversight of any pet breeding facility – specifically dog breeders. Essentially, the rule would regulate large and small facility dog breeders alike. So whether you sell one dog or one hundred, the USDA would have the right to regulate your business with STRICT penalties. The rule contains language that:

American Kennel Club (AKC) is an organization that helps promote the proper buying and selling of dogs nationwide. AKC is strongly opposed to the rule, raising questions about how the law would be enforced and trying to show how unintended consequences could force law-abiding breeders to cease operations.

Another way HSUS seeks to implement its policy agenda is by pumping millions into political races, buying off candidates who side with them on state and national issues related to wildlife, agricultural and commerce. In 1994, Wayne Pacelle made his political vision crystal clear when, according to Activist Facts, he said:

“‘that his goal was to build ‘a National Rifle Association of the animal rights movement.’ And now, as the organization’s leader, he’s in a position to back up his rhetoric with action. In 2005 Pacelle announced the formation of a new “Animal Protection Litigation Section” within HSUS, dedicated to “the process of researching, preparing, and prosecuting animal protection lawsuits in state and federal court.”

HSUS’ hand-picked candidates clearly gain an edge with the donations–that, by the way, are not going to help puppies and kittens–having an 85 percent win rate over their competitors. In 2014 alone, HSUS dumped $5 million into political races.

As a result of its dubious, non-animal welfare-related activities, in 2014 HSUS was widely exposed as a political propaganda machine, and a ‘donor advisory’ was published, warning of its misappropriation of funds. In August of 2014, AgWeb reported:

Charity Navigator, a respected source of information on charitable organizations, has revoked the rating for the Humane Society of the United States (HSUS) and issued a “donor advisory” for the organization, which has often tangled with farmers over livestock practices.

HSUS’ charity rating continues to be downgraded, but the biggest blow to HSUS has been negative publicity sparked by its internal sex scandals. Wayne Pacelle, once lauded as an effective CEO for his ‘charisma’ and fundraising skills, recently resigned from HSUS over shocking allegations of sexual harassment from several female employees. The New York Times reported on the explosive nature of the scandal:

By the end of the day, though, the group’s leaders were no longer able to contain the damage.

Jennifer Fearing, who worked as a lobbyist for the Humane Society, said early Friday that because of the board’s decision to retain Mr. Pacelle, she would not renew her contract to work for the organization.

“I can’t make any sense of the board’s decision to end the investigation,” she said. “Women were still coming forward yesterday. That these so-called leaders weren’t inclined to learn more about the sexualized culture that many employees experienced over many years is beyond comprehension to me and feels like a betrayal of trust.”

Pacelle was replaced by Kitty Block, but replacing a male sexual predator with a female CEO is unlikely to save HSUS’ failing public image. With a past track record of success, one of the nation’s largest ‘animal rights’ special interest groups is now losing donors and political battles across the country. In 2013 it lost its lawsuit against American pork producers. In 2014 HSUS lost in a federal RICO case and had to pay a settlement of over $15 million to Field Entertainment. In 2015 Discover Card dropped HSUS. Last month, the Better Business Bureau removed the accreditation for HSUS. It continues to lose donors. And most recently, possibly as a result of weakening support and a loss of credibility, HSUS dropped efforts to ban trophy hunting in Arizona.

As the road to Hell is paved with good intentions, in the case of HSUS, the road to radicalism has been paved with donations from well-meaning animal lovers. The basis of HSUS’ failure is its institutional dishonesty. It is not about animal welfare, but extremist political activism, and the hubris of its predatory CEO has finally brought that sordid reality into the national spotlight. There is one fail-proof rule of thumb when it comes to animal welfare: Don’t give a cent to corporate animal rights organizations, instead, give to reputable local rescues and shelters. 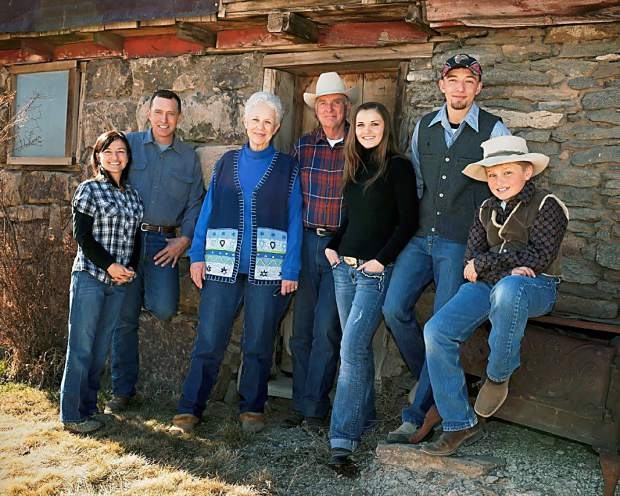 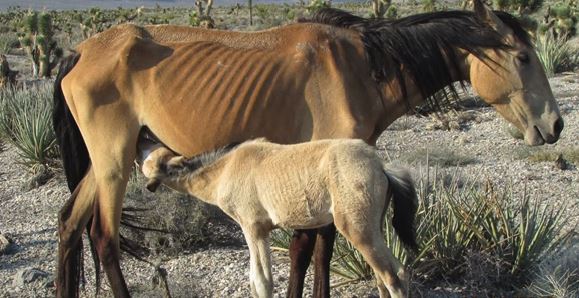