Join us and celebrate the 21st Century Sagebrush Rebellion 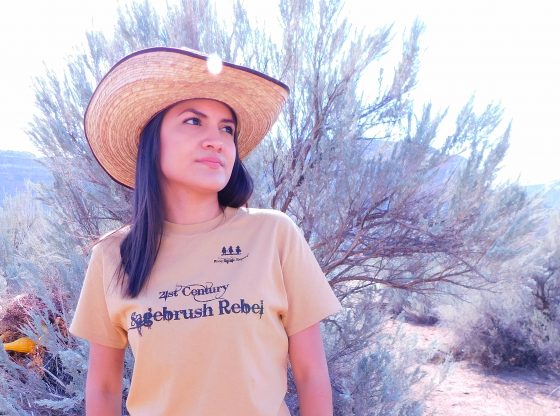 What is the Sagebrush Rebellion?

When Ronald Reagan became President, he was cognizant of the impact radicals in the environmentalist movement, over-regulation, and oppressive federal agencies were having on the development of natural resources, grazing, and property rights in the West. Some say the original Sagebrush Rebellion burned out, or that the rebels were defeated. The truth is, the rebels quietly went back to their living their lives, while becoming more savvy about the one thing most hard-working Americans would rather not deal with; politics.

Since those days, the extremist branches of Environmentalism have grown more powerful–and have done so, to a large degree, on the taxpayer dime via sue and settle litigation–and more embedded in federal land management agencies. Regulatory agencies, such as the EPA, have become increasingly irresponsible, unaccountable, and frightfully powerful, prosecuting citizens for relatively minor pollution and burning incidents, while dodging the consequences of their own government-caused disasters. Rural Americans, especially those in Western states, where the federal government controls a majority of lands and resources, has been oppressed, ignored and abused for too long by out-of-touch bureaucrats living in a city thousands of miles away, whose small policy decisions carry enormous human consequences. And so, there is a growing movement afoot to restore equality to Western states, and renew respect for the people who feed the nation, produce essential fuels, and bring forth from the earth the minerals that make technological progress possible; a 21st Century Sagebrush Rebellion.

The 21st Century Sagebrush Rebels are not extremists, they are simply Americans who embrace the Founders’ premise that government exists to protect the rights of citizens, and governs according to the will of the people. The new Sagebrush Rebellion is simply about good government, responsible stewardship of lands, water, resources and private property. It is about the presumption of innocence, until one is proven guilty in a court of law. 21st Century Sagebrush Rebels want their voices to be heard by elected representatives. Instead of conflict, they want cooperation, understanding, and localized planning on the parts of those in government charged with facilitating the responsible development of resources of public lands.

Free Range Report was born a year ago, and has since then reached hundreds of thousands of readers across the country.  We are a non-profit, independent news source dedicated to telling the stories of hard-working Americans who devote their lives to creating wealth from the earth, and all good things that come from it. With a focus on natural resources-related policy, obstructionist litigation that hurts rural communities, and government run-amok, we report the news you will need to defend your property rights, and preserve this nation’s Western outdoor heritage.