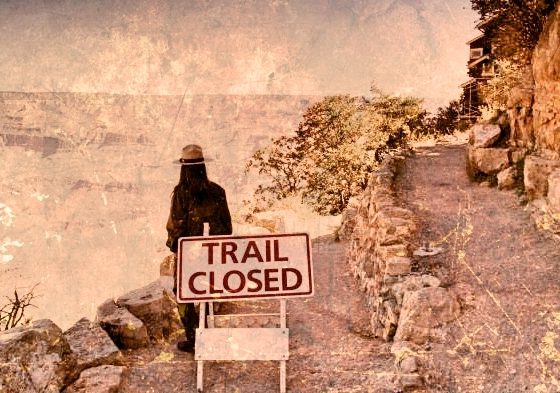 While federal restrictions in national parks have done little to protect the lands and objects within them from severe wear and tear, there are many popular activities that are still prohibited within these ‘protected’ areas. Numerous national parks experiences are out of reach for elderly Americans, small children, and people with disabilities due to restrictions on off-road vehicles.

The National Park Service has amassed an immense maintenance backlog in recent years, and despite a yearly budget of nearly $3 billion dollars and hordes of volunteer help, its iconic sites continue to suffer from degraded infrastructure, vandalism and issues threatening visitor safety, including crime and dangerous trail conditions. Deferred maintenance costs for the National Parks Service (NPS) alone are upwards of $12 billion, and growing. NPS, like other federal land management agencies, has enjoyed fat budgets, but administered them wastefully and ineffeciently. In 2015 NPS conducted a $66,000 study into why insects are attracted to light. The agency has also been excoriated for spending big bucks on items of historical and natural significance, then allowing them to slip into disrepair. Another troubling issue are NPS top-heavy administrative costs. In 2013, Senator Tom Coburn called into question the fact that nearly one-fifth of the NPS budget, $650 million, was going to top administrators.

Conditions at national parks have grown worse as visitor numbers have steadily risen. While federal restrictions in national parks have done little to protect the lands and objects within them from severe wear and tear, there are many popular activities that are still prohibited within these ‘protected’ areas. Numerous national parks experiences are out of reach for elderly Americans, small children, and people with disabilities due to restrictions on off-road vehicles (OHVs). Interior Department Secretary Ryan Zinke is facing conflicting issues such as big budgets and crumbling infrastructure, and prohibitions to access along with unacceptable decay. It appears that Zinke’s western roots, and understanding of these paradoxical problems within the NPS, are a compelling factor in his policy proposals.

Increased privatization has been put forward as a way to improve services in national parks, as well as increase accessibility to areas now off-limits to visitors who are unable to reach them on foot. According to a June 13 article in the Flathead Beacon, Secretary Zinke has invited private interests to play a larger role in park management. It reports:

U.S. Interior Secretary Ryan Zinke has invited private entities to play a larger role in managing National Park Service campsites, a move the Whitefish native says could help relieve a sizable burden from a federal agency chafing under the constraints of a lean budget.

Private companies already run lodging and concessions throughout the national park system, including in Glacier National Park, where Xanterra Parks and Resorts — the largest government contractor for hotel and concession services in national parks — operates lodging, retail, transportation, and food and drink within the park.

The article points out that certain ‘conservation’ groups, such as the progressive Western Values Project, oppose any level of private involvement in park management. Their stated fear that private managers would limit public access and ‘throw hard-working rangers under the bus’ is unfounded, especially when you considering that national parks such as Yosemite and Zion, are having to limit visitor numbers because parking lots, trails, cabins, restrooms, etc. are already hurting from overcrowding and disrepair, and motor coaches are the primary means of access.

Creating public-private partnerships goes beyond running and maintaining existing facilities, to formulating new ways to accommodate visitors by expanding private rentals and other services, and improving access by making parks more OHV and Recreational Vehicle (RV) friendly. On July 18, Secretary Zinke met with leaders of the RV industry, as well as others representing outdoor recreation corporations. He announced the creation of the “Made in America Recreation Advisory Committee,” and according to the press release issued by the Interior department:

The Secretary hosted a roundtable meeting which focused on leveraging public-private partnerships in order to improve visitor experiences on public lands and waters, while also helping to reduce the Department’s maintenance backlog. Public-private partnerships are already employed extensively across the National Park Service and other agencies, from managing campgrounds and restaurant management to providing kayak and RV rentals.

“One of my top priorities is to expand recreational access to public lands and waters. Today I’m excited to announce that, for the first time, the Department of the Interior will host a recreation advisory committee dedicated to looking at public-private partnerships across all public lands, with the goal of expanding access to and improving the infrastructure on public lands,” said Secretary Zinke. “We already have thousands of private partners who operate on federal lands. Whether it’s the iconic Jammers in Glacier National Park, the historic El Tovar lodge at the Grand Canyon, or the kayaks that you can rent on the Potomac River, American workers are at the heart of helping American families experience our great outdoors.”

The panel includes representatives from the RV, boating, snowmobile, motorcycle, and hospitality industries, as well as several elected leaders (see full list of panel members below). And, although their work is in its early stages, some initial suggestions for improving the national parks/national monuments experience have been put forth, such as; improving boat ramps, RV hookups, and cafeteria services, expanding Wi-Fi connectivity in parks, upgrading visitor accommodations, expanding visitor services, and increasing accessibility to sites. The participants believe that all of this can be accomplished with zero additional cost to the American taxpayer.

The Made in America Recreation Advisory Committee

Secretary of the Interior Ryan Zinke

Made in America Partners