Fossils: The new rationale for locking up lands and resources

Home /Extreme Greens, latest_news/Fossils: The new rationale for locking up lands and resources 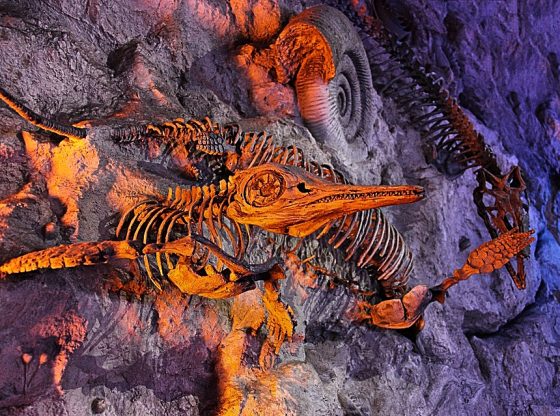 Amazingly, astonishingly, earlier this year, just after President Trump used his executive authority to reconfigure two massive national monuments in Utah, ‘spectacular,’ ‘major cashes’ of fossils in the very areas trimmed away from the original Clinton/Obama designations were suddenly thought to be endangered. It’s downright uncanny!

No matter what the era or the issue, the extreme green movement has one answer to all environmental questions; Lock it Up. The presence of things such as ‘old growth’ trees, cute (sometimes endangered, sometimes not) critters, antiquities, sacred lands, wilderness, and ‘fragile’ environments and bodies of water have all been used as a rationale for locking lands and their resources up from development. The attempt to avoid future catastrophe, whether due to ‘climate change,’ overpopulation, deforestation, extinction, or whatnot, provide the thinking behind slogans such as, ‘hug a tree,’ ‘save the whales,’ and ‘protect the earth, there’s nowhere else to go.’ But extreme greens in the west, where the arid, mostly-naked dirt is constantly yielding up evidence of past catastrophes, have switched the narrative from, ‘protect the earth and living things,’ to ‘protect the looooong-dead.’ ‘Save the fossils’ can now be added to the litany of frenzied justifications for locking up lands and resources.

Case in point: Amazingly, astonishingly, earlier this year, just after President Trump used his executive authority to reconfigure two massive national monuments in Utah, ‘spectacular,’ ‘major cashes’ of fossils in the very areas trimmed away from the original Clinton/Obama designations were suddenly thought to be endangered. It’s downright uncanny! After millions of years those fossils, some of dinosaurs, some of dinosaur tracks, some of early fish and other vertebrates, just seemed to rise out of the red dirt and mosey right smack into the middle of a political narrative.

A recent Huffpo article cited a Triassic Era paleontological dig near the altered ‘Bears Ears’ monument, that predates Obama’s designation. The lead paleontologist, Robert Gay, was quoted, “This is the find of a lifetime,” he said. “I will probably spend the rest of my career working on this site.”  One may conclude that Gay isn’t terribly worried that evil ‘big oil’ will move in, kick him out, and plunge massive sippy straws into the high desert dirt, obliterating countless precious fossils in the quest for fossil fuel. Noting that this one fossil bed would yield a lifetime of work for him, Gay confirmed what has been true for decades; Utah’s wondrous fossil beds are abundant, relatively accessible, and will remain so because they are protected by law, with or without federal monument designations. Did Gay, according to Huffpo, oppose Trump’s changes to ‘Bears Ears?’ Yes, but his real concern isn’t threats to the fossils, it’s cash. The article says:

Gay still has a permit to work the site, but because it is no longer part of a national monument, he and his team are unable to use the $25,000 grant they received through a special Bureau of Land Management program that funds research on conservation lands. Gay said he can use the funds for other sites still in the monument, but not this one. Work at the site will remain stalled until the team locates another source of funding.

The Hill, however, posted an article on February 23 with the misleading title: New dinosaur fossils found on land no longer protected by Bears Ears National Monument. Anyone who lives in southeastern Utah can tell you that, with our without a national monument, those lands are already ‘protected’ by multiple, often overlapping layers of federal and state designations. Prior to Obama’s ‘Bears Ears’ proclamation, some ninety percent of San Juan County was already under heavy government control in the forms of other national monuments, wilderness study areas, BLM-managed lands, national forests, national recreation areas, Canyonlands National Park, Indian Reservations, and state trust lands. It’s hard to find a square acre in the region that is not ‘protected,’ i.e. under the control and supervision of government agencies.

The Hill article quoted the near-hysterical remarks of the Wilderness Society’s Scott Miller:

“That President Trump acted to revoke protections for these lands is outrageous, and that he did so despite the Department of the Interior knowing of this amazing discovery is even more shocking,” he continued. “I hope the courts will act quickly to restore protections for Bears Ears National Monument before any more fossils are looted from the area and lost to science.”

What Miller fails to point out is that the the fossils have been around for millions of years, and Obama’s designation lasted approximately 11 months. Looting was illegal before the designation and is still illegal following Trump’s rollback. If Miller were an honest guy he would point out that ‘Bears Ears’ was pushed primarily by the outdoor recreation industry, in the hopes that another national monument would bring millions of new visitors to the area. If protecting fossil beds is your goal, turning the area into a gigantic, federally-run tourist attraction is the last thing you want to do.

But Bears Ears was not the only bloated monument that Trump put on a diet. Grand Staircase-Escalante, designated by President Clinton in 1996, was also trimmed back a bit and, incredibly, since that time fossils have become issue number one for the extreme green interests in south-central Utah! EarthJustice posted a rant explaining why the green left intends to sue the pants off the Trump Administration. It reads, in part:

“President Trump has perpetrated a terrible violation of America’s public lands and heritage by going after this dinosaur treasure trove…While past presidents have used the Antiquities Act to protect unique lands and cultural sites in America, Trump is instead mangling the law, opening this national monument to coal mining instead of protecting its scientific, historic, and wild heritage. We will not let this stand. We will use the power of the law to stop Trump’s illegal actions.”

Well, that’s just silly. The fossils were protected before Bill Clinton ever diddled Monica Lewinsky, and they’re still protected today. Plus, Trump’s executive authority under the Antiquities Act allows him to reconfigure the monuments that Clinton and Obama created using that same authority.  An article in the Wall Street Journal, ‘In Utah, Fossils versus Fossil Fuels,’ confirms:

State and federal officials who pushed for the monument’s reduction said dinosaur fossils will remain protected under statutes including the Paleontological Resources Preservation Act, which authorizes civil and criminal penalties for harm or theft of prehistoric resources such as dinosaur bones.

Michael Noel, a Utah state representative and former employee of the Interior Department’s Bureau of Land Management, said dinosaur digs won’t be damaged by mining because of “layers of protections” including requirements for an environmental impact analysis before work can be done in the area.

The folks who gnash their teeth over oil and gas and coal companies potentially damaging or limiting access to fossil beds, are on the same side of the political discussion as the big outdoor recreation corporations pushing for bigger monuments to attract more tourists to the area. But do they care that each of those tourists has two feet, and a million tourists wearing two million hiking boots can do a helluva lot of damage to fossils–and other precious things–at or near the surface of the ground? The hypocrisy is obvious, and the political agenda is as naked as a Teratophoneus skeleton.

So, keeping in mind that fossils are PROTECTED by federal law, and that the big monuments advocates don’t seem at all concerned about the damage two million hiking boots can do to fossils, it’s safe to say that ‘Save the Fossils’ is just another ossified iteration of ‘Lock it Up.’