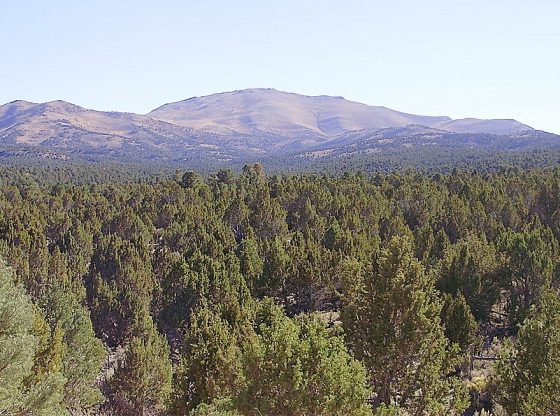 You know things are getting weird when even sage grouse can’t convince the enviros that trees require human management to ensure healthy habitat for birds and other critters. Short and scrubby, pinion and juniper trees are choking out prime sage grouse habitat in Utah and other states, so efforts to improve habitat for the birds have been underway for years, and they’re working. But like forests in the Pacific Northwest, the pinion and juniper stands have become a pet cause for which environmentalist groups file lawsuits. Southern Utah Wilderness Alliance (SUWA), et al., are actually trying to block efforts to stem pinion and juniper overgrowth and bring balance to the ecosystems in question. This pattern of environmentalist obstruction goes back decades.

The ‘let it burn because it’s nature at work’ ethos is an unworkable and disastrous management strategy for several reasons. First, there is no such thing as a ‘pristine’ ecosystem. Since man arrived on the continent, all ecosystems have been altered, including forests and riparian areas. Desert wastelands (Salt Lake Valley, Phoenix) have been turned into blooming oases, and seas of sagebrush have become islands of agriculture. North America’s forests are no exception. Early Native Americans cultivated trees for their own uses, and up until Smokey Bear arrived on the scene, forests were considered by everyone to be a resource for the timber necessary to build a nation. But the preservationist philosophy behind Smokey’s PR campaign, has altered our forests in a disastrous way. As America became more urbanized, folks lost touch with the natural–and often unpleasant–life and death cycles of forests, and the animals that live in them. All organisms grow, reach maturity under the best circumstances, then age, weaken and die. Trees follower a slower cycle than woodpeckers and mule deer, but everything dies. And trees, with their slow death and decay cycle, are the ideal fuel for wildfires.

Nevertheless, the environmentalist movement has made a mint by preying on America’s soft, suburban sentiments; giving trees the persona of sentient, eternal guardians of nature, and by creating the mythology that even wild animals can only be saved from destruction by monthly donations from dreamy-eyed idealists. But the truth is, everything dies, and if forests are not managed using logging, clearing and underbrush control (grazing), trees become choked by overgrowth, young trees are starved of water and sunlight, older trees are weakened and subject to disease and insects, and the forest becomes overcrowded with dead and dying biomass. Inevitably, the trees and animals in it will burn. But the mislabeled ‘environmentalists’ don’t appear to be concerned with such trivialities.

These groups, in general, abhor forest management, and the Southern Utah Wilderness Alliance has been recently called out for its actions which lead to Utah’s devastating Brian Head fires last summer.

The Bureau of Land Management projects involving 192,000 acres in the Great Basin are designed to boost rangeland health of imperiled greater sage grouse, wildlife and wild horses and burros.

But the Southern Utah Wilderness Alliance, joined by Wild Utah Project, said the federal agency failed to take a “hard look” at the impacts of chaining or using techniques like a bull-hog, a mastication machine that uproots and mulches trees.

A federal court hearing was held on the matter Friday.

The BLM approved a general plan of pinyon-juniper tree removal in a 2014 environmental assessment, which was not opposed by SUWA at the time. The analysis found there would be no “significant impact” from using mechanical means to clear pinyon-juniper.

Attacking pinyon-juniper density in the West is a practice adopted by not only the BLM but multiple states and conservation organizations to boost populations of greater sage grouse and other wildlife and to improve the health of vegetation like sage brush and grasses.

Conifer encroachment, according to a study by The Nature Conservancy, the University of Idaho and the Natural Resources Conservation Service, can have signficant impacts on sage grouse.

Steve Bloch, attorney with the Southern Utah Wilderness Alliance, said the BLM failed to follow environmental law by not evaluating site-specific impacts of the tree clearing.

Rather, he argued in a federal court hearing Friday, the BLM took a “30,000-foot view” with its analysis and didn’t consider specific geographic areas.

He compared it to proposing to “chain” or do tree removal of Holladay, which would have far different effects than elsewhere.

Bloch also pointed out the trees subject to removal are one, two or possibly even three centuries old with inherent value — like 100-year old rose bushes.

Judge Jill Parrish scrutinized his arguments, asking if the same “irreparable harm” would apply if a patch of noxious weeds were removed that had completely taken over an area of land.

SUWA had sought an injunction against the tree clearing project, which Parrish denied Friday.

Related: Panicked enviros throwing everything at the courts to see what sticks