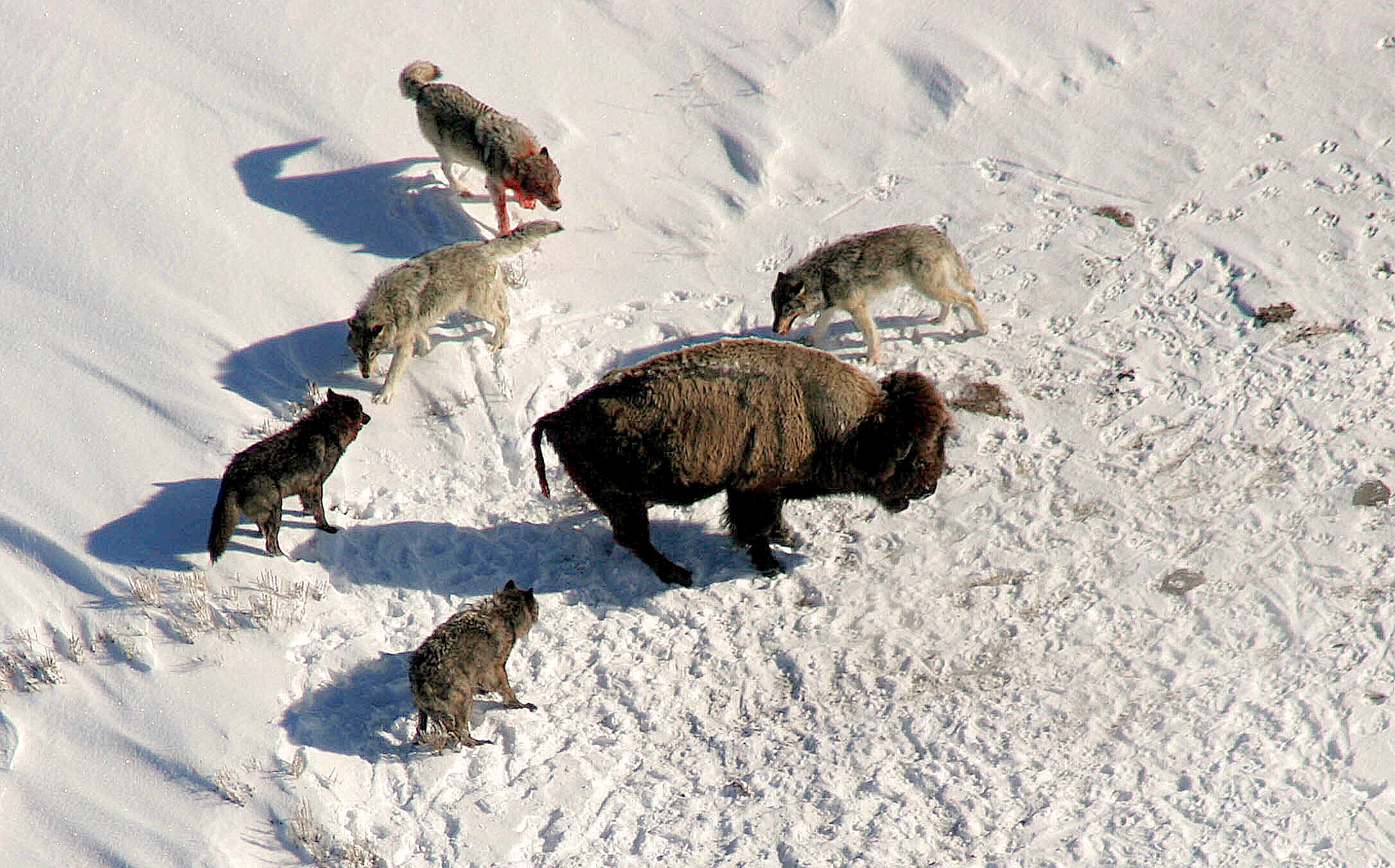 For far too long the pro-wolf crowd, with an extreme financial incentive for continued wolf protection, has dominated media presences perpetuating falsehoods. The fact often untold is that environmental and animal rights groups make a large portion of their revenue by vilifying ranchers and hunters…

For far too long the pro-wolf crowd, with an extreme financial incentive for continued wolf protection, has dominated media presences perpetuating falsehoods. The fact often untold is that environmental and animal rights groups make a large portion of their revenue by vilifying ranchers and hunters by portraying them as wanting to “exterminate” wolves  and claiming “wolves are on the verge of extinction!”

These blatantly false statements are nothing but tactical marketing ploys to raise funds to continue their frivolous lawsuit cycle in an effort to prevent wolves from being properly managed by state wildlife professionals.

Myth: Wolves Only Kill What They Eat

Myth: Wolves Only Kill The Old and Sick

Myth: Wolves Are Endangered or Near Extinction

What Groups Perpetuate These Myths?

“There are no known gray wolf attacks on humans in modern times in North America .”- USFW

The definition of “modern times” according to the Merriam-Webster dictionary is: the present or the immediate past.Considering most animal rights and environmental groups claim that the wolf has been nearly extinct since the early 1900s, it’s obvious that there would be no documented attacks, so let’s evaluate times when wolves were plentiful. Historically Documented Attacks, When Wolves Were Plentiful*:

Italy: Between the 15th and 19th century 440 people were killed by wolves

North America: Prior to the 1700s there were no records kept on wolf attacks. However, there is a lot of folklore from Native American culture which depicts wolf attacks. In 1807 during the Lewis and Clark Expedition camped on the shores of the Yellowstone River when a wolf came into camp and bit Private Richard Windsor.

In 1922 a trapper and two Indians sent to find the trapper were found killed by wolves.

MODERN TIMES, WHEN WOLVES ARE “NEAR EXTINCTION”*:

In 1974-1975 wolves killed 165 dogs in Fairbanks, Alaska, which resulted in the killing of 13 wolves. After the wolves were culled, the attacks reportedly drastically dropped.

In 2000, 23 year old Scott Langevin was attacked by a wolf while sleeping on Vargas Island in British Columbia.

In 2005, Kenton Carnegie was attacked and killed by wolves in northern Saskatchewan.

In 2005, Fred Desjarlais  was attacked in Saskatchewan when returning home from Key Lake.

In 2006 six people were attacked by a wolf in Ontario.

In 2010, Candice Berner was jogging in Chignik Lake, Alaska when she was attacked and killed by wolves.

In 2013, a good samaritan driver Dawn Hepp was attacked by a wolf on the side of the road in Manitoba.

In 2013, a teenager was attacked while in his sleeping bag in Minnesota. He physically pried the wolf’s jaw open to remove his head.

Many other “close calls” have been reported.

WOLVES ONLY KILL WHAT THEY EAT – BUSTED

Definition of Surplus Killing: a common behavior exhibited by predators, in which they kill more prey than they can immediately eat and then cache or abandon the remainder.

Early in calving when the wolves are hungry, they eat the entire calf they kill. As calves become more abundant, wolves shift to killing and only eat small portions of the calves. Finally, as the majority of calves have been birthed and wolves no longer need sustenance they begin to wound or kill large quantities of calves without eating any portion. – Pat Valkenburg, Alaska Fish and Game, June 2014

In June 2004, the nine wolves in the Cook pack, according to High Country News, killed 70 sheep, far more than they could eat.

In August 2009, according to the Missoulian, wolves killed 120 sheep near Dillon, Montana.

Sometime in 2009, according to multiple sources, wolves killed 105 sheep on a ranch in Idaho.

In February of 2011, the Canadian Journal of Zoology found 34 caribou calves killed by wolves.

Examples From Michigan between 2006 – 2008, according to Michigan Live:

Thirty-eight geese and 12 ducks were killed a month later in Ontonagon County.

Thirty-five chickens were killed in February 2006 in Alger County.

WOLVES ONLY KILL THE SICK AND OLD – BUSTED

Please refer to bullet point number two, “wolves only kill what they eat.”

Gray wolves have played a dramatic role in a 20 percent reduction of Idaho’s elk herds over the past 15 years — and that could be an omen for eastern Oregon’s 60,000 Rocky Mountain elk in the Blue Mountains. Idaho elk numbers have fallen from 125,000 to 103,000 since about 1997 to the dismay of hunters, professional big game outfitters and small businesses that depend on seasonal revenues from hunters. – Oregonian, February 2012

Elk numbers are currently well below management objectives in the Lolo and Selway Zones. Currently wolves, which were not present during the early portion of this elk decline, are a major mortality factor on older calves (≥ 6-month old) and cow elk (Zager et al. 2007b, Pauley et al. 2009). Lower cow and calf survival due to wolves is  continuing to suppress the elk population (Pauley et al. 2009, Pauley and Zager 2011). – Idaho Fish and Game, December 2011

We predict the caribou herd will disappear, largely because of wolf predation. There are about 15 bulls left on the island and about 200 cows that are all over about 8 years old. Essentially no calves have been able to survive for about 8 years. – Pat Valkenburg, Alaska Fish and Game June 2014. 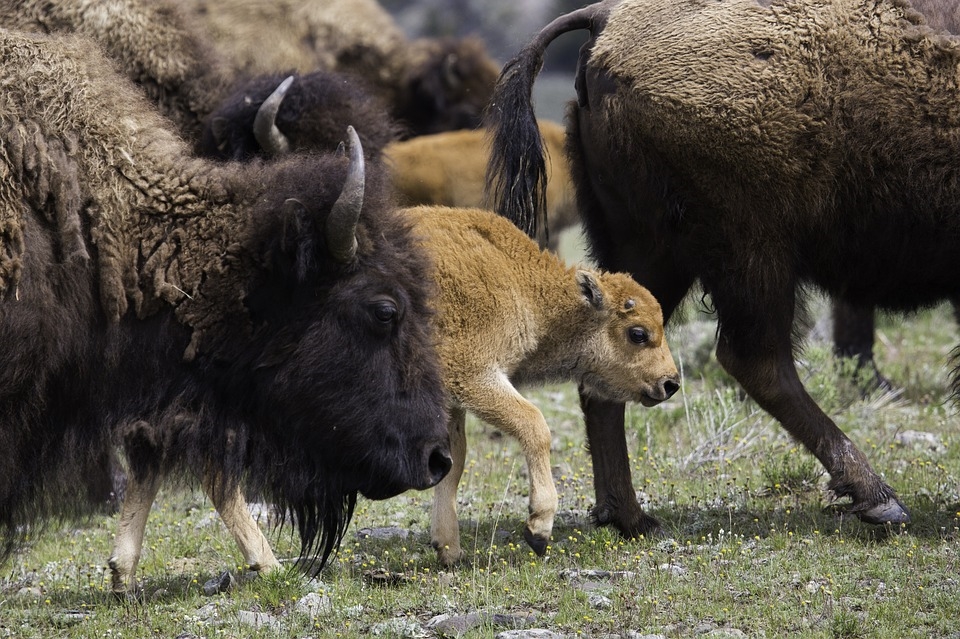 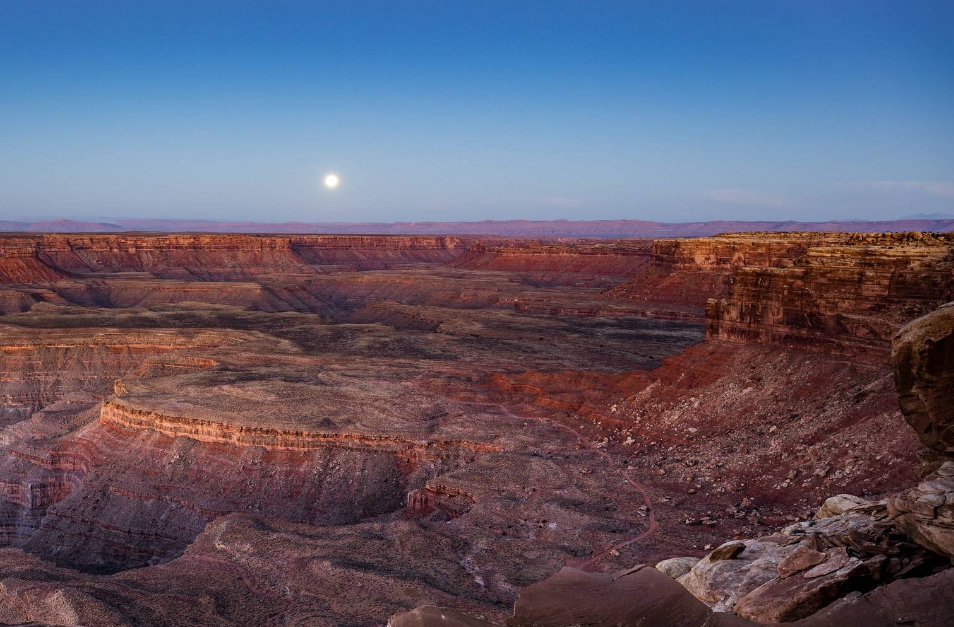 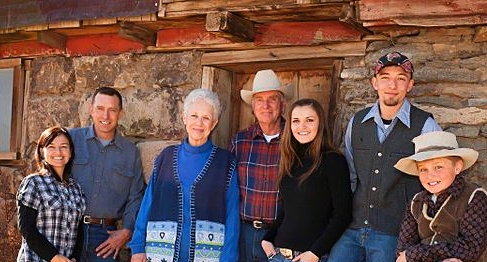