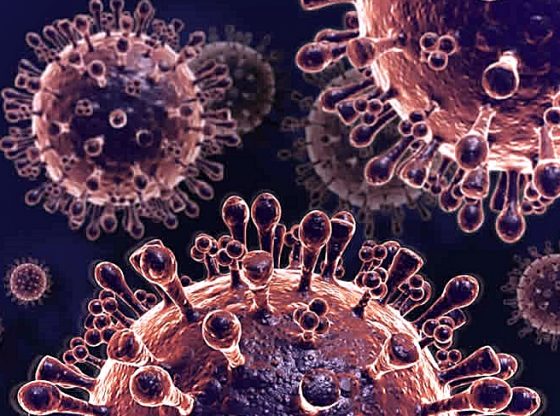 Individual food producers have as much of a responsibility to guard against agro-terrorism as do federal agencies and Congress. Although it’s difficult to fathom, the potential for havoc by foreign or domestic terrorists on America’s farms and livestock operations is immense.

Agro-terrorism poses a serious threat to America’s food supply not just because of the potential for widespread contagion, but also because infecting  livestock or introducing a pathogen into animal feed can be carried out with little effort and relatively unsophisticated means. Although agro-terrorism is as old as war itself, it was revived as a major topic of government policy in the pre-9/11 year of 1999. That year, Congress formed the Advisory Panel to Assess Domestic Response Capabilities for Terrorism Involving Weapons of Mass Destruction, known as the Gilmore Commission. The Gilmore commission produced several reports for the president noting the growing threats to America’s agricultural sectors by terrorists and biological pathogens. Although little of the critical issue has entered public dialogue in the last 18 years, the threats are real and growing with each passing year.

Earlier this month, the Hudson Institute-sponsored Blue Ribbon Study Panel on Biodefense released its report on the “Defense of Animal Agriculture” which addresses the potential for, and dangers of, biological terrorism in today’s livestock industry. The panel, which is composed of former elected officials, researchers from universities including the Massachusetts Institute of Technology, and experts in animal science and agriculture, some of whom work within federal agencies, issued the report emphasizing the national security implications of America’s food supply.

In the report, the panel warns of both naturally-occurring pathogens–known as zoonotic disease–as well as those pathogens intentionally introduced into the food supply through a variety of sources including terrorists. The Executive Summary of the report states:

The increasing rate of emerging and reemerging zoonotic disease, along with threats and attempts by those with nefarious intent to attack food and agriculture, point to the need to exert more effort to eliminate vulnerabilities and reduce consequences associated with America’s agricultural sector. The Food and Agriculture (F&A) critical infrastructure sector produces, processes, and delivers the systems and commodities that feed billions of people and animals throughout the United States and globally…Given its critical importance to food safety and availability in the United States and around the world, protecting this sector is a matter of national security.

Urging action on the parts of the President, federal agencies, and Congress, the Blue Ribbon Panel used the 2014 Avian Flu outbreak as an example of how far-reaching the spread of a single pathogen can be, within only a six-month period, as in this case. Included in the report is a graphic, explaining, “In December 2014, a highly pathogenic strain of avian influenza entered the United States via migrating wild birds. The ensuing outbreak resulted in the largest animal health disaster ever experienced by the United States. Federal and state governments spent $879 million on outbreak response. The outbreak impacted 21 states, lasted until the middle of 2015, and led to the depopulation of more than 50 million birds on 232 farms. Subsequent trade bans impacted as many as 233,770 farms. The total cost to the U.S. economy was estimated at $3.3 billion.”

Although the Avian Flu outbreak was most likely introduced into the U.S. accidentally, the destructive effects to farms, grocery prices, and the economy in general was significant. One can only imagine how devastating a string of similar events, terrorism-related or not, would be to the nation’s small food producers and agriculture-based local economies.

The issue of agro-terrorism, though a topic of intensive research, should also be a priority for the country’s national security agencies. Most Americans have not considered the potential threats to local, national and global food supplies. A research brief on agro-terrorism published by the Rand Corporation in 2004, summarizes vulnerabilities in food production systems which persist to this day, and why potential terrorists might target them. The Rand brief states:

Terrorists can choose from a large menu of bio-agents, most of which are environmentally hardy, are not the focus of concerted livestock vaccination programs, and can be easily smuggled into the country. The food chain offers a low-tech mechanism for achieving human deaths. Many animal pathogens cannot be transmitted to humans, which makes them easier for terrorists to work with. Finally, because livestock are the primary vector for pathogenic transmission, there is no weaponization obstacle to overcome.

According to the Rand brief, ‘vulnerabilities’ in food production systems can include:

•Concentrated and intensive contemporary farming practices. Highly crowded breeding and rearing conditions mean an outbreak of a contagious disease would be very difficult to contain, especially if it is airborne, and could require the destruction of all exposed livestock.

•Increased susceptibility of livestock to disease. This has occurred because of changes in husbandry practices, and from the overuse and misuse of antibiotics.

•An inefficient passive disease-reporting system. Responsibility for reporting unusual occurrences of animal disease lies with livestock producers, who may have disincentives for doing so because of the lack of a consistent program for agricultural indemnity.

•Inappropriate veterinarian and diagnostic training. The number of veterinarians able to recognize and treat foreign livestock diseases is declining, reflecting a relatively poorly paid profession that suffers from a lack of appropriate training in exotic animal epidemiology.

•A focus on aggregate rather than individual livestock statistics. The movement toward larger herds and breeding operations largely precludes the option of attending to animals individually, making it more likely that emerging diseases will be overlooked.

The Rand brief make recommendations for the improvement of food production security to guard against epidemics and/or agro-terror attacks, including some measures already used in counter-terrorism activities, such as gathering intelligence about potential threats, and understanding the motivations of potential agro-terrorists, thus enhancing the ability to predict when and how they might strike. It also recommends stronger site surveillance and other ‘biosecurity’ interventions. ‘Agent-specific’ vaccinations designed to create livestock resistance against the most virulent diseases may play a role as well. The ability to defend against, and respond to, agro-terrorism will also require significant education and training for industry leaders, employees and elected officials at the federal, state, and local levels.

This month’s report from the Blue Ribbon Panel also makes recommendations that encourage robust involvement by all sectors, most importantly the Executive Branch and Congress:

Leadership
• Ensure that the National Biodefense Strategy and its implementation plan address threats to food and agriculture, including any gaps in Homeland Security Presidential Directive 9 (Defense of United States Agriculture and Food) implementation;
• Collect detailed agrodefense expenditures and provide them to Congress as part of an annual biodefense data call;
Coordination
• Formalize cooperation between the federal agriculture and law enforcement sectors to ensure that outbreaks are evenly addressed by both, in particular through the next iteration of the Food and Agriculture Incident Annex (FAIA);
• Ensure that the FAIA describes the critical role played by the nation’s fusion centers, and is regularly exercised at the state level;
• Develop a standard of quality for biosurveillance;
Collaboration
• Determine the optimal scope of wildlife disease surveillance activity and enhance support for the National Wildlife Disease Program commensurate with that need;
• Enhance collaboration among federal, state, local, tribal, territorial, and private sector entities that collect animal health data;
• Finalize the rule for the National List of Reportable Animal Diseases and incentivize rigorous reporting;
Innovation
• Assess the ability of the National Veterinary Stockpile to meet the mandates of Homeland Security Presidential Directive 9, request budgets commensurate with the threat, and invest in countermeasure development, procurement, and usage policy based on the identified need;
• Devote sufficient resources to diagnostics, including rapid diagnostics, for the National Veterinary Stockpile;
• Establish an antigen bank for foot-and-mouth disease virus; and
• Develop a business plan for the National Bio- and Agrodefense Facility that prioritizes public-private partnerships.

Leadership
• Require the identification of agrodefense expenditures across the federal government;
Collaboration
• Commit to a more realistic funding plan for federal wildlife surveillance efforts, and facilitate increased data collection from livestock and wildlife populations;
• Assess the authorities of the Department of Homeland Security and the Department of Agriculture to further collaboration with other public and private stakeholders that collect animal health data, and take necessary steps to support those efforts;
• Continue funding the National Animal Health Laboratory Network at no less than current authorized levels, with the possibility of additional funds should they be needed to fulfill the Network’s mission;
Innovation
• Establish a prevention fund for animal health disease and disaster programs; and
• Authorize the National Veterinary Stockpile, and require annual progress assessments toward requirements.

Individual food producers have as much of a responsibility to guard against agro-terrorism as do federal agencies and Congress. Although it’s difficult to fathom, the potential for havoc by foreign or domestic terrorists on America’s farms and livestock operations is immense. All phases of the food industry, from seed producers to transportation companies, need to become educated about, and more prepared for, the emerging threats of agro-terrorism. Despite efforts by local, state and federal government agencies, America’s farmers and ranchers need to create homegrown solutions and safeguards, which may ultimately prove to be the best defense.