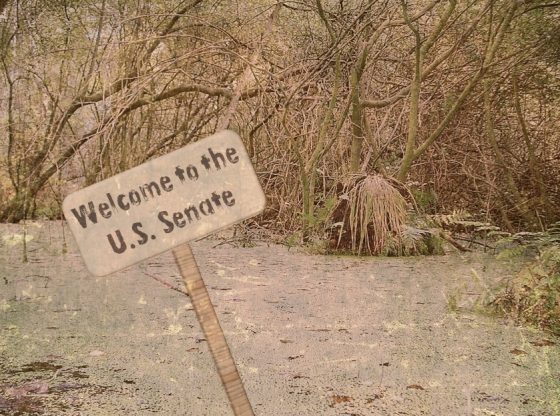 The Department of Interior is charged with creating and implementing policies governing America’s public lands, energy and mineral resources, waters, etc. But without expedient confirmation of Trump’s nominees, the department remains moored in the previous administration’s quicksand of big government overreach.

I write to urge you to take immediate action on the Department of the Interior’s (DOI) nominees currently pending approval by the Senate.

At DOI, we are working tirelessly to serve the American people. However, several of our nominees for leadership positions have been waiting an exorbitant amount of time to be confirmed in the Senate. These delays are hampering DOI’s ability to do the work of the people we are all supposed to be serving.

In the letter, Zinke included comparative confirmation times, illustrating how disproportionate–and probably political–the delays are.  The confirmation of Brenda Berman, who would be the first female Commissioner of the Bureau of Reclamation (BR), has been pending for nearly 5 months. Berman is an expert in western water issues, hydroelectric power, and a veteran of the BR, but she has been waiting for 132 days for the Senate to act, compared to the 31 days for Obama’s BR nominee, Michael Connor, and 28 days for Bush’s nominee, John Keys.

Trump’s nominee for DOI Assistant Secretary for Management and Budget, Susan Combs, a rancher and Texas’ first female Agriculture Commissioner, has been on hold for 120 days, compared to 28 days for Obama’s nominee and 59 days for Bush’s. Other delays are detailed in the letter:

Solicitor, Department of the Interior

Zinke scolds the Senate for failing to confirm historic female nominees. Pending confirmations for both Berman and Combs, are now at five times the length of other nominees.’ Zinke, a former U.S.  Congressman, calls the delays of these ‘noncontroversial’ nominees ‘senseless:’

Many Senators continue to work behind the guise of the cloakroom, putting random and unknown holds on these nominations, leaving us with  leadership gaps and no way to know when Senator objected or how to rectify his/her concerns. These delays…are senseless and unexplainable to the constituents we have all committed to serve.

But an article by Daily Caller‘s energy writer, Michael Bastasch, may make these intentional delays ‘explainable’ after all. The Obama-era DOI became infamous for overreaching and restrictive policies which hampered domestic energy production, and infringed on the rights of state and local governments, and private property owners, especially in the West. Bastasch reported on November 8, that Dick Durbin, a Democrat from Illinois–a state with little federally-controlled land–is the key obstructionist holding up Trump’s nominees. Bastasch also indicates that the delays are a vindictive and political ploy, hatched by progressives who are angry with Trump because of his plan to reduce the size of some of Obama’s national monuments, which were created against the will of impacted locals. During the final months of Obama’s term, Sally Jewell, who preceded Zinke in the DOI, lobbied heavily for some of the controversial monuments, most contentious of which is the Bears Ears, which was adamantly opposed by Utah’s elected leaders as well as locals in the county where it is located. On November 8, Bastasch reported:

Earlier this year, President Donald Trump asked Zinke to review national monuments to see if any ran afoul of the Antiquities Act. Zinke sent his recommendations to the White House in August.

It was never made public, however, news outlets reported Zinke’s report recommended Trump shrink at least four national monuments, including the controversial Bears Ears monument in Utah that was created in the final year of former President Barack Obama’s administration.

“I was incredibly grateful when the President called this morning to let us know that he is approving Secretary Zinke’s recommendation on Bears Ears,” Hatch said in a statement.

Four Democratic senators, including Durbin, requested a meeting with Zinke in late October to discuss the recommendations. No meeting has taken place, so Durbin is preventing key Interior Department appointees from getting congressional approval.

Durbin is the only lawmaker to disclose their hold on the four Interior Department nominees, though other Democrats may also be holding up the process as well. All four nominees got unanimous support from the Senate energy committee.

Zinke asked Senate Majority Leader Mitch McConnell to get the four nominees through, but Durbin’s hold makes that difficult.

“These nominees have been forced to wait significantly longer than either the Obama or Bush administration’s first-term nominees,” Zinke wrote to McConnell on Wednesday…

So far, only Zinke and Deputy Interior Secretary David Bernhardt are the only high-level political appointees to get Senate approval.

There is nothing controversial about the nominees listed by Zinke, who are professionals with real world and policy expertise. But that doesn’t matter to those in Washington, D.C.’s command and control Establishment who are motivated by a visceral hatred for the President. Unfortunately, that hatred is playing out in ways that put the nation’s prosperity and freedoms at risk. America’s public lands and resources are essential to countless local economies, and it appears that jobs and affordable energy are taking a back seat to big government swamp politics.

I’m calling on the four Senators to lift the random and senseless holds they put on @Interior nominees. They are literally preventing history by blocking the first woman to lead @usbr – The west needs leadership in these positions. pic.twitter.com/NDYKG9NkNT