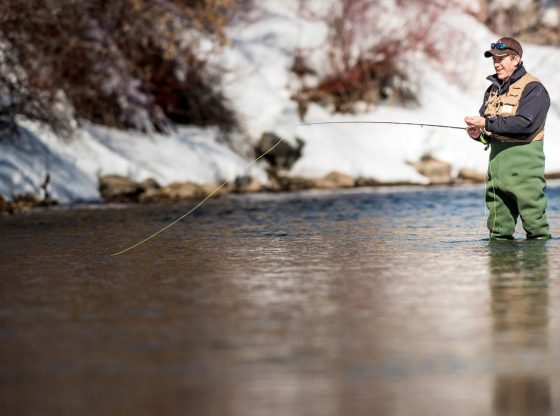 SALT LAKE CITY — The man credited with shepherding Utah’s wildlife agency for nearly five years — building the state’s reputation as one of the best wildlife managers in the West — was tapped Monday by Interior Secretary Ryan Zinke to help lead the U.S. Fish & Wildlife Service.

Greg Sheehan will become the national agency’s first deputy director in a newly created position and will serve as its acting director until a permanent director is named by President Donald Trump and confirmed by the Senate.

Sheehan, who has been director of the Utah Division of Wildlife Resources since 2012, brings 25 years of experience in the wildlife sector and natural resources to the position. He is also credited with helping to restore many fish and wildlife species in Utah to levels not seen in more than a century.

An avid fisherman, hunter and aspiring wildlife photographer, Sheehan has been at the forefront of developing and promoting landscape-scale habitat restoration, wildlife fencing to reduce animal-vehicle collisions, underpass construction and translocation of big game species such as deer, bighorn sheep, bison and mountain goats.

Under his leadership, the state’s mule deer population has increased by more than 100,000 animals.

Because of his passion for fishing, Sheehan has also promoted the development of community fishing ponds to encourage young anglers and family outings. He partnered with other agencies to refine the sport for others, including the development of the Utah Cutthroat Slam Challenge.

Sheehan has also encouraged the promotion of archery, tripling membership in the National Archery in the Schools Program in Utah.

He is a graduate of Utah State University and later earned a master’s in business administration.

DWR Director Greg Sheehan is going to serve as the new deputy director of the @USFWS. We’ll miss him very much! | https://t.co/Me0E52FHkc pic.twitter.com/HhqQYg3dfM

“We are grateful to have Greg Sheehan join our team and help lead USFWS as we advance a pro-conservation and more collaborative agenda at the department,” Zinke said.

“His experience and proven record in wildlife service, as well as his organizational management skills, will be an invaluable asset to the service and the department.”

“This is very exciting news for every sportsmen in America,” Peay said. “The U.S. Fish and Wildlife Service can play a substantial role in the conservation of land, water and wildlife.”

Kevin Pritchett, vice chairman of the Sportsmen for Fish and Wildlife Board and owner of King’s Camo, also praised Sheehan’s selection.