Representatives of the Range: Who are RAO and PLC?

Home /latest_news, Property Rights/Representatives of the Range: Who are RAO and PLC? 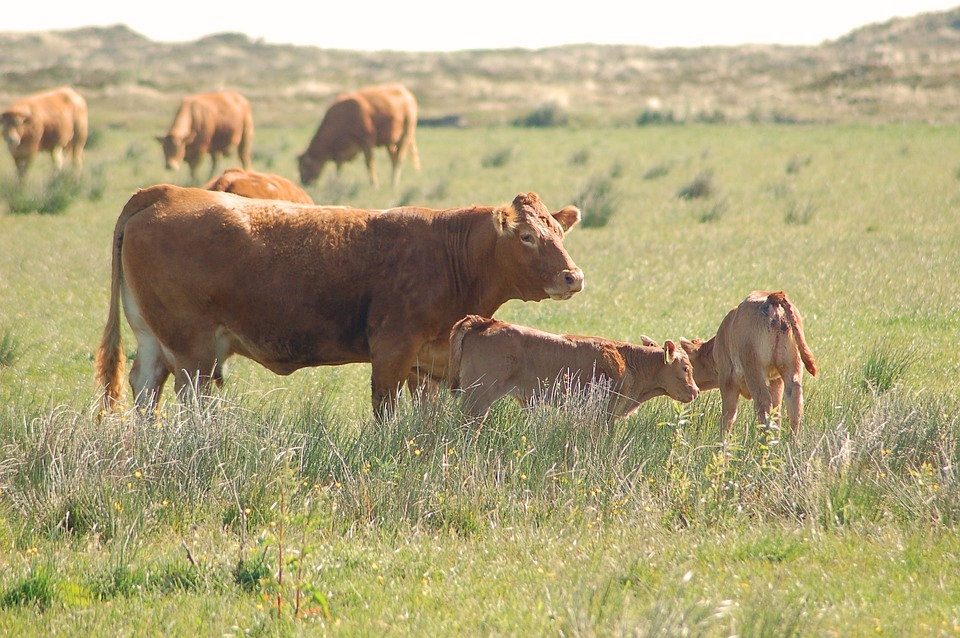 “I had a sad experience with my ranch, not knowing my rights. I trusted the federal employees, but they completely deceived us. This federal deception continues. The accrued cost of their actions has cost the people in our common allotment millions of dollars. Example, the last bill I sent BLM was over $800,000; and that was about two years ago.”

Alphabet soup for public lands grazing: Just who are the PLC and RAO?

Ranchers have been running on public land for more than 100 years. Having representation to voice their concerns to the federal government is extremely important. Two groups who to bat on issues regarding public grazing are the Public Land Council and the Range Allotment Owners Association.

Since 1968 the Public Lands Council (PLC) has been on the front line as the voice for ranchers using federal grazing permits in 13 western states and represents 22,000 ranchers with grazing permits on public lands. PLC was formed in 1968 to represent livestock associations at the state and national level. It partners of the American Sheep Association, the National Cattlemen’s Beef Association and the American Association of Grasslands Grazing (AAG) and all of those association’s western affiliates, such as the Montana Woolgrowers Association or the North Dakota Stockmen’s Association. According to PLC Executive Director Ethan Lane, “The PLC is the only group solely dedicated to western issues such as the Endangered Species Act (ESA), National Environmental Policy Act (NEPA), preference rights, and make sure those issues have a voice in Washington, D.C. and media around the country.”

“The reason we exist is because of the variety of issues unique to ranchers who have grazing permits on federal lands,” Ethan explains. “We’re an affiliate organization meaning individuals aren’t members but organizations which represent those members are.

“Currently our focus is on assisting the new Trump Administration with their transition and getting them up to speed so they understand the damage we’ve seen over the past 25 years in the West as the result of poor management decisions and the shrinking footprint of AUMs,” says Lane. “In Nevada, there are more than a million suspended AUMs. The government is punishing grazing when they should encourage it as a management tool. Our stakeholders have a business relationship with the government and it needs to be seen as such by the agencies in Washington, D.C.”

Rancher Niels Hansen has been involved in the PLC since the 1980s in various capacities. Currently he serves as PLC secretary/treasurer. He served as the Chairman of the Wyoming Stock Growers Association (WSGA) Federal Lands committee through the Department of Interior Reform 94 effort and also chaired the WSGA Wildlife committee. He is finishing his term as president of the Wyoming Stockgrowers.

Hansen is a strong believer in range management. His family ranch, a cow-calf and yearling operation near Rawlins, received the BLM Rangeland Management Stewardship Award in 2000 and in 2004 was co-winner of the Wyoming Stock Growers Association Stewardship Award.

His reason for being a part of the PLC? “Our ranch is inside of a land grant for the railroad, so we are all checkerboard land ownership. The private sections are odd numbers with even numbers being BLM. That means we are half BLM. I tell everyone we have forced marriage with no option for divorce,” Niels explains. “It can be frustrating. We are fortunate to have developed a very good working relationship with our local BLM office and have a high degree of trust on both sides. It’s a tough situation, but we try to work together on everything.”

Hansen says one of the greatest benefits of an affiliate belonging to the PLC is their work in Washington D. C “The PLC bring first-hand situations to the source; they carry issues from their home state to D.C and will sit down with the BLM or Forest Service staff and try to work with them. We don’t get a win every time, but we do have the satisfaction that we have tried. The PLC has helped block many negative proposed changes, such as Water of the U.S. and the BLM Planning 2.0, both of which would have been very harmful. We are working on revisions to the Antiquities Act.”

Hansen says working with the other affiliates in the PLC allows ranchers to understand issues in other areas. “In Wyoming, we might think we have a problem with wild horses on federal lands, but then you find out the folks running on public land in Nevada and California are in a worse situation with wild horses. We might have a fix for that problem in Wyoming, but because of local politics in those states, our fix in Wyoming won’t work for them.”

Hansen said if someone is interested in belonging to the PLC, join a state affiliate that is a member. “The PLC works with our state affiliates and therefore hears concerns that are being discussed statewide.”

The PLC hold two events for its members: the Legislative Fly-In, which was just completed in late March 2017, and the PLC Annual Meeting which is slated for Sept. 22-25 in Flagstaff, Arizona. The annual meeting rotates among the 13 western states.

Who is the RAO?

The Range Allotment Owners Association (RAO) prides itself in being what its name says: a group of ranchers with sheep and cattle who are allotment owners on federal lands.

According to Chuck Sylvester who is active with the RAO, the organization identifies itself as being very “boots on the ground.” “We represent ranchers who are allotment owners in the 17 contiguous western states and have grazing rights on federal land whether it’s with the BLM or Forest Service,” explains Sylvester. “Our mission is to educate, inform and assist allotment owners in protecting their property rights and promoting the interests of livestock organizations, businesses, and communities dependent on the Western livestock industry. We believe allotments are an extension of the Stock Raising Homestead Act of 1916.”

He explains that homesteaders traveled to where they could find water for themselves, livestock and crops. “Therefore, all along the creeks and rivers became homesteads, but there was a vast amount of grassland with little water beyond those creeks and rivers. The federal government formed a plan, which was if a homesteader could winter 200 cows on a section (640 acres) of land that was called compensatory land. The ranchers acquired a deed that allowed them to have the right to run cattle on federal lands in what was called an allotment. Usually they would run in that area for five or six months, and on their section for the remaining months. When the cows ate that grass that was considered beneficial use. In essence the federal lands were a split estate meaning the government owned the soil, minerals and trees, but the rancher owned the grass, water and roads.”

Sylvester, who runs the organization Land and Water USA with his wife, Roni, cites cases where the BLM/Forest service wanted to eliminate ranchers from federal land. The allotment owners—those who owned the grass, improvements, water and roads—were told their sheep interfered with the wild Big Horn Sheep. The government was going to take away the grazing rights of that rancher without compensation.

“We have that going on in Colorado,” Sylvester explains. “Federal land managers in counties that run sheep, want to cut the ranchers grazing numbers by 50 percent. That would put those ranchers out of business. If the BLM succeeds in getting those ranchers to reduce numbers so drastically, they at least need to compensate those ranchers for the losses they will realize. That split estate was granted by Congress. Ranchers have the right to run so many head of animals on a particular allotment.”

The Colorado/Wyoming rancher explained that even grazing associations (where livestock owners run together) may fall victim to BLM and Forest Service cuts. “The allotment is known as a common allotment because you run in common with your neighbors. The members take turns riding on the cows, checking on the animals and taking care of the land. In the fall, each member takes their herd home. Keep in mind, this goes back to the beneficial use of the grass, water and roads.”

Sylvester praises RAO founder Dr. Angus McIntosh (See TSLN November 18) for “his professional understanding of policy and statutes. He will advise people on their rights. If they need an attorney, he’ll suggest an attorney.”

The rancher says he got involved in the RAO because he saw a real need for it. “I have a great love and respect for ranchers who love the land and want to produce great cattle and sheep,” Sylvester notes. “They have been producing for years. This is what made the west. Those families should not be harassed and forced off the land. If they are forced off, they do have ownership of those rights granted by Congress, and should be ‘justly compensated.’ Historically, they’re not.”

He advocates that any rancher who runs sheep or cattle on federal lands should become a member of the RAO. “Our greatest goal is education of allotment owners so they know their rights and what they own. This way, if they do get into a situation with the BLM or Forest Service, they will have the statues (laws) to stand on and are able to keep their allotment.

I had a sad experience with my ranch, not knowing my rights. I trusted the federal employees, but they completely deceived us. This federal deception continues. The accrued cost of their actions has cost the people in our common allotment millions of dollars. Example, the last bill I sent BLM was over $800,000; and that was about two years ago.

Joining RAO is like taking out an insurance policy; when someone tries to take your property, you can rely on a professional team to come give you the tools necessary, to save your property. Example: Had the Hammonds (Oregon) had an attorney who understood their property rights, and had the judge who sentenced them know about property rights, they would not be in prison today. * Following is the statute that substantiates my statement:

RAO also accepts applications for non-voting membership from livestock organizations or businesses that support stock raising agriculture and the Constitutional right to own and control property. Actually, we encourage any entity that has interest in maintaining our U.S. Constitutional foundation of acquiring and enjoying property, to join RAO.

Sylvester says he’d hate to see ranching driven from lands in the west. “Ranching is a large part of our Western heritage that we must strive to keep forever.”

Whoever, willfully and without authority, sets on fire any timber, underbrush, or grass or other inflammable material upon the public domain or upon any lands owned or leased by or under the partial, concurrent, or exclusive jurisdiction of the United States, or under contract for purchase or for the acquisition of which condemnation proceedings have been instituted, or upon any Indian reservation or lands belonging to or occupied by any tribe or group of Indians under authority of the United States, or upon any Indian allotment while the title to the same shall be held in trust by the Government, or while the same shall remain inalienable by the allottee without the consent of the United States, shall be fined under this title or imprisoned not more than five years, or both.

This section shall not apply in the case of a fire set by an allottee in the reasonable exercise of his proprietary rights in the allotment. F