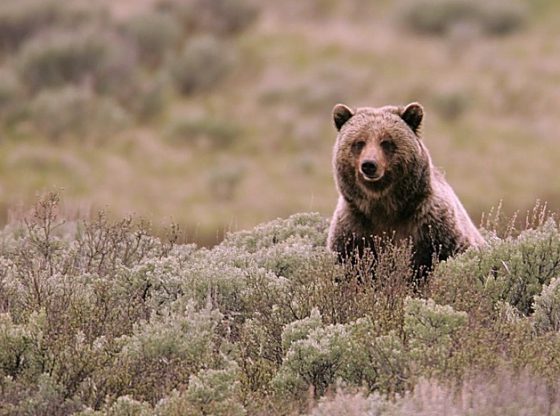 They claim that delisting will increase human encounters, thus leading to killing — euthanizing, if you like. Of course, more encounters are already happening for two reasons. First, Yellowstone grizzly populations haverisen from 136 in 1975 to more than 700 today. Second, today’s grizzlies have little or no fear of humans because they have never been hunted.

It comes as no surprise that environmental groups filed a lawsuit in U.S. district court on August 29 to stop delisting of the grizzly bear as a threatened species. According to WildEarth Guardians, the U.S. Fish and Wildlife Service’s decision on July 30 to delist is “riddled with flaws, not based in science nor the law, and places this icon of all that is wild squarely in crosshairs of extinction once again.”

They claim that delisting will increase human encounters, thus leading to killing — euthanizing, if you like. Of course, more encounters are already happening for two reasons. First, Yellowstone grizzly populations haverisen from 136 in 1975 to more than 700 today. Second, today’s grizzlies have little or no fear of humans because they have never been hunted.

Let’s take a more scientific approach, one followed by a world-renowned ecologist, Daniel Botkin and one that establishes a benchmark for how many grizzly bears there were before human settlement on the western frontier displaced the bear. His book, Our Natural History: The Lessons of Lewis & Clark, Botkin calculates a density of 3.7 bears per 100 square miles. This is based off of Lewis and Clark’s Corps of Discovery expedition, which reported sightings of 37 grizzly bears over 1000 square miles in Montana.

He then compares that density to a 1985 Audubon Wildlife Report, which estimated that there were between 600 and 900 bears in the “present verified range” amounting to 20,000 square miles in Montana, Idaho, Wyoming and Washington. That amounts to between 3 and 4.5 bears per 100 square miles or roughly the density observed by the Corps. Botkin also compares his density calculation to one by biologists Frank and John Craighead estimating an average density of 2.9 bears per 100 miles between 1959 and 1967 when there were 230 grizzly bears in Yellowstone.

Today, there are three times that number in the Great Yellowstone Ecosystem (GYE). In other words, if the goal is to recover grizzly densities in Yellowstone to their “natural” state, the bear has recovered.

The importance of these observations is twofold. First, bears on the plains along the Missouri had little fear of humans because this was no-man’s-land. Neither native nor non-native people inhabited that region so bears were not threatened by the Corps and therefore tended to charge rather than run away. When the Corps got to the Three Forks, however, there were plenty of humans with guns, no doubt shooting at grizzlies so they “ran away from them.”

Second, the fact that the Corps saw no grizzlies traveling through what today is prime mountain grizzly habitat, such as the Selway-Bitterroot Wilderness where many groups want grizzlies “reintroduced,” suggests that we are recovering grizzlies in an area where there were not any in 1805.