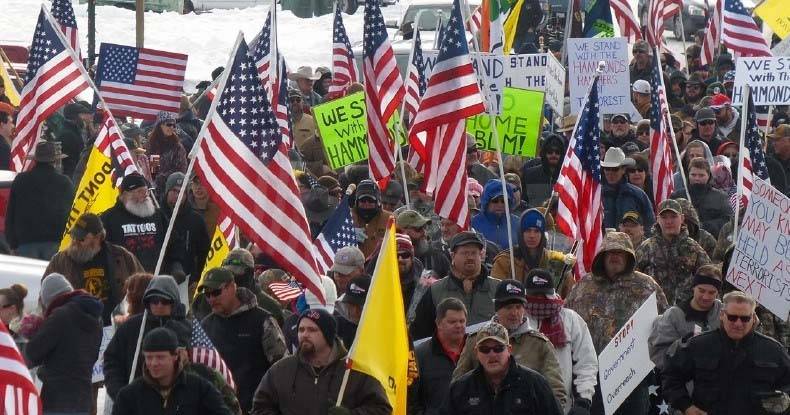 The official petition was posted on the We the People website Saturday. It has until December 19 to get 100,000 digital signatures to guarantee an official response from the White House.

Supporters of the father and son ranchers whose case led to a protracted armed standoff earlier this year have started a petition on the official White House website. It asks President-elect Donald Trump to pardon the pair on the day of his inauguration.

Dwight and Steve Hammond are the ranchers from Burns, Ore., who were sentenced to prison for controlled burns on their land that got out of hand and scorched some federal foliage as well.

They were sentenced and served time, then were made to serve longer sentences. The two were trapped by federal mandatory minimums that were created to fight not carelessness but terrorism.

Several locals and outside agitators came to Burns to protest the arguably unjust sentences early this year. Things escalated quickly.

In a move that the Hammonds themselves denounced, armed protesters occupied for 40 days the nearby Malheur National Wildlife Refuge. The conflict resulted in plenty of press coverage and one occupier being shot dead by law enforcement.

This popped up in the news again last month. A jury acquitted the occupy organizers, including Ammon and Ryan Bundy and several others, of all charges brought against them by the federal government in connection with the armed protest.

(Though the brothers Bundy and their father Cliven still face charges in another armed standoff.)

During the armed occupation, then-candidate Trump signaled a willingness to hear the armed occupiers out about the plight of the Hammonds and other issues associated with federal management of vast tracts of land in Western states.

If he were president right now, the billionaire said in January, “I’d talk to the leader. I would talk to him and I would say ‘You gotta get out – come see me, but you gotta get out.'”

Now that the protesters are out and things have calmed down, the Hammonds’ supporters are hoping that Trump is still in a listening mood.

The official petition was posted on the We the People website Saturday. It has until December 19 to get 100,000 digital signatures to guarantee an official response from the White House.