Not a Joke: Cows to receive drugs for reducing ammonia gas emissions 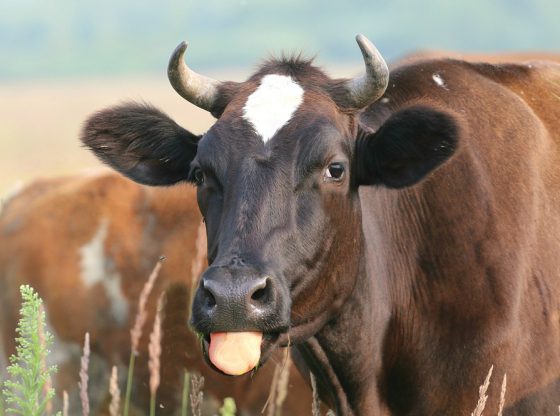 A first-ever drug for reduction of ammonia gas in livestock has been approved by the U.S. Food and Drug Administration (FDA) for use after being developed by Elanco.

A new drug for livestock has been approved by the U.S. Food and Drug Administration (FDA) and shows promising results to reduce ammonia gas in cattle.

FDA announced the approval of Experior (lubabegron Type A medicated article) on Nov. 6 after studies revealed that product was effective at reducing ammonia gas from manure after being fed to beef cattle.

There are several different sources of ammonia gas, including livestock manure. There are concerns when levels of ammonia are elevated because it can create atmospheric haze and noxious odors. Higher concentrations can cause irritation of the eyes, nose and throat in both humans and animals.

According to FDA, excess ammonia gas contributes to process called eutrophication, in which bodies of water become enriched with excess nutrients, especially nitrogen and phosphorous. Eutrophication has been blamed for algae blooms in water that block sunlight for plants causing lower levels of oxygen in water.

Research showed that Experior, a product developed by Elanco, partially reduces ammonia gas emissions from manure both in individually or group housed cattle in an enclosed facility. The study did not look at the product from an entire herd or farm level.

“We’re committed to supporting the development of novel animal drug products that are safe and effective, and we’re encouraged to see innovations that provide additional benefits to animals, people and the environment,” says Steven M. Solomon, M.P.H., D.V.M., director of the FDA’s Center for Veterinary Medicine.

A number of studies on Experior indicated the product is safe to feed to beef cattle. It also resulted in a safe meat product for consumers to eat. There are more than 4,000 cattle examined in the study. There were no differences in health events for animals fed Experior or the control group.

The Veterinary Drugs Directorate (VDD) of Health Canada conducted a separate review of Experior at the same time FDA was reviewing the drug. FDA says “This underscores the continued collaboration between the FDA’s Center for Veterinary Medicine and VDD, aimed at facilitating access to veterinary drugs across both countries.”