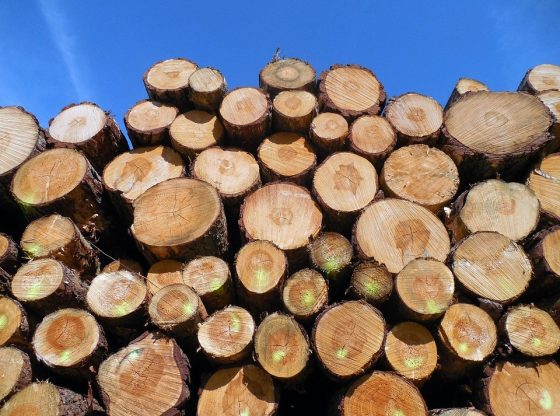 In June, the U.S. Supreme Court left in place a lower-court ruling that protected the company from having to pay damages in the U.S. related to the Ecuadorian mess. Chevron proved that its activist foes had transformed their suit against the company into an extortion plot featuring bribery, fabrication of evidence, and the ghostwriting of judicial opinions.

How a Canadian Timber Company Is Using U.S. Racketeering Law to Go After Greenpeace

For several years, Greenpeace has been mounting a multimedia campaign against Canada’s Resolute Forest Products, one of the largest timber-and-paper companies in the world. Called “Resolute: Forest Destroyer,” the campaign accuses the company of endangering the Boreal Forest, a vast evergreen swath that covers a third of northern Canada.

In response, Resolute has taken the extreme step of suing Greenpeace in the U.S. for violating the Racketeer Influenced and Corrupt Organizations Act (RICO). The suit, filed last year and pending in federal court in San Francisco, home to Greenpeace’s forest campaigners, seeks to prove that the environmental group is akin to a mob syndicate. The company says it has suffered a $100 million hit to its reputation. Given that damages can be tripled under RICO, a decision in Resolute’s favor would endanger Greenpeace’s very existence. The suit has strong support in communities tied to the forestry industry. “This is the first time a company has stood up to an outside group and said we won’t take this anymore,” says David Canfield, the mayor of Kenora, a town in northwestern Ontario.

Resolute isn’t the first corporation to try this strategy. Chevron recently used the racketeering act against environmental activists who had sued it over oil pollution in Ecuador. In June, the U.S. Supreme Court left in place a lower-court ruling that protected the company from having to pay damages in the U.S. related to the Ecuadorian mess. Chevron proved that its activist foes had transformed their suit against the company into an extortion plot featuring bribery, fabrication of evidence, and the ghostwriting of judicial opinions.

By comparison, Greenpeace’s alleged offenses seem less dire, but that isn’t to say its assertions have been airtight. For one thing, Resolute isn’t “destroying” the Boreal. According to the government agency Natural Resources Canada, less than 0.5 percent of the country’s forest acreage is harvested annually (and only a minority of that is taken by Resolute). With the exception of logging roads, 100 percent of forest that’s harvested is regenerated naturally or by seeding or planting, the agency says. “‘Destroying’ means something: It’s going away and not coming back,” Resolute’s lawyer, Michael Bowe, says. The Boreal, he adds, isn’t disappearing in that fashion.

“The idea that we’re the ones doing damage is patently false and malicious,” says Seth Kursman, Resolute’s spokesman. The company accuses Greenpeace of other distortions—misrepresenting trees felled by natural causes as having been illegally cut down; predicting that Resolute activities will lead to a caribou “death spiral,” when the animals at risk are in western Canada, far from Resolute’s operations in the east; and blaming the company for hastening climate change when, Resolute claims, the old-growth forest that loggers take down absorbs dramatically less carbon dioxide than young forest growth that results from seeding, planting, or natural regeneration.

In keeping with RICO, the suit holds that Greenpeace has run something like a protection racket by threatening the company’s corporate customers with boycotts if they don’t cut ties with Resolute over these issues. Resolute says it has lost $100 million in revenue because of such threats—the basis of its damages claim. The company also accuses Greenpeace of fraudulently inducing “many millions of dollars” in donations from “regular working-class people who have been duped” into believing their money prevents forest loss, climate change, and caribou suffering. When I question whether Resolute has standing to vindicate the rights of Greenpeace contributors, Bowe responds that donors were harmed by the racketeering “enterprise” and are therefore properly included as victims. While he acknowledges that his evidence may not have the earmarks of traditional organized crime,  he hastens to add, “I don’t think you have to have a Chevron case to have a RICO case.”

Greenpeace General Counsel Tom Wetterer says that the group stands behind its past statements and actions. But in its legal papers, the organization claims it can win the case without having been error-free in its claims about Resolute. The defense argument begins with the idea that Resolute has dressed up a garden-variety defamation suit as a racketeering case. When viewed properly under U.S. defamation law, the defense says, Greenpeace’s attacks on the company—including boycott threats—constitute protected free speech. And when statements relate to issues of public concern, the First Amendment protects accusatory language employed “in a loose figurative sense.” That last point comes from the holding of a 1974 Supreme Court decision on labor organizing, which also said “rhetorical hyperbole” and “vigorous epithet” are protected. Activists, Greenpeace adds, aren’t obliged to “hew to strict literalisms or scientific precision.”

So, even if Resolute hasn’t literally “destroyed” the forest or pushed caribou into a “death spiral,” Greenpeace feels entitled to say that it did—and the U.S. judiciary may agree. “We’re doing legitimate advocacy work,” says Wetterer.

The Reporters Committee for Freedom of the Press and 11 other media organizations have filed a friend-of-the-court brief supporting Greenpeace. They point to a 1988 Supreme Court decision that protected Hustler’s right to publish a parody ad depicting the late conservative Christian evangelist Jerry Falwell as an incestuous drunk. “In the world of debate about public affairs,” the court’s unanimous ruling read, “many things done with motives that are less than admirable are protected by the First Amendment.”

As a final observation, though, it’s worth noting that in a different context, Greenpeace has taken a narrower view of protected expression. On ExxonSecrets.org, a website it sponsors, the organization says that the oil company ’s past support for climate-change denial doesn’t deserve First Amendment insulation. There is a “responsibility that goes with freedom of speech, which is based around honesty and transparency,” Greenpeace asserts. “Freedom of speech does not apply to misinformation and propaganda.” Those lines sound an awful lot like something Resolute would say.