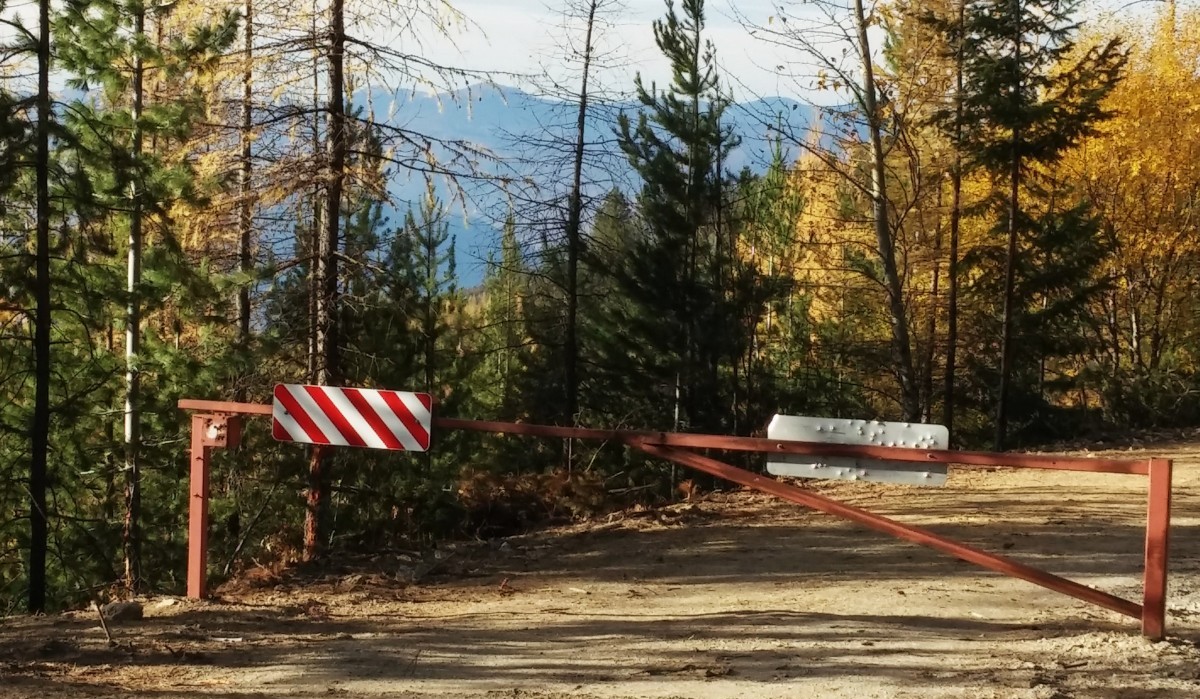 A report last week to the Montana Environmental Quality Council (EQC) on the roads in Montana that are managed by the U.S. Forest Service and the Bureau of Land Management (BLM) showed that 9,784 miles — or about 31 percent — of the 32,000 miles of federally managed roads in the state were closed to motorized traffic.

The EQC was discussing HJ 13, which passed the Montana state legislature in 2015, and mandated the EQC to study management practices of roads on federal lands.

“Out of 32,000 miles of system roads, 9,784 of them, or about 31 percent of that, are Level 1 closed roads,” stated Legislative Researcher Joe Kolman in his testimony.

HJ 13 passed the state legislature in April with bipartisan support as large numbers of Montanans have expressed concerns with federal land management policies — particularly road closures — restricting the public’s ability to access public lands for recreation. The resolution was sponsored by State Rep. Kerry White (R-Bozeman), who also serves as spokesman for the group Citizens for Balanced Use (CBU). CBU is one of Montana’s most prominent advocates for multiple use of public land and often fights against road closures and new federal wilderness designations.

In an interview on the “Voices of Montana” radio program on Friday, White said that the loss of road access to portions of federally managed public lands was leading to fewer opportunities for Montanans to hunt, fish, camp and otherwise recreate on public land. He also noted the frustration that many Montanans feel when road accesses which have been open for many years and used by multiple generations are cut off.

“We are receiving with Citizens for Balanced Use many many emails and phone calls from people that are trying to get to their favorite hunting place out on these lands, and they’re finding new signs, new gates, new closures on these lands, and that takes away our access and our ability to recreate, hunt, fish camp…all of those things,” White stated.

In the interview, White also took the Associated Press (AP) to task for vastly understating the mileage of road closures in its report on the EQC hearings on HJ 13.

The September 10 article, which was re-published by several media outlets across the state, initially stated that “at least 1,000 miles of the roughly 32,000 miles of federally controlled roads in Montana are closed to cars, trucks and snowmobiles,” far less than the 9,784 miles of closures actually stated in the report to the EQC.

White expressed concern that the proliferation of the AP article would lead to Montanans believing that only a small amount of federally managed public road miles were closed, and and stated that he was “flabbergasted” by the numbers in the story.

In an email to Media Trackers, AP reporter Alison Noon — who authored the article — acknowledged the error and stated that the mistake had been corrected.

“We’ve corrected the story to say, according to Legislative Researcher Joe Kolman, more than 9,000 miles of roads on federal lands in Montana are closed to cars, trucks and snowmobiles,” Noon wrote.