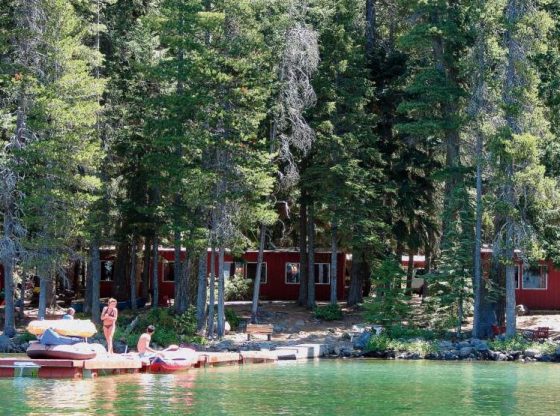 “The point is they’ve taken time off work. They’ve rented RVs,” Campbell said. “Their vacations are ruined because the U.S. Forest Service did not do their job.”

Campbell believes the Forest Service could have identified the diseased trees sooner and removed them during the fall.

OREGON: Cultus Lake Resort will remain open and has even received some additional business as a result of the U.S. Forest Service’s plan to close public camping and day-use areas at the lake for the summer, but resort operator Sandie Campbell is outraged nevertheless.

“I’m more concerned for the people,” Campbell said Monday morning, after purportedly fielding more than 100 phone calls from people whose reservations have been canceled by the Forest Service, which announced Sunday that camping at Cultus Lake Campground would be closed for the season because of tree hazards.

“The point is they’ve taken time off work. They’ve rented RVs,” Campbell said. “Their vacations are ruined because the U.S. Forest Service did not do their job.”

Campbell believes the Forest Service could have identified the diseased trees sooner and removed them during the fall.

Even at this point, she thinks the trees could be removed quickly with a short closing of the 55-site campground. The reason for the season-long closure is the Forest Service believes the scope of its work, which would involve 460 trees, could adversely affect the Northern spotted owl during its breeding season, which ends Sept. 30, District Ranger Kevin Larkin said.

“Cultus is a complicated issue,” he said.

While the owls aren’t likely to be nesting in the campground, they do use it for hunting and foraging, he said.

Larkin acknowledges the tree hazard isn’t new this year. “It’s definitely the case we could have caught something earlier,” he said.

Deschutes National Forest concessionaire Hoodoo Recreation inspects campgrounds and day-use areas every year for obvious hazards, Larkin said. In addition, each campground is inspected at least once every five years by a plant pathologist, who in the past several weeks has identified more than 300 diseased trees at Cultus, he said.

“These are trees that could fall and kill people,” Larkin said.

The predominant disease in the area is Indian paint, a fungus that rots the heartwood and isn’t noticeable to the untrained eye, Larkin said. Some of the trees are hollow and could topple in a windstorm, he said. In addition to the diseased trees, the Forest Service plans to remove 160 dead trees, he said. Larkin also acknowledged that the tree removal, once it begins, won’t necessarily be a long process. Initially, the Forest Service expected to close the campground only until June 19, he said, but that was before the agency realized the magnitude of the problem.

The project will require an environmental analysis that includes spotted owls, which are considered threatened under the Endangered Species Act, according to the Forest Service.

Larkin said the Forest Service recognizes the impact of its decision on the public, and by Monday afternoon was talking to U.S. Fish and Wildlife Service officials about how the campground might re-open as soon as possible. The Forest Service consults with Fish and Wildlife on mitigating the environmental impact of its logging. “We’re hopeful we’ll be able to find some speedier avenues through the environmental analysis,” he said.

Also Monday afternoon, the Forest Service announced the Cultus Lake boat launch will open to the public Friday, though with less parking. All boat-in camp sites around the lake (Little Cove, Big Cove and West Cultus) will be open for the summer as well.

Because of hazard trees, boat launch users and other visitors will not be allowed to park on Forest Road 4635, the Forest Service said.

“Cultus is a special place,” Larkin said, but he added that the Forest Service has more than 80 other campgrounds in the area.

Camping fees are being refunded, but Larkin was not sure whether reservation fees would be returned as well.

The heavy snowfall over the winter played a role in the timing of the Forest Service’s decision, as it took longer than usual for snow to melt at the Cultus Lake Campground, he said.

Larkin said there could also be an effect on the Cultus Lake Resort, which includes 23 cabins, a marina, lodge and restaurant, as fewer people will be camping nearby. The fee the resort pays to the U.S. government is based on its revenue, he said, so that will mitigate the impact on the resort’s bottom line, though not completely.

The 8-acre resort is one of three lakeside resorts that went up for sale last year. Campbell, who is looking to retire, said the resort is still on the market for $2.5 million.

After the Forest Service canceled reservations, she said she booked the few remaining openings in her cabins. Otherwise, she said, campers are going to have a hard time finding another place. Campbell said she plans to lobby to keep the campground open.

“I’m involved in this because we are the face of Cultus,” she said.