EPA Chief Pruitt demands science over activism, and enviros hate him for it 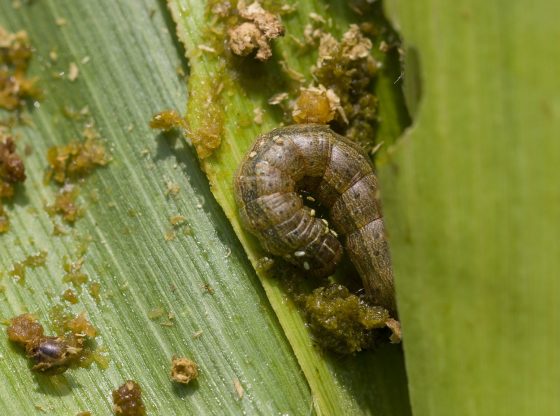 Some activists want to ban virtually all pesticides. Although chlorpyrifos meets the EPA’s extremely stringent safety standards, two such groups nevertheless petitioned EPA to ban it in 2007. That was ironic because the agency had just completed a 15-year review of the chemical and its approved uses. That is required every 15 years for all pesticides, and chlorpyrifos has been studied and re-approved several times since its introduction in 1965.

Returning Science to the EPA

Environmental Protection Agency Administrator Scott Pruitt recently delivered a strong message that EPA’s regulation of pesticides and other chemicals will be based on sound science, not political activism. It is welcome news for both the economy and the environment.

Mr. Pruitt denied a petition filed by anti-pesticide activists to ban chlorpyrifos, an organophosphate pesticide used around the world to protect crops and to control mosquitos. Exterminators once used it to control cockroaches in homes, too, though manufacturers took it off the home market 15 years ago because of the high cost of constant reviews required for EPA registration. In other words, EPA effectively banned home use by hiking registration costs so much that the product was simply no longer profitable (the same process banned diazinon, for years the most effective home pest control product). But chlorpyrifos remains enormously important to agriculture, and therefore, to everyone who eats.

I understand many people worry about overuse of chemicals, but they’re not all hazardous. Some are essential.

As Competitive Enterprise Institute’s Dr. Angela Logomasini recently documented, organophosphates like chlorpyrifos, properly used in agriculture, are not dangerous. The very low diluted doses farmers use are enough to kill some insects — but nowhere near enough to affect humans, thanks to very stringent regulations based on decades of scientific analysis. Such federal pesticide rules determine maximum quantities, though farmers use it in much smaller doses than allowed. That’s because such chemicals are expensive, so one uses the smallest amounts that will eliminate crop-destroying insects.

Some activists want to ban virtually all pesticides. Although chlorpyrifos meets the EPA’s extremely stringent safety standards, two such groups nevertheless petitioned EPA to ban it in 2007. That was ironic because the agency had just completed a 15-year review of the chemical and its approved uses. That is required every 15 years for all pesticides, and chlorpyrifos has been studied and re-approved several times since its introduction in 1965. Nevertheless, the legal saga continued for years, and the Ninth Circuit Court of Appeals eventually ordered EPA to issue a new rule by 2016. Instead, EPA switched gears entirely, and commissioned a new study, which tried to connect use of the pesticide to rare birth defects in New York City minority populations. Although home uses had been discontinued for years, and agricultural use obviously has no effect on that population, the agency planned to replace decades of studies with this “junk science” anyway, and the court ordered an implementing decision by March of 2017.

By then, however, EPA had a new administrator, and Mr. Pruitt simply denied the petition to ban the pesticide (the same groups have already filed suit, though Pruitt will eventually prevail because science is on his side). In so doing, he has made clear that studies generated for the sole purpose of pushing a political agenda have no place in the EPA, and that decisions will continue to be based on sound scientific processes.

Debates about chemicals are mostly one-sided, because all the dubious hype about health concerns invariably ignores the clear public health benefits they provide. Pesticides are crucial to a safe and affordable food supply, and in fighting disease-carrying mosquitos, ticks, rats, and other pests.

Modern farming has produced previously unfathomable yields and made huge progress worldwide against starvation and malnutrition. Dennis Avery, of the Center for Global Food Issues at the Hudson Institute, says “per capita grain supplies have grown by 27 percent since 1950 and food prices have declined in real terms by 57 percent since 1980.” That’s why USDA’s Economic Research Service says Americans now spend less than 10 percent of their income on food.

This particular pesticide is not widely used in Palisade orchards, but it is vital in citrus groves. The national orange crop has plummeted because of “citrus greening,” a disease transmitted by a bug called the Asian citrus psyllid. Florida production declined almost 70 percent over the last 20 years, and many growers have quit the business, according to Florida Agriculture Commissioner Adam Putnam (a grower himself). The Asian citrus psyllid is now on the march in California, too, and the only thing keeping it in check is chlorpyrifos.

EPA’s public comment process has documented serious impacts on a wide range of crops if the pesticide were banned, including alfalfa, nuts, corn, cotton, soybeans, wheat, berries, and many others. That would drastically affect the price, and availability, of healthy foods. Mr. Pruitt is right to insist that all decisions with such an impact must rely on sound scientific process, not political agendas.