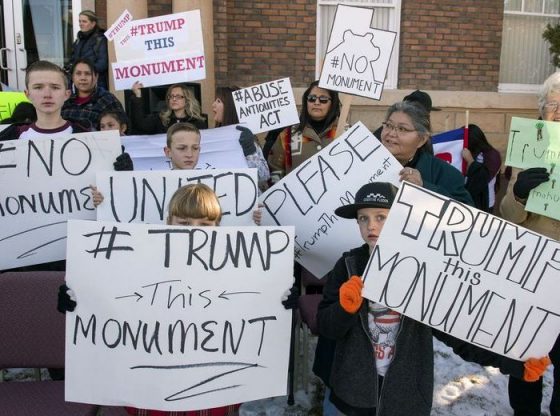 Op-ed: How Trump can transform the Antiquities Act

The presidential abuses of the Antiquities Act aren’t confined to the red rock of southern Utah; they span the country, impacting Americans from all walks of life.

This month, nonprofit organizations from around the nation applauded the Trump administration’s decision to review national monuments designated over the last 21 years. This coalition, which stretches from Maine to California, stresses how President Donald Trump’s executive order can transform the Antiquities Act from an executive bludgeon into a law by, of and for the people:

We applaud your decision to review the national monuments designated over the past 21 years and check years of executive overreach related to federal lands. This action is welcome news for locals whose voices have been drowned out by environmental groups, corporate interests and other special interests. Your historic executive order sets the stage for a transformation of the Antiquities Act from an executive bludgeon into the tool of preservation its authors intended.

National monuments are no longer about protecting specific historical and cultural sites. Instead, political gamesmanship, outdoor recreation, climate change and other motivations inconsistent with the original intent of the Antiquities Act rule the designation process.

These ulterior motives have expanded national monuments well beyond “the smallest area compatible” with protecting archaeological sites. According to National Park Service data, newly designated monuments averaged just 15,573 acres in 1906, when the Antiquities Act was passed. National monuments designated last year averaged 739,645 acres — more than 47 times the size of those created 110 years ago.

Mr. President, your executive order was a good start — but it is just a start. You have an opportunity to return power to the people, right the wrongs of the past, and set a precedent that the designations of future presidents will be subject to review. We, the undersigned, support utilizing the criteria set forth in your executive order to reduce and rescind egregious national monuments where local support exists to do so.

Your leadership will reform the Antiquities Act into a law by, of and for the people, where executive oversight safeguards the environment, protects archaeological sites, creates abundant recreational opportunities, and secures the American dream for all of us.

Matthew Anderson is a policy analyst for the Coalition for Self-Government in the West, a project of Sutherland Institute.