Era of federal ‘sue and settle’ deals is over, and the greens are freaked

Home /Extreme Greens, latest_news, Mismanage/Era of federal ‘sue and settle’ deals is over, and the greens are freaked 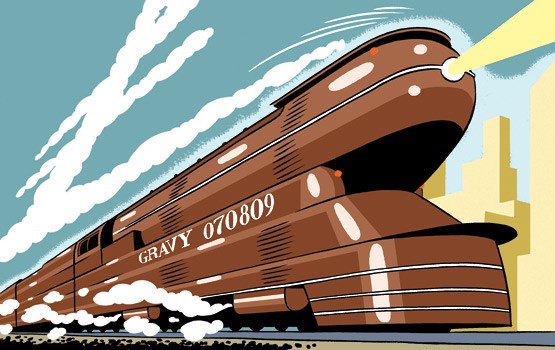 About 20 years ago, government agencies stopped collecting data on these settlements, so they could no longer report to Congress on the amount of money involved, or the groups to whom it was being paid. Long-time observers know it amounts to hundreds of millions of dollars, and the recipients are mostly large environmental organizations.

Time to Get Off the Gravy Train

EPA Administrator Scott Pruitt recently issued a directive to end a 20-year string of “sue and settle” cases that have funneled untold millions of tax dollars to environmental organizations. Predictably, those groups and their allies are apoplectic about it. Many of these groups have grown from grassroots citizen movements to gigantic cash-flush conglomerates, with much of the cash coming from the government they appear to be fighting. Many now have separate legal arms with hundreds of attorneys, whose primary job is to sue the government and keep the cash flowing.

These organizations vehemently object to the phrase “sue and settle,” saying it oversimplifies a very complex legal procedure. But in fact, the strategy isn’t really very complicated at all.

Congress has created a mess, with all sorts of processes and procedures agencies must follow in making rules and decisions. Every step of the way, those decisions are subject to potential lawsuits. For entirely different reasons, Congress also authorized the government to pay the legal bills of people who are forced to sue to defend their interests against government overreach. It didn’t take long for clever organizations, and their allies in government, to figure out how to turn that combination into a massive public policy ATM.

Government officials sometimes get frustrated by that pesky process required to make decisions that they think should be quick and easy. That’s where “sue and settle” comes in. A “friendly” organization files a lawsuit demanding the very action the officials want to take anyway. So the government reaches an out-of-court settlement, in which it agrees to the action demanded by the lawsuit, and agrees to pay the organization’s legal fees as part of its penance. The court agrees to the settlement, part of which often seals the details (such as legal fees), making it difficult for anyone to track these deals. About 20 years ago, government agencies stopped collecting data on these settlements, so they could no longer report to Congress on the amount of money involved, or the groups to whom it was being paid. Long-time observers know it amounts to hundreds of millions of dollars, and the recipients are mostly large environmental organizations.

Mr. Pruitt was right to direct an end to such abuses. Almost immediately, a group of 58 former EPA attorneys wrote a letter sharply criticizing his action, arguing it will harm the American people as well as the “fair and efficient operations” at EPA. Their letter is 13 pages long and has 23 footnotes, but you have to expect that from lawyers. Their explanation, for anyone who cares to wade through it, is very telling.

The lawyers accuse Pruitt of “attempting to give regulated parties a special and powerful seat at the table with no corresponding role for other members of the pubic.” In other words, people who have no direct stake in the ruling should have the same seat at the same table as those directly affected, in their view. They also claim the new directive does “a grave injustice by alleging, without evidence, collusion with outside groups.” They should know; these are some of the same folks who made sure that allegation would be “without evidence,” by hiding the details of these settlements from Congress and the public. Most telling of all, though, is this little gem from page eleven: “It is EPA’s failure to comply with legal requirements that is the problem, not the people who sue EPA…” That is a remarkable contradiction from the signers, who began the letter by claiming the Pruitt directive would harm the “fair and efficient operations” at EPA.

Two things you should know about the 58 former EPA employees who signed the letter. First, they are partisans who regularly criticize the current Administration. Most of the same people signed a similar letter on April 27, titled “Earth Warms While Trump Ignores Science,” as well as a February 15 letter to Senators opposing Pruitt’s confirmation. Second, and perhaps more important, they are environmental attorneys who object to ending the secret system train that has paid the salaries of environmental attorneys for years. Could some of them now work for organizations that sue the government, hoping for these lucrative settlements? Might their paychecks actually depend on that very system?

“Sue and settle” is a gravy train never envisioned by Congress, and it cannot withstand public scrutiny. These attorneys ought to recall the ethics of “Paper Chase” star John Housman, who once touted financial managers who “make money the old fashioned way – they earn it.”

A version of this column originally appeared in the Grand Junction Daily Sentinel November 30, 2017.