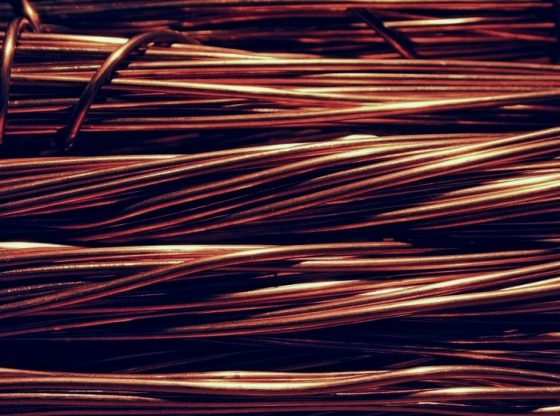 These bureaucratic decisions could decimate local economies, stifle job creation as well as cause significant harm to K-12 education and mining in Minnesota. These were political, anti-mining and anti-education actions taken by the Obama Administration…

On December 22, the Congressional Western Caucus (CWC) issued a press release summarizing the Government’s rejection of an Obama-era decision that was set to kill the mining industry in northeastern Minnesota. Although iron and other metal ores have been mined in northeastern Minnesota for well over a century, in 2016 the Superior National Forest refused to renew the historic mining claim leases upon which numerous communities have depended, indefinitely withdrawing minerals from the access of regional interests.

In its press release, the CWC outlined the underhanded tactics used by the Obama Administration in the Superior NF mineral withdrawal, and the potential crushing impacts on local public schools, jobs and communities:

On January 19th, 2017, the day before President Trump was sworn in, the previous administration published a 234,328-acre federal mineral withdrawal application in the Federal Register, to restrict for a 20-year moratorium, lands within the Superior National Forest in Northeast Minnesota.

This action immediately placed this vast area off limits to future mineral leasing, exploration and potential development for two years while the 20-year withdrawal is being considered. The total withdrawal application boundary spans approximately 425,000 acres, including 95,000 acres of state school trust fund lands.

In conjunction with this massive mineral withdrawal, the Obama Administration’s Bureau of Land Management inappropriately rejected Twin Metals Minnesota’s application to renew two hardrock mineral leases in Minnesota’s Superior National Forest – leases that were signed in 1966 and renewed without controversy in 1989 and 2004.

These bureaucratic decisions could decimate local economies, stifle job creation as well as cause significant harm to K-12 education and mining in Minnesota. These were political, anti-mining and anti-education actions taken by the Obama Administration…

Education will be significantly harmed as Minnesota is projected to lose up to $3 billion in royalty revenues for the State’s Permanent School Trust Fund that would support nearly 900,000 K-12 students statewide if the withdrawal application and cancelled leases are not rejected.

The withdrawal of minerals helped coalesce communities in northeastern Minnesota–known as the ‘Iron Range’–against the decision Obama’s Forest and Land Management agencies (along with the radical environmental special interests pressuring them to kill mining in the region). And conservative groups, industry representatives, and ordinarily-liberal mining union members, mobilized to take on what they saw as devastating federal overreach. Minnesota’s 6th District U.S. Congressman, Tom Emmer (R) took up the charge and in October of this year introduced the Minnesota Economic Rights (MINER) Act. On November 30 it passed through the U.S. House of Representatives. If passed, the MINER Act would require congressional approval of any mineral withdrawals or monument designations within the State of Minnesota’s forest lands.

But even before the MINER Act has had a chance to proceed through the Senate, the Department of Interior (DOI) acted on the matter and directed its Solicitor General to review the actions of the Superior National Forest. The DOI Solicitor General’s Office issued a legal opinion explaining its decision to defend mining interests in Minnesota. The summary paragraphs read:

After the United States Department of Agriculture Forest Service (Forest Service) withheld its
consent to renew the leases, the BLM cancelled the leases in December 2016. In response to the
decision not to renew their leases, Twin Metals asked for reconsideration of M-37036. After
further review of the relevant documents and underlying legal framework, we believe that M-
37036 erred in concluding that BLM has discretion to grant or deny Twin Metals’ lease renewal
application. Accordingly, this Memorandum withdraws and replaces M-37036.

For the reasons set forth below, the terms of the original leases issued to Twin Metals’
predecessor-in-interest in 1966 remain the operative provisions governing lease renewal. The
original 1966 leases provide Twin Metals with a non-discretionary right to a third renewal, subject
to readjusted terms and conditions as allowed by the 1966 leases. Accordingly, while the United
States maintains discretion to impose reasonable new terms and conditions in the lease renewal
agreements, the BLM does not have the discretion to deny the renewal application.

Although the DOI’s legal opinion does not finalize approval for the Twin Metal’s mining leases, it does put significant clout behind local interests in the region. Emmer’s MINER Act will make its way through Congress, and if passed and signed by President Trump, will serve to protect community interests in the Superior National Forest from the kinds of bureaucratic overreach and unilateral executive designations that marked Obama-era Interior policies.

Following what some believe were vindictive, last-minute, anti-local, anti-industry actions by the Obama Administration–with the unexpected election of President Trump–it appears that the tide has turned. President Trump and Secretary of the Interior Ryan Zinke proved themselves unafraid to take up the cause of local economies, jobs and education funding in their decision to downsize two massive and controversial national monuments in Utah. If Emmer’s MINER Act is passed, not only will community interests be shielded from the decisions of unaccountable bureaucrats, but the region will also be protected from executive land grabs, such as those by Clinton and Obama in Utah, which have the potential to destroy entire regional economies. 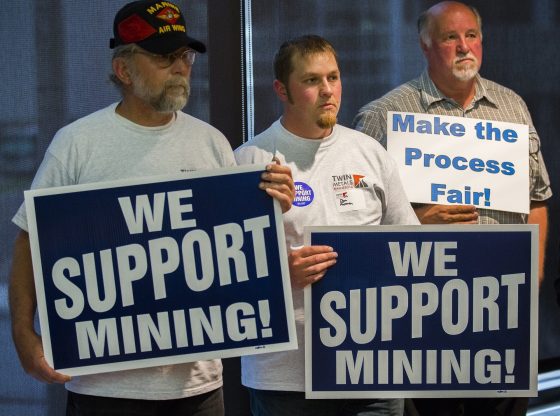