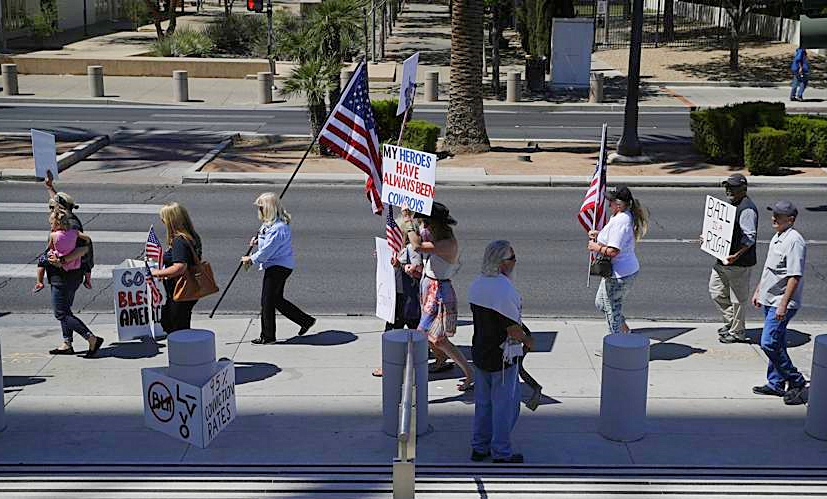 Judge Gloria Navarro told one defendant he had only three rights in her courtroom: to plead guilty, to testify on his own behalf, and to appeal his conviction, according to Lamb.  Meanwhile, witnesses for the prosecution – most of them government agents – could remain in the courtroom before their own testimony.  Defense witnesses were told to leave.

The trial of Cliven Bundy: A travesty of justice

This week, a group of men who stood face to face with government agents and refused to back down will find out how many more years of their lives that decision will cost them, as a verdict is expected in their federal trial in Las Vegas.  It is the case of United States v. Cliven Bundy, et al.

Here’s a brief look at how it all began.

“Are you really going to shoot these people if they move forward?  Yes or no?”

Dennis Michael Lynch, a documentary filmmaker, yelled this pivotal question to government agents at a ranch outside Bunkerville, Nevada two years ago this month.  As Lynch explained to Megyn Kelly later, he ran ahead of a group of ranchers and their supporters as they approached federal officials.  The group planned to retrieve cattle the agents had taken from rancher Cliven Bundy, by force if necessary.  Federal agents, you may remember, held that the land on which the cattle were grazing belonged to the government.  Lynch’s purpose was to bring some reason to the rapidly escalating situation.  The ranchers were “willing to die,” he said – not over some taxes and fees, but over the core belief that the federal government has limits.

Lynch may have ended a potential mêlée of men with guns ready to use them.  It is difficult to view the video of the blunt New Yorker, without a weapon and arms in the air, calling to the heavily armed agents to stop “before there’s bloodshed.”  The simple question, posed by an unarmed man, may have managed to impress upon the federal agents that they were about to fire on their own countrymen en masse.

The federal government did not shoot anyone that day, but the damage had already been done.  Video footage of what led up to the tense moments Lynch witnessed made its way to the American public; agents were seen knocking a woman to the ground and tazing Cliven Bundy’s son over and over after he kicked a police dog that attacked him.  A grisly video of dead cattle, killed in the standoff, stunned viewers.  Government snipers trained their rifles on the Bundys’ supporters day and night; in response, the citizens did likewise.

Some who were there that day say it was a miracle that the standoff ended without bloodshed.  Ultimately, Cliven Bundy got his cattle back – at least what was left of them.

Sen. Harry Reid (D-Nev.) wasted no time in calling the citizens involved in the stand-off “domestic terrorists.”  But Lynch – an experienced filmmaker who has recorded drug cartels on the southern border – told TheBlaze that “if there was any act of terrorism, it was perpetuated by the government, not the supporters.”  The citizens defended themselves – and, some say, the greater ideals of individual liberty.

And so we come to today, as the six-week trial of Bundy, et al. is likely to come to an end. But the questions regarding individual liberty and the American justice system seem to be magnified because of just how this case went down.  Here are some of the reasons why.

In toto, only two days were spent on the defense.  Out of that, the jury was permitted to be in the courtroom for fifteen minutes.  The prosecution, on the other hand, consumed over five weeks of courtroom time to make their case.  And that is only part of what looks, smells, and feels like a case of injustice – perhaps with prosecutorial and judicial misconduct added in for good measure.

Court spectators such as John Lamb, an unrelated party who traveled from Montana to watch the trial, spoke each day on a live Facebook video, after proceedings had adjourned, with notes in hand.  Every afternoon, Lamb’s recounting of the trial day became more disturbing as he reported that even the most basic rights were ignored in the federal courtroom in Las Vegas.  Judge Gloria Navarro told one defendant he had only three rights in her courtroom: to plead guilty, to testify on his own behalf, and to appeal his conviction, according to Lamb.  Meanwhile, witnesses for the prosecution – most of them government agents – could remain in the courtroom before their own testimony.  Defense witnesses were told to leave.

Other spectators confirmed Lamb’s account and more.  Many of those in the courtroom carried pocket-sized Constitutions; Judge Navarro subsequently ruled that the Constitution was not allowed in the courtroom unless it was turned face-down.  On April 10, a man named Neil Wampler was escorted out of the courtroom and his things collected by a U.S. marshal because he had a copy of the U.S. Constitution in his pocket that was visible to the judge.

Maureen Peltier, another trial watcher, took to Facebook April 10 after a long day in court to warn others that according to remarks made by prosecutors, “to hit ‘like’ on comments or posts or give a ‘thumbs up’ can be considered evidence to criminalize you.”

Other abuses reported by Lamb, Peltier, and others who attended the last six weeks of the trial include the following:

Perhaps the most disturbing element of this trial involves perceived intimidation and veiled threats by the judge and the prosecution toward witnesses planned for the defense, according to courtroom observer Kelli Stewart.  One brave woman defied the judicial and prosecutorial warnings and testified for the defense.

The case of Ammon Bundy is often viewed in a negative light due to his involvement in the 2015 Malheur Wildlife Takeover – an act disavowed by many even within “patriot” circles who supported the Bunkerville Standoff.  Some don’t even realize that the two events are separate and unrelated.  The truth is that Malheur has nothing to do with Bunkerville, and many of the defendants in this trial were not even present at the events of the former occasion.

Regardless of the nature of the incidents – even if one believes that these men should be charged and tried for their participation at Bunkerville – every one of them is entitled to a fair trial.  During these proceedings, they have the right to face their accusers and to question those accusers as well as their credibility.  Bundy & Company have the right to present a full and adequate defense, to call witnesses and enter material into evidence. Witnesses for the defense should not feel intimidated.  U.S. Constitutions should not be barred from an American courtroom.  And the defense should be awarded every consideration that the prosecution is given.

These are the rights assured to every American.  They are contained in our founding documents.  By ignoring the abuses apparent in this trial, we the people tacitly sanction them to be visited upon us again and again.  Such as it is, the guilty verdict these men are likely to hear this week represents a true travesty of American justice.

(Hat tip to Kit Perez, who contributed to this report.) 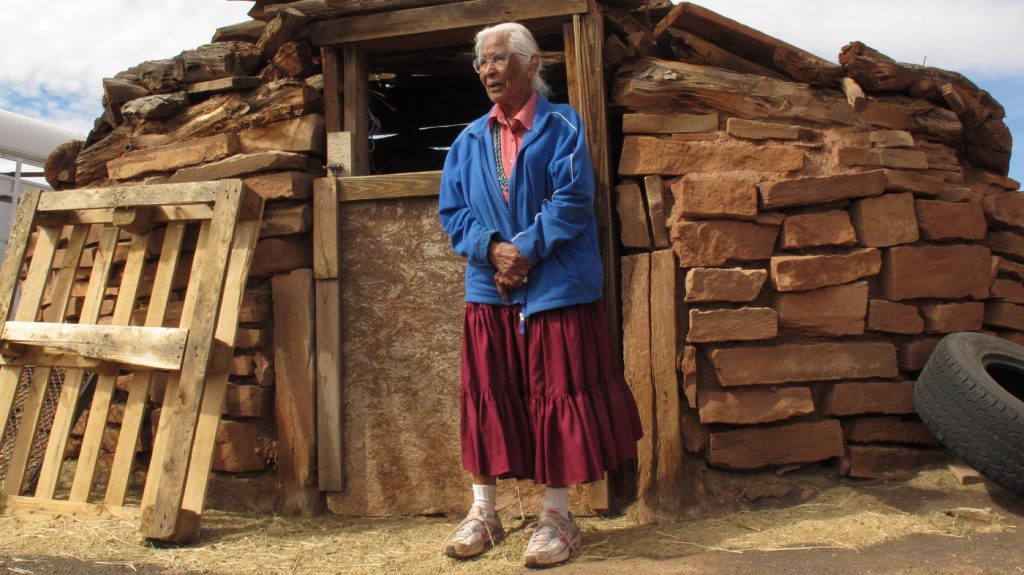 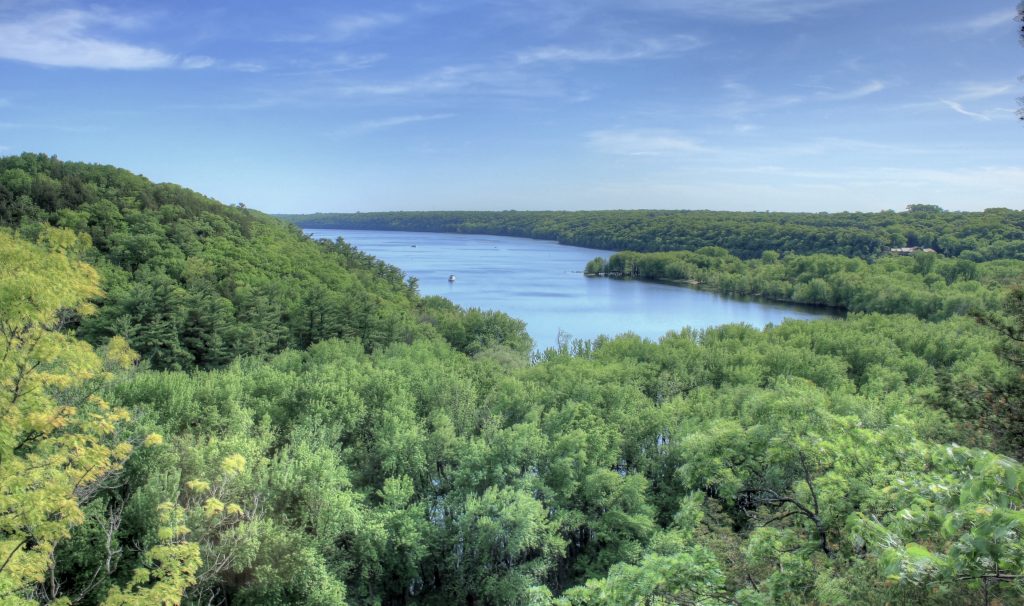 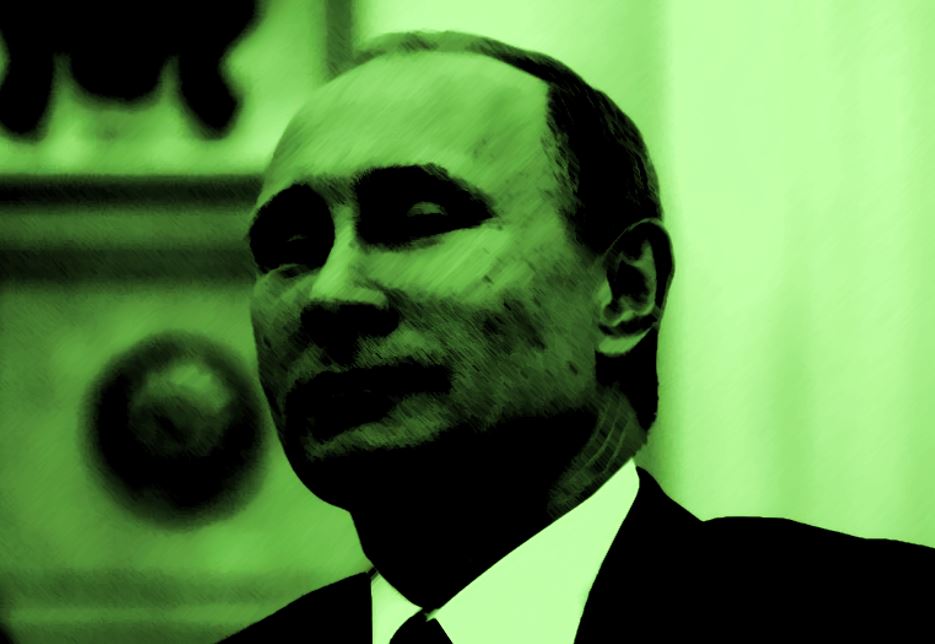