Wild horse specialists work to keep herd numbers at specific levels for each management area, but the animals don’t recognize the invisible boundaries. Managers could work diligently to keep the wild horse population at a desirable level, only to find horses from other management areas move in.

About 6,500 wild horses roam the rangelands of Wyoming. The horses are beloved by some as a symbol of the West and despised by others as feral animals competing with livestock for rangeland resources. They cost the Bureau of Land Management millions of dollars to manage. Yet little is known about how wild horses use the landscape.

A new study from the University of Wyoming and the BLM is hoping to change that.

In mid-December researchers will collar 20 mares in the 400,000-acre Adobe Town Herd Management Area. The collars will collect data on the animals’ movements across the checkerboard of public and private land for the next two years.

The study is one of the first to track wild horse movements in the United States, said Derek Scasta, assistant professor and extension rangeland specialist at the University of Wyoming.

“No matter your position on wild horses, we don’t know enough about their ecology — as we should,” he said.

Satellite-tracked collars will show how the horses move and give insight into how they select resources and what vegetation they prefer.

Scasta will use the data from the collars and information on vegetation in the areas the animals use, to determine not just where the horses go, but when and why.

“It’s amazing these horses survive Wyoming winters,” Scasta said. “So what site selection do they have to go through to do that?”

Wild horse specialists work to keep herd numbers at specific levels for each management area, but the animals don’t recognize the invisible boundaries. Managers could work diligently to keep the wild horse population at a desirable level, only to find horses from other management areas move in, said Tim Novotny, assistant field manager for resources in the Rawlins BLM office. 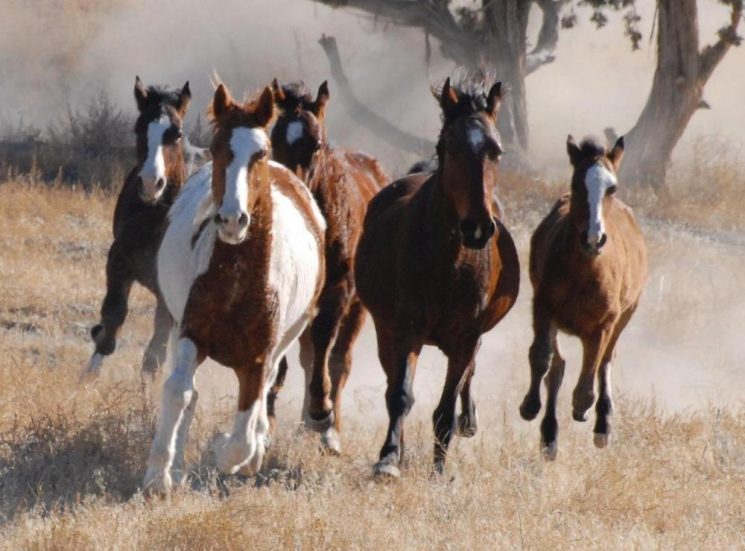 Data gathered in the study can help the agency make decisions on management issues, such as how a proposed water development for livestock or other wildlife might impact the horses, Novotny said. The area also has oil and gas development, and how the horses react to drilling areas could help guide future development. Novotny said they want to see if the horses avoid developed areas, and if they return to those places once drilling is done.

The BLM will use bait trapping to collar the horses. Novotny said the goal is to capture about 150 mares in order to collar 20. That should ensure the tracked animals come from different herds using different parts of the landscape within the Adobe Town management area.

Other countries have conducted similar research, but after horses died in studies in 1986 and 1991 in the United States, scientists stopped using collars on the animals. Technology has improved since then, Scasta said. Collars are better designed now and when properly used are safe for the animals, he said.

Scientists can push a button and the collars will drop off. They don’t have to capture and handle the animals a second time to gather the data, Scasta said. These types of satellite collars have successfully been used on other animals and birds, such as bears, wolves and sage grouse.

The BLM is charged with managing wild horses to preserve the health of both the animals and rangeland. Strategies include gathering animals when populations are high and putting them in holding facilities in hopes they’ll be adopted, or administering birth control to slow reproduction in herds.

There are more than 67,000 horses and burros roaming free in the United States, Scasta said. That is far more than the 26,000 the agency believes is the appropriate number for herd and rangeland health. Meanwhile, another 45,000 wild horses and burros are already off range in holding facilities.

“That’s why this is a difficult issue,” Scasta said. “That costs a lot of money.”

Animal rights groups have focused efforts on ensuring killing the animals is not part of the government’s strategy. Scasta emphasized the study isn’t about finding ways to eliminate the animals, but to learn how to better manage them.

“We have to co-exist,” he said. Humans and horses share the landscape, but they have to learn to do it well, he said. The study is the first step. 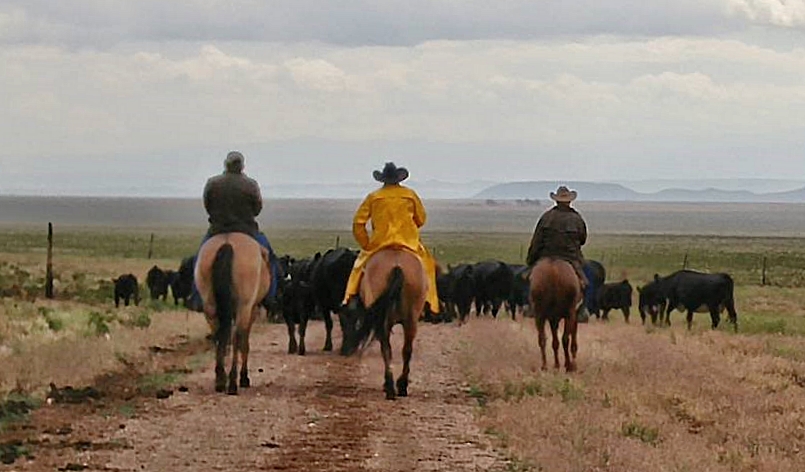