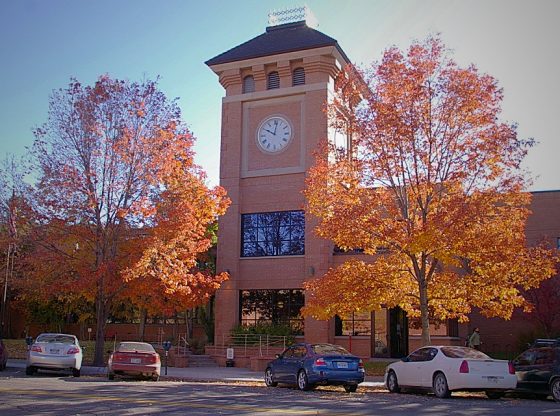 While serving as La Plata County Commissioner, Lachelt has been receiving payments from the environmentalist non-profit, Western Leaders Network, to support her travel and lobbying activities. The failure to disclose her paid position with WLN and conflicting dual roles triggered a citizen ethics complaint to the Colorado Independent Ethics Commission.

A county commissioner’s poor job performance and conflicts of interest have spurred a group of concerned citizens in La Plata County, Colorado to launch a local recall effort. Calling itself the La Plata Liberty Coalition, the group is busy gathering recall petition signatures with the hopes of ousting Commissioner, Gwen Lachelt.

Lachelt, well-known in southwestern Colorado for her environmentalist activism, is acquainted with controversy. She helped found a number of anti-oil and gas groups, including San Juan Citizens Alliance (SJCA), EarthWorks Oil & Gas Accountability Project, and most recently, the left-leaning environmental lobbying group, Western Leaders Network (WLN). While serving as La Plata County Commissioner, Lachelt has been receiving payments from WLN to support her travel and lobbying activities. The failure to disclose her paid position with WLN and conflicting dual roles triggered a citizen ethics complaint to the Colorado Independent Ethics Commission. In spite of evidence verifying Lachelt’s conflicts of interests, the ethics complaint was dismissed and she continues to work for WLN. Last August, Western Wire reported:

“I’m the founder and director of WLN. I’m paid a salary,” Lachelt wrote to Western Wire on Monday. Lachelt described recent trips to Washington as being made on behalf of both the county and WLN though she admits travel expenses were picked up by her new employer. “In reference to the trips I took this year to DC to advocate for the methane rule – all travel expenses were covered in the Western Leaders Network budget,” she wrote.

Yet at a May press conference hosted by Sens. Michael Bennet (D-Colo.) and Maria Cantwell (D-Wash.) to preview the upcoming vote on repealing the BLM methane rule, Lachelt did not reveal her employment with WLN. She introduced herself to reporters as “a county commissioner from La Plata County, Colorado.”

Western Colorado is rich with both oil and gas as well as anti-oil and gas activism, and despite Lachelt’s involvement with the latter, she has won two elections in La Plata County. Although local concern about her conflicting roles has grown over the past few years, the proverbial ‘last straw’ was the introduction of La Plata County’s new land use codes which were reportedly formulated with the help of a consultant from Texas, but with little local input. More than a thousand residents of La Plata County, angered by restrictions within the codes that prohibit development and infringe on private property rights, voiced their opposition in a January 16 meeting. According to an article in the Durango Herald:

On Tuesday, more than a thousand people packed into the La Plata County Fairgrounds for a public forum with county commissioners and staff.

Fossel went on to call the land-use codes an extreme example of “big brotherism,” “branded socialism” and a “blatant taking of property rights.”

There were a number of specific issues county residents brought up with the land-use codes.

For one, the codes place some restrictions within a river corridor and scenic overlay along certain roadways that county officials say aim to protect the scenic quality of the county.

Animas Valley rancher Ed Zink, however, said his property is surrounded by both and the restrictions go too far.

Zink did commend the proposed land-use codes for protecting irrigation ditches from the impact of new development.

Other county residents took issue with the draft codes for the restrictions they place on temporary storage units.

“This is based on controlling the appearance of other people’s private property. And we don’t see our land as open space, we see it as part of our business. Don’t tie our hands and decrease the value of our land.”

Residents initially considered launching recall efforts against all three La Plata County Commissioners. Instead, about a week after the meeting, three local men; Dave Peters, Mike Cugnini and Ty Hawkins opted to focus solely on removing Lachelt. Discussions with other citizens led to the creation of the La Plata Liberty Coalition and gave the recall effort legs, with the basis for the recall petition being Lachelt’s ethical problems and questionable job performance.

We need commissioners who represent our interests above their own, and who govern with accountability and transparency. Commissioner Lachelt has not done that. She has repeatedly leveraged our public office for her private gain by appearing before the U.S. Congress and other federal government entities to advocate and advance her and her employer’s political and policy agendas under the guise of her role as our commissioner. Her county commissioner meeting attendance record further demonstrates where her allegiance lies. Her 2017 attendance record was much lower than any other commissioner. We can and should expect our commissioners to act ethically and not to take actions that undermine the public’s trust in our local government. As a result of Commissioner Lachelt’s actions, the county has been required to investigate ethics complaints filed against her and to seek out ethics advice from at least one other county. For all these reasons. and more, we believe Commissioner Lachelt has acted in ways that have undermined the public’s trust and is therefore deserving of answering to us – her constituents – through the question of a recall so that we can restore trust, accountability, and transparency to that elected office.

Lachelt is a big player in Colorado politics and environmental activism, and removing her from office might be easier said than done. The various non-profits with which she is associated take in hundreds of thousands of dollars per year, and she has strong support from Colorado’s green political wing. According to recall organizer, Dave Peters,“Gwen’s supporters are claiming that we’re backed by big oil and the Koch brothers.This is totally false, as we are just concerned citizens. On the other hand, she is backed by special interest groups like San Juan Citizens Alliance and EarthWorks.”

Nevertheless, La Plata County has a movement on its hands. Rosemary Romero, a member of La Plata Liberty Coalition explained why she supports recalling Lachelt: “It’s important to me to have her removed because she’s not wanting to work for me as a third-generation La Plata County Hispanic voter. We pay her $94,000 dollars a year to do her job, not take over our town . She doesn’t care about our economics. She would like to go the route of unaffordable solar energy that only people making 6-figures can afford. In this community so many oil and gas workers have lost jobs, and had to relocate to South Dakota to be able to provide for their families.” Adding a personal perspective, Rosemary continued, “I have 50 acres and I should be able to develop it in the way I want. We don’t need to have these restrictions or feel like we’re constantly being watched.”

The petition deadline is March 30, and the La Plata Liberty Coalition hopes to garner 7,500 signers by that time to ensure the Lachelt recall can proceed.