Wyoming ranchers besieged by grizzlies get their day in court 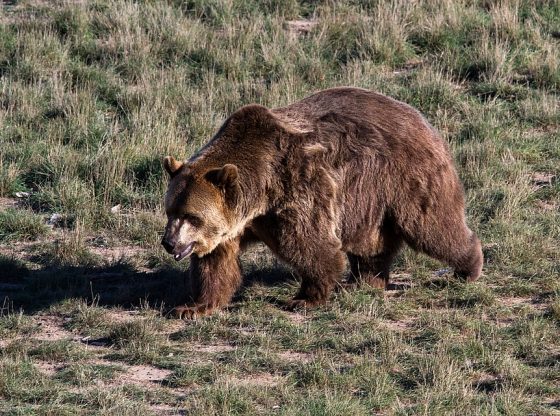 DENVER, CO. Today, a federal judge agreed that Wyoming ranchers add an important voice to the discussion over how to deal with the rebounded grizzly bear population around Yellowstone National Park. For decades, ranchers such as Charles C. Price and Mary E. Thoman have dealt with the deadly and dangerous effects of the growing grizzly bear population in their backyards but will finally be able to join with the court in ensuring all parties know the true effects of the grizzly bear. Mr. Price and Ms. Thoman, and their fellow ranchers lose countless numbers of livestock due to grizzly bear kills every year. Mr. Price and other ranchers in the Upper Green River Valley lost 71 cattle to confirmed grizzly bear kills in 2017 alone. Ms. Thoman and her family have not only lost countless sheep to grizzly bear kills, but also one of the family’s shepherds was mauled by a female grizzly bear in 2010. Those trying to make an honest living in rural western Wyoming are forced to expend a vast amount of money to try to protect themselves, their employees, and their livelihoods from the unrestrained predation by the ever-growing grizzly bear population.

These ranchers, along with the Wyoming Farm Bureau Federation and Wyoming Stock Growers Association, will advocate for the position of ranchers and farmers in Wyoming, to ensure their rights and livelihoods are not trampled by interlopers who have no idea what it means to come face to face with a grizzly bear.

“We are glad the court recognized the importance of hearing what ranchers and farmers have to say about the rebounded grizzly bear population they are forced to deal with day in and day out,” said William Perry Pendley, Mountain States Legal Foundation president. Cody J. Wisniewski, Mountain States Legal Foundation lead counsel on the case, added, “Environmental organizations, Indian tribes, and federal bureaucrats will not be allowed to dictate policy in an echo chamber, and will be forced to take into account the effect of their proposed actions on the people it will affect the most—local ranchers and farmers trying to earn an honest living.”