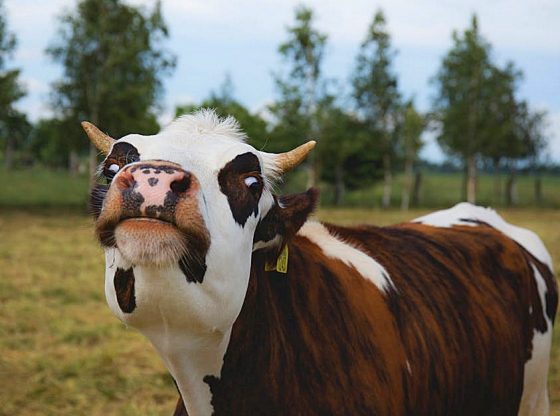 …laboratory-produced meat is now at the cutting edge of the fake meat revolution, and in many cases is indistinguishable in appearance and cellular composition from actual animal products. Word is, however, the stuff tastes like crap, but the danger exists that it could be used as a filler or substitute in ground meat products without the consumer knowing he’s eating lab-produced meat.

Meat flavored TVP (textured vegetable protein) once reigned supreme as the king of meat replacement products. But laboratory-produced meat is now at the cutting edge of the fake meat revolution, and in many cases is indistinguishable in appearance and cellular composition from actual animal products. Word is, however, the stuff tastes like crap, but the danger exists that it could be used as a filler or substitute in ground meat products without the consumer knowing he’s eating lab-produced meat. In an effort to protect consumers and beef producers’ interests, the United State’s Cattlemen’s Association has issued a petition to garner support for a labeling system that would specifically identify meat products that don’t come from animals. The petition’s introduction reads:

USCA has long advocated for additional beef labeling requirements to better inform consumers. There are currently no labeling requirements applicable to products labelled as “beef” or more broadly as “meat” mandated by law. USCA has learned that some major U.S. meatpackers and companies in other countries are heavily investing in creating alternative products that may resemble in appearance and taste beef products, including synthetic “beef” and “beef” grown in laboratories using animal cells, known as “in vitro” meat, “bio meat,” “clean meat,” or “cultured meat.” Such products, which are not derived from animals born, raised, and harvested in the traditional manner, should not be permitted to be marketed as “beef,” or more broadly as “meat” products.

The labels of “beef” or “meat” should inform consumers that the product is derived naturally from animals as opposed to alternative proteins such as plants and insects or artificially grown in a laboratory. Alternative products such as those described above should thus not be permitted to be labeled as “beef,” which is widely understood by consumers to be the flesh of a bovine animal, such as cattle, harvested for use as food, or as “meat,” which is understood to be derived from animal tissue or flesh for use as food.

Indeed, to eliminate the likelihood of confusion and to better inform consumers, USCA contends that labels indicating that a product is “beef” should be limited to product from cattle that have been born, raised, and harvested in the traditional manner. Similarly, products that are labeled as “meat” should be limited to those that are derived from the tissue or flesh of an animal harvested in the traditional manner. As such, USCA requests that FSIS exclude man-made or artificially manufactured products that are not derived from animals born, raised, and harvested in the traditional manner from the definition of both beef and meat. This includes synthetic products from plant, insects, and other nonanimal components, as well as any product grown in labs from animal cells.

Free Range Report posted an article last week exposing how much of the big funding behind the laboratory-grown meat movement comes from radical animal rights activists who share the goal of eliminating livestock agriculture. In his commentary, Jim Mundorf explained, “Memphis Meats is a business…well, I don’t think I can call them a business if they aren’t selling anything or making any money besides the donations they get from billionaires. So, Memphis Meats is a group of animal rights activists working in a lab trying to grow meat from livestock cells. Their goal is to destroy the livestock industry…”

The ‘in-vitro’ meat industry is entangled with the radical animal rights group, PETA, and environmentalist billionaires including Bill Gates and Richard Branson. Strangely, Cargill, the agriculture industry giant, has jumped aboard the in-vitro meat gravy train as well.

The USCA petition also as contains provisions related to Country of Origin Labeling (COOL); a regulation repealed by Congress in 2015, but which is widely supported by many domestic livestock operators. Colorado State Representative Kimmi Lewis recently introduced a similar bill; Country of Origin Recognition System (COORs), which would use placards instead of package labels to identify where beef products come from. Although Representative Lewis’ bill failed in Colorado, South Dakota passed its own COOL bill last year, and many other states are considering similar regulations. The advancement of weird science meat will likely inspire further legislation ensuring consumers know whether or not the meat they’re buying was grown in a petri dish.