Washington ranchers targeted by feds for traditional use of public lands 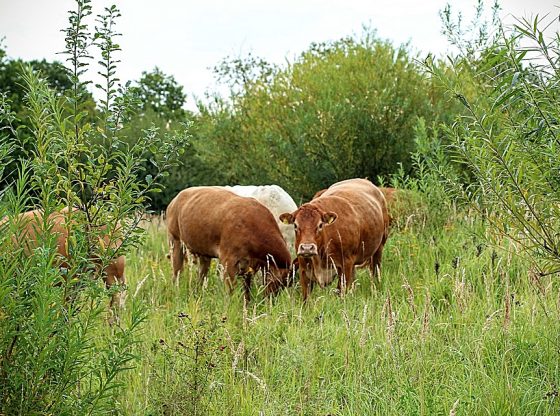 And, he noted, the yearslong dispute is being funded by taxpayers: “We are basically paying those people to be a pain in our ass.”

POMEROY, Wash. – Walter “Sonny” Riley sat in the saddle Thursday as his 12-year-old gelding, Oly, shifted his weight in a pliable combination of hay, mud and cow droppings.

After pushing a herd of last year’s calves inside a waiting trailer, Riley readily shared his views of allegations brought by the federal government that his ranch has trespassed and profited from an odd-shaped piece of publicly-owned ground sandwiched between railroad tracks and his ranch, located just north of the Snake River and the closed Central Ferry State Park.

“If they’d come in and fence that … it would be over,” Riley said. “But I’m not going to roll over. I guess we are going to court.”

The 71-year-old rancher has become the focus of a legal effort by the U.S. Attorney’s Office in Spokane, which is asking a federal judge to sanction Riley for “trespass, encroachment, damages” and make him pay the legal costs incurred by forcing Riley to abide by the rules on ground purchased by the U.S. Army Corps of Engineers some 53 years ago.

This battle of Carhartt versus dress suits pits the opinions of ranchers who make a living out of the mud, grass and barbed wire against government employees armed with legal descriptions, surveys and GPS devices.

And, he noted, the yearslong dispute is being funded by taxpayers: “We are basically paying those people to be a pain in our ass.”

John Gordon, who works for the Clarkston office of the Army Corps, is listed in court documents as working on the case. Gordon declined to comment on the brewing controversy other than to confirm its existence.

Questions about possible solutions put forth by the ranchers to solve the dispute, which include purchasing the land, fencing it off or a proposed-land exchange, were referred to Assistant U.S. Attorney Vanessa Waldref, who did not return a phone call Friday or Monday.

The government’s case, including multiple interactions with Riley’s River Ranch employees dating back to 2011, is spelled out in a 19-page court document written by Waldref and filed last month in U.S. District Court.

It alleges that Riley and his employees “unlawfully” grazed, operated a “winter feedlot operation” and built unauthorized structures on federal land. It also alleges the ranch placed hay bales, feeders, machinery, debris, tires, manure piles, and “a pile of over fifty animal carcasses” on the disputed land.

A walking tour of the property Thursday found the odd tire and dozens of scattered bleached bones in a canyon that the government marked in court documents as a “backfilled carcass pit.” Except for a large stack of fence posts that had rotted too short for effective use, the disputed ground was largely indistinguishable and less cluttered than the neighboring ranch land.

One cow was seen within the boundaries of the disputed land, which also was rutted with deer trails. A large herd of grazing mule deer later ran from the exact spot that allegedly contained the remnants of the 50-plus carcasses.

Lindgren acknowledged that the ranch has traditionally used the land in dispute as a calving area for heifers. The flat land, and its accessibility, made it easier for the ranchers to monitor the young cows, he said.

But at no time, he said, did the ranch use the land as a feedlot operation, which are fenced enclosures where the ranch keeps about 500 cows and another 500 calves during winter months.

Lindgren, 42, grew up on the ranch and spent virtually every summer working it.

“I didn’t even know that was Corps property until 2014 when they surveyed it,” he said. “We don’t even know how much land we are fighting for.”