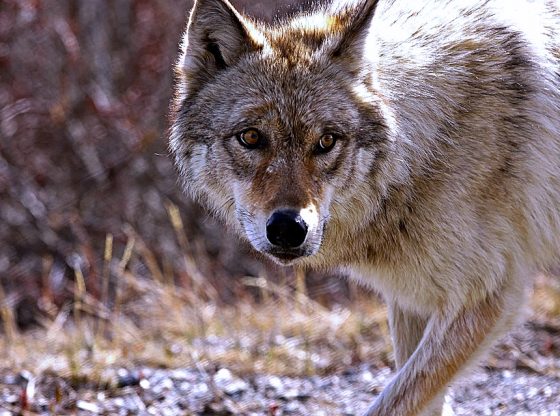 Wolves killed another calf Monday in northeast Washington, according to Diamond M rancher Len McIrvin, who says that over a decade he’s seen more than a dozen methods tried to prevent depredations, and all failed.

The ranch has adopted the state Department of Fish and Wildlife’s non-lethal methods of protecting livestock, even though ineffective, McIrvin said. “If you’re going to get any help from them, you better live by their recommendations.”

For another summer, wolves are attacking the ranch’s cattle as they graze in the Colville National Forest, pushing Fish and Wildlife into deciding whether to use lethal control and to what extent.

And for another summer, wolf advocates are criticizing the Diamond M for grazing cattle on allotments that they say is now wolf habitat.

Animal Wellness Action, founded by Wayne Pacelle, former CEO of the Humane Society of the United States, took out a full-page ad in The Seattle Times on Sunday. The ad urged opposition to shooting wolves to stop attacks on the Diamond M’s cattle.

Fish and Wildlife killed one wolf from the OPT pack on July 13 and paused to see whether the attacks continued. Since then, the pack has killed four more calves, according to sources.

The department, which has a policy of providing only weekly updates, has not confirmed the attacks, or indicated whether it will shoot more wolves in the OPT pack.

The pack has four adults and at least four pups. Wolf advocates describe the territory as “ideal wolf habitat.” It’s also where the Diamond M has grazed cattle since shortly after World War II.

Before shooting the wolf earlier this month, Fish and Wildlife said the ranch had taken steps to prevent conflicts.