Utahan named as Director of Legislative Affairs for Interior Department 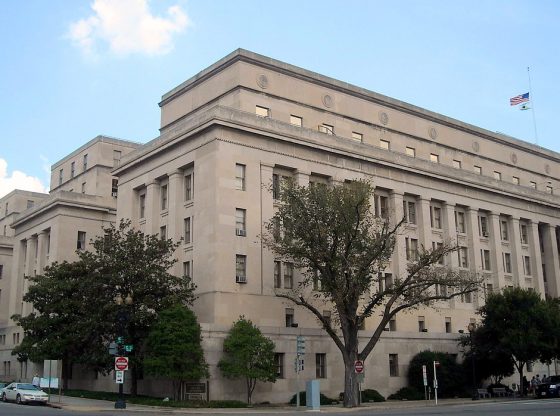 An apparent nod to Senator Hatch, the Tanner appointment may raise the ire of those on the environmentalist Left. Hatch, and others in Utah’s Congressional Delegation, have lobbied heavily for the Trump Administration to dramatically downsize the Bears Ears, a 1.35 million acre national monument designated by Obama during his final days in office.

Prior to serving as Hatch’s legislative director, he worked for the Senator as a natural resources and energy policy advisor. Tanner has also worked extensively with the current Chairman of the House Committee on Natural Resources, Representative Rob Bishop, also from Utah. According to a June 2014 article in Rollcall:

On November 13, the Utah-based Foundation for Integrated Resource Management (FIRM) put out the following tweet:

BREAKING: We are thrilled to learn John Tanner from @senorrinhatch‘s office has been named as @SecretaryZinke‘s new head of legislative affairs! #utpol #WinforUtah #publiclands pic.twitter.com/iTOJO2NYnb

Free Range Report contacted the director of FIRM, Box Elder County Commissioner Stan Summers, who is acquainted with Tanner and his family. Summers was enthusiastic, saying, “I’ve known John since he was born and I️ worked with his father at Thiokol* during the space shuttle years , then reconnected with John when I️ became a commissioner 5 years ago. He has been a great asset for Senator Hatch and I’m sure will be a great asset to Secretary Zinke and our state and nation from now on.”

An apparent nod to Senator Hatch, the Tanner appointment may raise the ire of those on the environmentalist Left. Hatch, and others in Utah’s Congressional Delegation, have lobbied heavily for the Trump Administration to dramatically downsize the Bears Ears, a 1.35 million acre national monument designated by Obama during his final days in office. Secretary Zinke’s recommendation that the size of Bears Ears be drastically reduced is a sore point with environmentalists and giant outdoor sports corporations such as Patagonia and Keen. These organizations all have vested interests in Utah’s large monuments because of (1) the restrictions placed on livestock grazing and natural resources development, and (2) the expected financial boon to tourism-based companies. Needless to say, having a former staff member from Hatch’s office wielding significant legislative clout in the nation’s top resource management agency, will not sit well with environmentalist special interest groups.

Nevertheless, most Utahans support the Trump/Zinke plan to reduce Clinton and Obama-era monuments, and, having given Senator Hatch seven terms in national office, will likely be pleased to have a Utah native from his office in charge of legislative affairs for the Interior Department.

Another Utahan, Randy Parker, was recently picked by Trump’s Agriculture Department to serve as the Director of Rural Development for the state of Utah. Parker is also CEO of the Utah Farm Bureau.

*Thiokol, also known as Morton Thiokol, is a company that built and tested rocket components, and is located in Promontory, Utah, in Box Elder County.