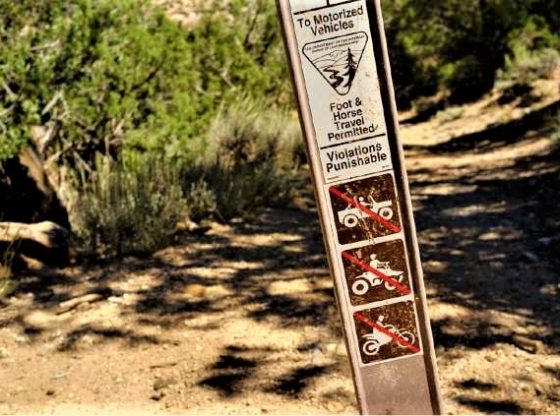 “A court-ordered deadline for publishing RMPs (resource management plans) resulted in BLM rushing its plans from the start, cutting out local voices in the implementation process,” Hatch said in a written statement.

“A court-ordered deadline for publishing RMPs (resource management plans) resulted in BLM rushing its plans from the start, cutting out local voices in the implementation process,” Hatch said in a written statement.

The plans were released in late December, just days before a court-ordered deadline.

County officials protested the BLM’s proposed final management plans in October, saying that progress had been made but areas of concern remained, including a proposed northern corridor across the Red Cliffs National Conservation Area.

“Affected stakeholders are upset. The RMPs not only fail to meet the needs of Washington County; they also present significant problems for the rapidly growing community,” Hatch said.

“These RMPs will have lasting effects on people’s lives in one of the fastest growing areas in the country,” he said, “That’s why we need to rethink this process and get it right. This legislation will send BLM back to the drawing board, paving the way for a reinvigorated proposal that will take into account local perspectives.”

The bill, introduced May 4 on the floor of the Senate and referred to the Committee on Energy and Natural Resources, directs the BLM to restart the resource management planning process for the Red Cliffs National Conservation Area in Washington County.

The proposed legislation would require the secretary of the Interior to not implement the recently completed resource management plans for the two national conservation areas and also throw out an amendment to the St. George Field Office Resource Management Plan.

“The county, St. George City, and the Washington County Water Conservancy District have worked for nearly two years with the local BLM office to try to fix the resource management plans for the two national conservation areas in Washington County,” Maloy said. “We have pursued every avenue.”

“We filed an appeal with the IBLA (Interior Board of Land Appeals), and we have also been working with our federal delegation to find solutions. This bill calling for the BLM to start over o the resource management plans shouldn’t be a surprise to anyone.”

The county, water district and St. George City filed an appeal Feb. 23 with the U.S. Department of the Interior’s Board of Land Appeals. The appeal was dismissed April 28.

“In January of 2016, when we had a House Natural Resources Committee oversight field hearing here in St. George on the resource management plans,” Maloy said, “Congressman Rob Bishop told the BLM that the only way to fix the plans would be to throw out the alternatives that they had written and start over.”

Hatch’s bill would force the BLM to do just that – throw out the alternatives that were released in 2015 and start over.

“It would have been easier and less costly to fix the alternatives in 2015, but we never got them to the point that the county felt like the alternatives fit the intent of the Washington County Lands bill from 2009,” she said.

The bill, designated S. 1053, was introduced by Sen. Hatch and cosponsored by Sen. Mike Lee.

The proposed legislation doesn’t have an official title yet, but is described as “a bill to require the Secretary of the Interior to issue new resource management plans applicable to the Beaver Dam Wash National Conservation Area and the Red Cliffs National Conservation Area and a new amendment to the St. George Field Office Resource Management Plan, and for other purposes.”