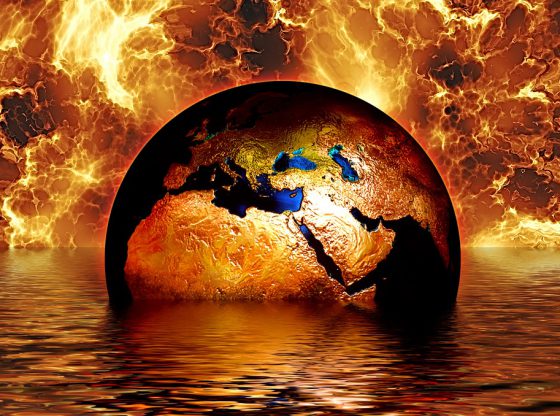 “Climate policy has almost nothing to do anymore with protecting the environment.  The next world climate summit in Cancun is actually an economy summit during which distribution of the world’s resources will be negotiated.”

The hidden agenda behind ‘climate change’

In comments that laid bare the hidden agenda behind global warming alarmism, Christiana Figueres, executive secretary of the U.N.’s Framework Convention on Climate Change, let slip during a February 2015 press conference in Brussels that the U.N.’s real purpose in pushing climate hysteria is to end capitalism throughout the world:

“This is the first time in human history that we are setting ourselves the task of intentionally changing [getting rid of] the economic development model that has reigned since the Industrial Revolution.”

The economic model to which she referred is free-market capitalism.  A year earlier, Figueres revealed what capitalism must be replaced with when shecomplained that America’s two-party constitutional system is hampering the U.N.’s climate objectives.  She went on to cite China’s communist system as the kind of government America must have if the U.N. is to impose its environmental will on the world’s most free and prosperous capitalist nation.  In other words, for the U.N. to have its way, America must somehow be transformed into a communist nation.

Let that sink in for a moment.

Figueres is not alone.  Another senior U.N. official had comments of his own about the true agenda behind “climate change.”  If you’re among those who still believe climate alarmists when they say all they’re trying to do is save the planet, what Dr. Ottmar Edenhofer had to say will leave your jaw on the floor.

In a Nov. 14, 2010 interview with the Swiss newspaper Neue Zürcher Zeitung, Edenhofer, co-chair of the U.N. IPCC’s Working Group III, made this shocking admission:

“One must free oneself from the illusion that international climate policy is environmental policy.  [What we’re doing] has almost nothing to do with the climate.  We must state clearly that we use climate policy to redistribute de facto the world’s wealth.”

In the same interview, Edenhofer added this:

“Climate policy has almost nothing to do anymore with protecting the environment.  The next world climate summit in Cancun is actually an economy summit during which distribution of the world’s resources will be negotiated.”

Edenhofer, one of the U.N.’s top climate officials, effectively admitted that the organization’s public position on global warming is a ruse, and another senior U.N. official, Figueres, said in an official capacity that the United States must be converted to communism for the world to be saved from global warming.