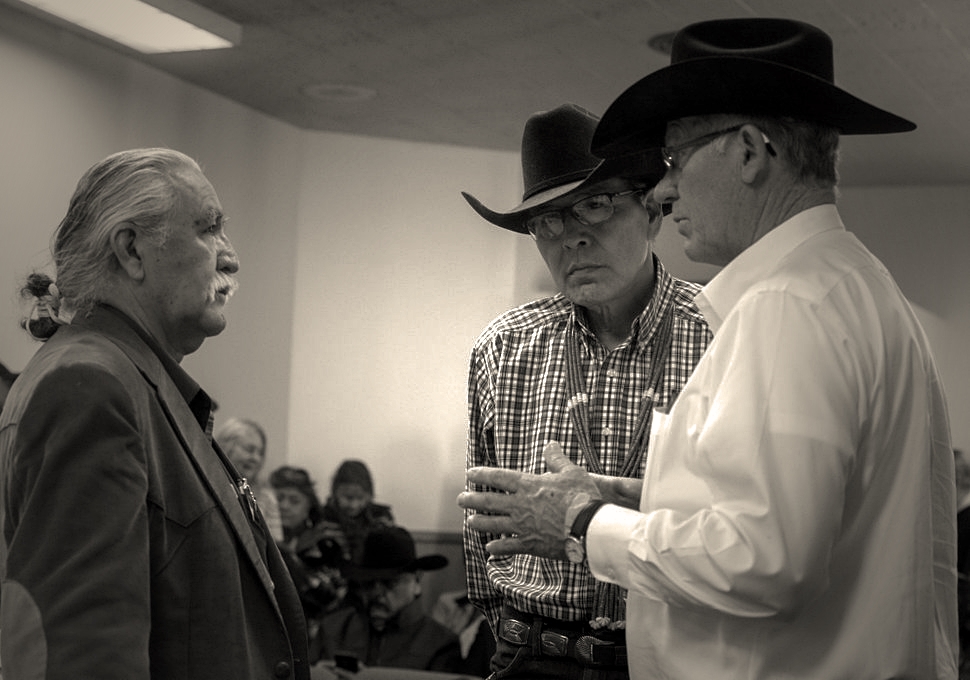 WITH SAN JUAN COUNTY FACING A FINE OF $500 PER DAY, COMMISSIONERS MARYBOY AND GRAYEYES CONTINUE TO STONEWALL

About six months ago I filed a records request under Utah’s Government Records Access and Management Act, or GRAMA, as part of an effort to gather information for a book proposal on environmental politics and communication strategies behind creation of Bears Ears National Monument.

Newly elected San Juan County commissioners Kenneth Maryboy and Willie Grayeyes stonewalled at every point in the process. They’ve given me, their constituents, other duly elected San Juan officials and even the idea of transparent representative democracy an old-fashion Bronx cheer.

However, the committee determined there was evidence that the records requested do in fact exist.

In a letter dated March 12 and included as a formal response to the committee, the personal attorney of Maryboy and Grayeyes, Steven Boos, wrote that he and the newly elected commissioners have indeed had communications regarding the resolutions I want background information on; but in Maryboy’s formal response to the committee through Laws he said, “I have reviewed my personal correspondence and I do not find any materials that relate to official county government matters …” 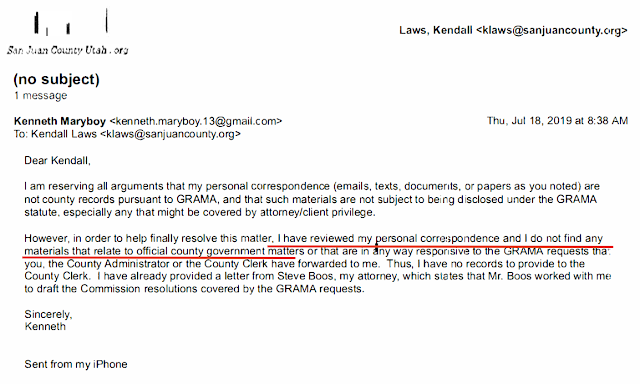 Laws points out the contradiction in a July 16 email to Maryboy and Grayeyes, pleading with them to “provide any documents, paper or electronic, that are responsive to Mr. Keshlear’s request to the Clerk’s office …”

Will these guys stick to their stories when (or if) deposed under oath? They’re flouting the committee’s order without any legal justification in a way that echoes the way they handled the hiring of David Everitt, who replaced Kelly Pehrson as county administrator the first week in May.

Grayeyes and Maryboy were warned that they violated notification provisions of the Utah Open and Public Meetings Act.

Grayeyes’ response? “The law can be contested.”

What’s even stranger is that Grayeyes took Maryboy’s response to the committee of July 15, copied it as his own, and sent it to Laws on July 18. It’s verbatim except for one little detail: Grayeyes refers to Boos as his “former” attorney. It took the newly elected commissioners three weeks to respond to Laws’ request that they turn over the requested records. 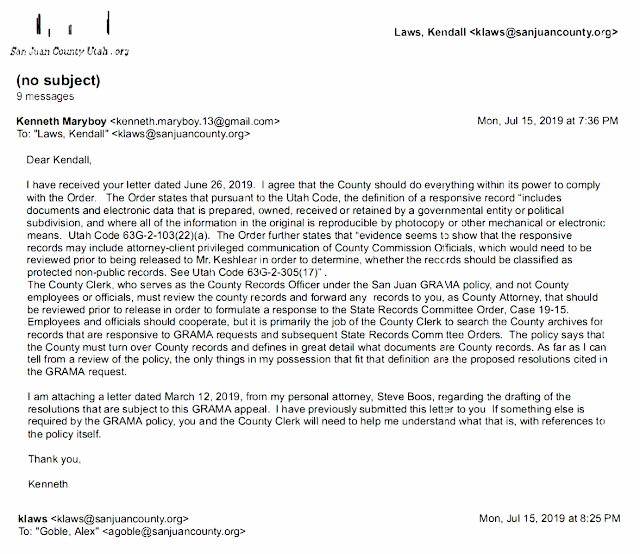 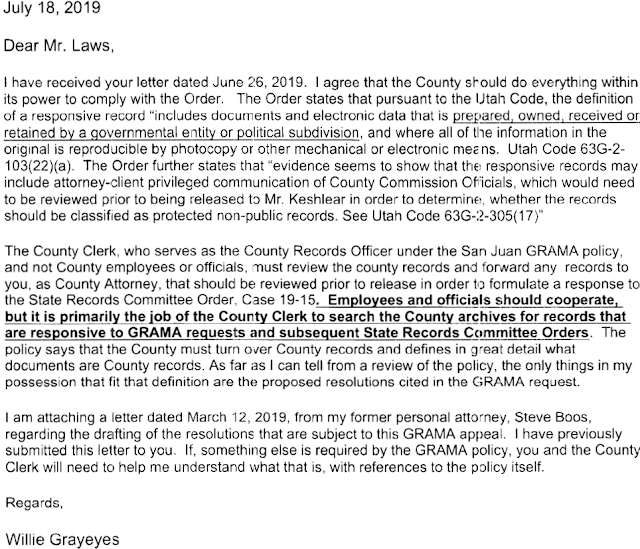 “The County’s only real avenue is to comply with the Committee’s decision,” Laws wrote to commissioners in a June 26 email.

Maryboy and Grayeyes could face prosecution on class B misdemeanor charges, and a fine of $500 per day could be imposed by the State Records Committee if it determines

Bruce Adams, District 1 commissioner, told Laws he had no records to declare but said his email and phone records were available for inspection. He asked Laws whether the county or the commissioners themselves would be responsible for paying the fine. “That would be up to the Records Committee if they decide to impose such a sanction,” Laws replied.The records request seeks insight into governing priorities of the two recently elected San Juan County commissioners as they prepared to take office. Were the policies of those pro-Bears Ears commissioners preordained to align — in varying degrees — with the goals of a grand alliance of environmentalists, tribal activists and outdoor recreation companies that gave them a national platform for their advocacy? Were the needs of a desperately poor county put on the back burner as a result? 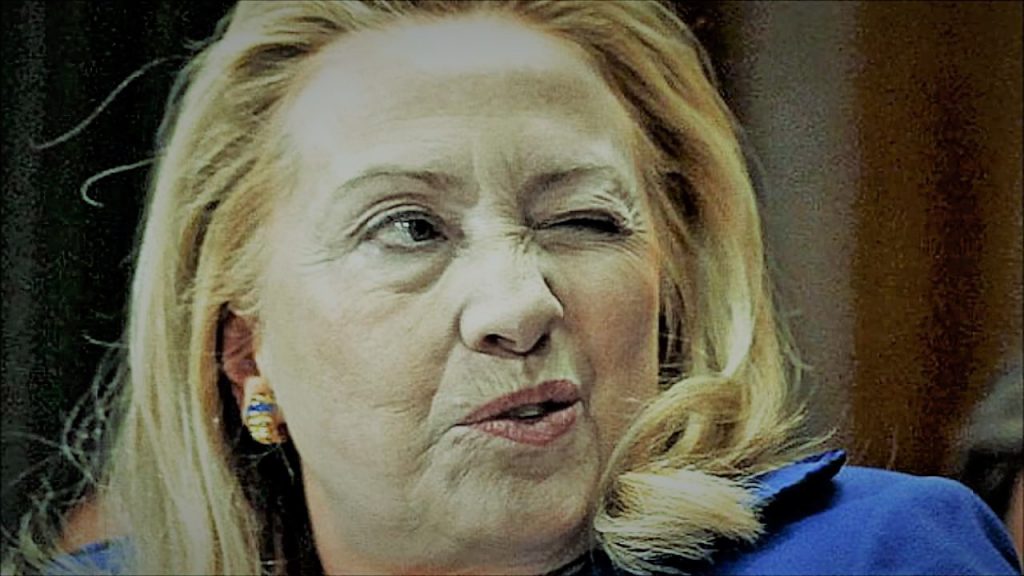 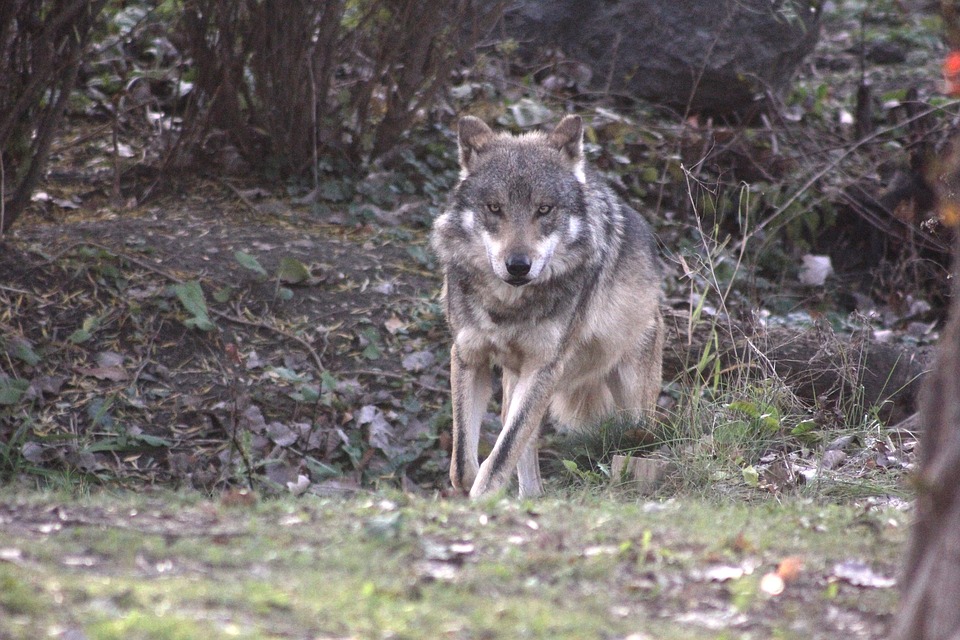 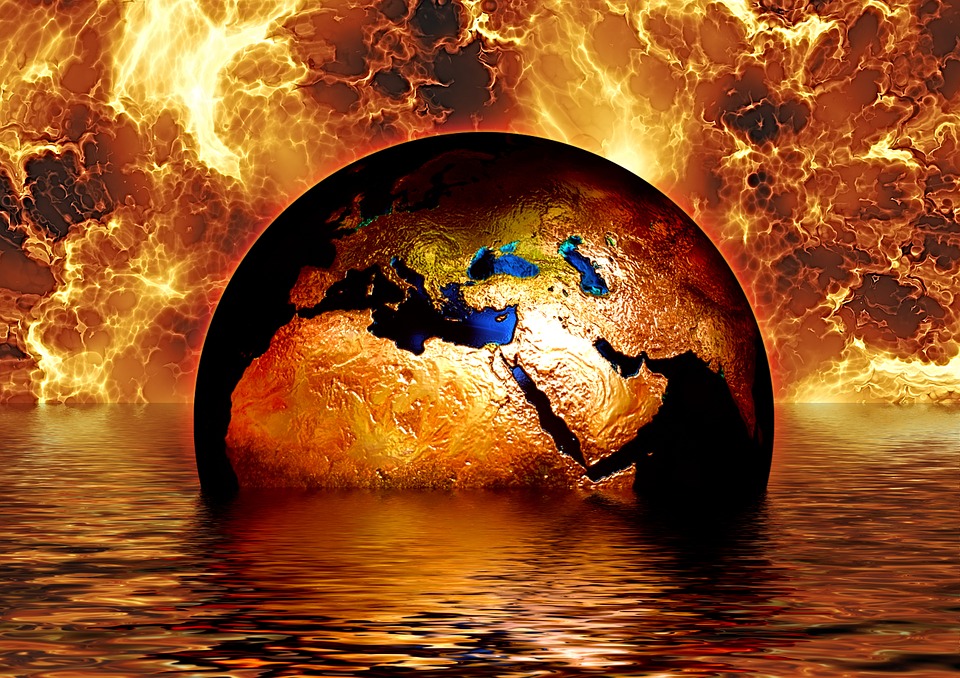