Home /Extreme Greens, Left-wing Insanity, Property Rights/Realtors who colluded with enviros to drive farmer off her land must pay $2 million 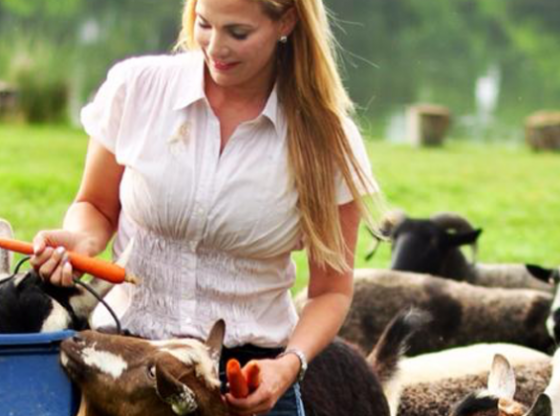 After a decade of litigation involving hundreds of thousands of dollars in attorneys’ fees, Virginia farmer Martha Boneta has reached a settlement in her $2 million lawsuit against a husband-and-wife team of realtors whom she accused of colluding with an environmental group to drive her off her land.

After a decade of litigation involving hundreds of thousands of dollars in attorneys’ fees, Virginia farmer Martha Boneta has reached a settlement in her $2 million lawsuit against a husband-and-wife team of realtors whom she accused of colluding with an environmental group to drive her off her land.

While the terms of the settlement cannot be disclosed, Boneta is pleased with the outcome of her ordeal. “Justice has been served,” Boneta said triumphantly. “But no American should have to endure ten years of torment. No amount of money can ever make up for the suffering my family and I have had to go through.”

Boneta is the owner of a 64-acre farm located in Fauquier County, Va., about 50 miles west of Washington, D.C. Nestled on the edge of the picturesque Blue Ridge Mountains, Liberty Farm, as her property is known, has been painstakingly restored by Boneta, whose family purchased it in 2006. In addition to producing a variety of crops, the property serves as an animal-rescue farm, providing a home for sheep, goats, alpacas, emus, llamas, and other animals.

well-connected people who, she believes, coveted her land. In her lawsuit against Phil and Patricia Thomas, Boneta accused the pair of malicious interference in her business, relentless harassment, and a host of other disturbing actions. Phil Thomas is owner of Thomas & Talbot Real Estate in high-end Middleburg, Va.; Patricia Thomas is principal broker with the firm and an attorney licensed to practice in the Old Dominion.

Court records in Fauquier County show that the realtors colluded with an environmental group and government officials to purchase the farmer’s mortgage and otherwise meddle with her mortgage, including contacting the lender several times demanding that it sell her mortgage to the realtors. Court records also show that the realtors contacted various government agencies demanding that they investigate Boneta for such activities as carving pumpkins on her farm, hosting hay rides, and allowing visitors to pick their own vegetables. Records also reveal that Patricia Thomas used her law firm’s letterhead in letters to government officials urging them to take action against Boneta.

To avoid her communications from coming to light under the Freedom of Information Act, Thomas, court records show, sent packages with documents she obtained using her Virginia realtor license to the residences of government officials. These documents included Boneta’s banking records.