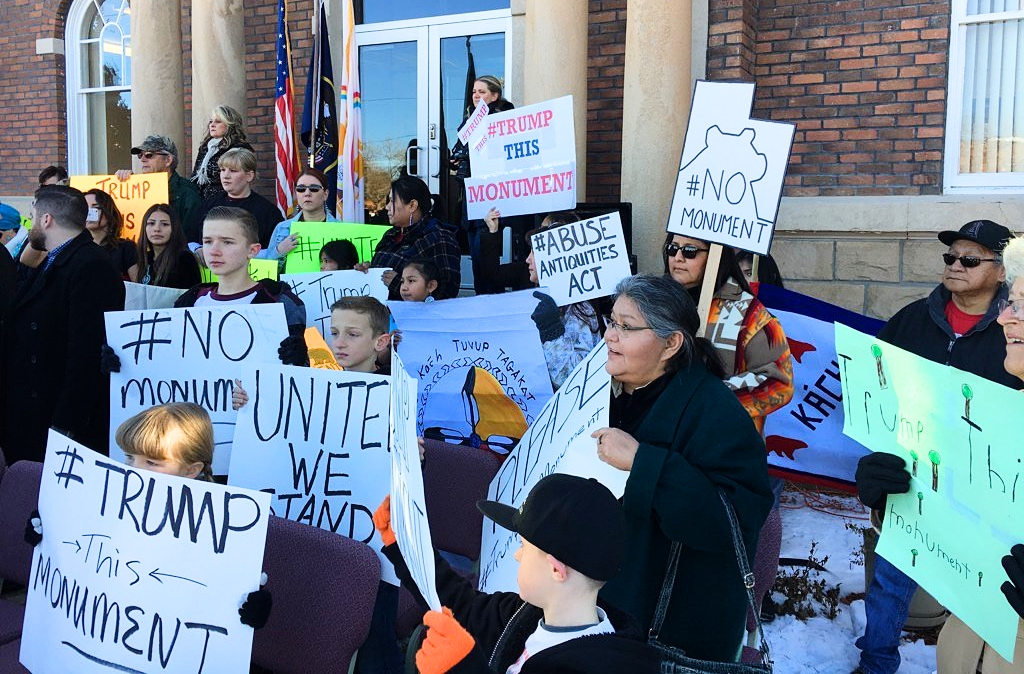 With the exception of his time spent serving in the Army during the Vietnam War, Sandy Johnson has spent most of his 67 years running cattle in southeastern Utah’s starkly beautiful San Juan County.

Like many of his fellow ranchers, Johnson has leased land from the federal government for decades to graze his cattle on open range. But President Obama’s recent establishment of the Bears Ears National Monument in Utah and the Gold Butte National Monument in Nevada has caused Johnson and his neighbors to worry that the land his family’s cattle has grazed on for generations may soon be off limits and that the landscape he has spent his entire life working may be inexorably changed.

“I think this land should have stayed open to everyone and not be regulated by the federal government,” Johnson told FoxNews.com.

Obama’s designation late last month of Bears Ears and Gold Butte as national monuments – along with his recent ban on oil drilling in federal waters in the Atlantic and Arctic Oceans – have earned the outgoing president the praise of both environmental groups and Native American groups as he secures his environmental legacy.

“The midnight monument is a slap in the face to the people of Utah, attempting to silence the voices of those who will bear the heavy burden it imposes,” Rep. Jason Chaffetz, R-Utah, said in a statement. “It does not have the support of the governor, a single member of the state’s congressional delegation, nor any local elected officials or state legislators who represent the area.”

Chaffetz joined fellow Utah Rep. Rob Bishop in seeking a consensus on preservation and development between environmentalists, oil and gas companies, local officials and ranchers. The result was the Public Lands Initiative – which the Obama administration helped craft – but the bill failed to pass the House and was never introduced in the Senate.

The failure of the PLI spurred the Obama administration to move quickly to draw up a Bears Ears National Monument designation – shrinking it from its originally 1.9 million acres to 1.35 million – and using the 1909 Antiquities Act to bring it to life.

The move angered many Utahns still annoyed at President Bill Clinton’s move in 1996 to name the 1.8 million acre Grand Staircase-Escalante National Monument in southern Utah. While economic growth spurred on by tourism has cooled some tempers, Clinton’s and now Obama’s moves still don’t sit well with many in the Beehive State.

“I would like to see it all reversed and for Congress to get rid of the Antiquities Act,” Johnson said. “Tourists are going to pour in and destroy the land and other people won’t be able to use it.”

Experts on public land law, however, argue that — at least when it comes to the Bears Ears’ designation — very little will change in regards to grazing or the ranchers’ livelihoods. Obama’s proclamation last month made clear that the Bureau of Land Management and the United States Forest Service will continue to administer grazing permits and leases to “ensure ongoing consistency with the care and management” of both the flora and fauna in the monument and the protection of any Native American artifacts.

As for hunting and fishing — both popular pastimes in the newly named national monument — Utah will retain jurisdiction over its fish and wildlife management. The only change is that ATVS and other off-road vehicles will be required to stay on certain designated trails and roads.

“In the history of the West, ranchers have acquired a sense that they are effectively the owners of the land,” Charles Wilkinson, a law professor at the University of Colorado-Boulder, told FoxNews.com. “Any encroachment on the land is going to change this sense of control and there is already a longstanding, violent distaste for government intervention.”

This distaste was widely highlighted during the Bundy standoff of 2014, when the now-jailed, Nevada rancher Cliven Bundy and an armed group faced-off against federal and state law enforcement officials over a 20-year legal dispute in which the BLM obtained court orders directing Bundy to pay more than $1 million in withheld grazing fees on lands that would soon make up the 300,000-acre Gold Butte National Monument.

Bundy’s battle has been going on since 1993, but it wasn’t until 1998 that Nevada’s Clark County bought out the grazing rights to the land in Gold Butte and retired it that Bundy’s cattle became illegal trespassers on the land. The language of Obama’s proclamation said that there will be no new grazing permits or leases on the land issued within the monument.

“We, the Bundy family, would like to say to President Obama that we are saddened, but not surprised, by the decision to make our ranch and home a national monument,” the Bundy family said in a statement issued last week.

“The problems we have had with federal land management have never been about cows, tortoises or fees,” the statement said. “It has always been about the constitutional limits on the federal government’s authority.”

While the Bundy family put a contentious face of ranchers in their discussions over public lands, both ranchers like Johnson and experts studying the issue say that these ranchers have been far from a destructive force against the environment. Overgrazing in certain sections of the Southwest has led to damaging of western watersheds and soil erosion, but many ranchers have seen that it is in their best interest to make sure that land has time to heal.

“They deserve a lot of credit,” Wilkinson said. “Ranchers are more concerned and do more for the environment than many others.”

The hope for many of these ranchers – and the fear of environmental activists and Native American groups – is that when Donald Trump takes office later this month with a Republican-controlled Congress, he will move to reverse Obama’s decisions on the monuments. The issue is, however, that while the Antiquities Act gave a president powered to declare land that is of “historic or scientific interest” a national monument, it is silent on any powers to abolish them.

“It’s really unclear what powers the president has to abolish these monuments,” James Morton Turner, an associate professor of environmental studies at Wellesley College, told FoxNews.com.

Trump himself has been ambiguous on his stance toward public lands – favoring energy development on them while also showing reticence to hand these lands over to the states – and he rarely brought up Obama’s national monuments while on the campaign trail.

The real power over the fate of the national monuments lays in the hands of Congress, which can create, abolish, change the size of and even hand over to individual states control of the monuments. New York’s Father Millett Cross National Monument and Arizona’s Papago Saguaro National Monument are part of the latter group.

To abolish the monuments – or the Antiquities Act altogether – Republicans in Congress would need to pass legislation in both houses. That would require 60 votes to overcome a Democratic filibuster and in recent years the Senate has tended to avoid any legislation until they get 60 votes.