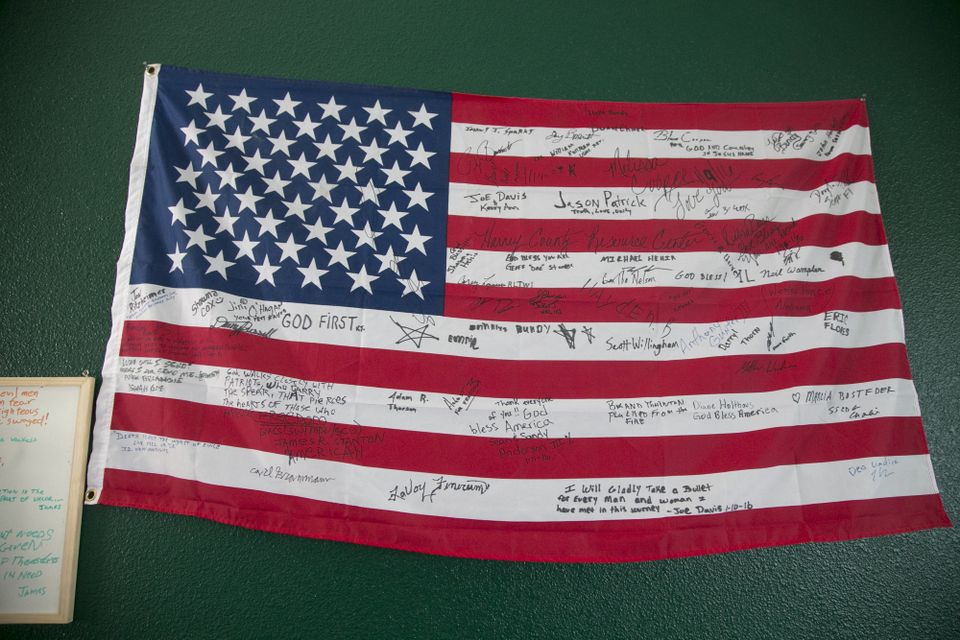 Federal authorities have arrested California resident Gary Hunt after he failed to show up in U.S. District Judge Anna J. Brown’s courtroom this month to explain why he shouldn’t be held in civil contempt for not removing from his blog information about informants the FBI used in its investigation of the occupation of the Malheur National Wildlife Refuge.

Hunt, taken into custody in northern California Thursday on a warrant issued by Brown, is expected to be transferred to federal court in Oregon soon to attend what’s called a show cause hearing before the judge.

The judge, in an order unsealed after Hunt’s arrest, wrote that it was   “necessary to issue a warrant for Hunt’s arrest in order to bring him before this Court for his failure to appear at the show-cause hearing and to adjudicate civil contempt hearings” as to the government’s allegations that he violated a court’s protective order.

Hunt, according to prosecutors, apparently got hold of the FBI reports on the confidential informants that prosecutors gave to defense attorneys as part of their sharing of discovery evidence before trial. The court ordered the reports not be shared with others.

Occupation leader Ammon Bundy and six others were acquitted of conspiracy and other charges after a five-week trial that ended Oct. 27. Eleven have pleaded guilty to felony charges, and another three have pleaded guilty to a misdemeanor trespass charge. Four other defendants were convicted of felony and misdemeanor charges after a recent 10-day jury trial, followed by a bench trial before Brown.

Hunt was a member of the advisory board for Operation Mutual Defense, a network of militias and supporters founded by Ryan Payne, one of the refuge occupation’s organizers. The board was involved in early talks on how to help Harney County ranchers Dwight Hammond Jr. and son Steven Hammond, who were scheduled to return to federal prison on Jan. 4, 2016, for setting fire to public land. Bundy and others frequently cited protest over the Hammonds’ treatment by the federal government as one of the reasons for seizing the refuge on Jan2.

The advisory board ultimately voted not to support any action in Burns without the Hammond family’s invitation. But Hunt ended up visiting the refuge during the takeover. He went to Burns on Jan. 24, checked into the Silver Spur Motel and drove out to the refuge. On the evening of Jan. 26 after state police shot and killed occupation spokesman Robert “LaVoy” Finicum at a roadblock, Hunt put out a call for supporters to go to the refuge, but retracted it by the next day, he said.

Hunt, who lives in Northern California, has argued that the court’s protective order didn’t apply to him since he was never one of the defendants in the federal conspiracy case. He also argued that since his blog has been shared by others, it would be nearly impossible to remove all the material he’s posted from the Internet.

Hunt also contends that since the federal government identified one of the informants during the first trial, Mark McConnell, any privilege of confidentiality masking the other informants’ names is lost.

In his blog called “Burns Chronicles” on his Outpost of Freedom website, Hunt has quoted from FBI reports on the agency’s 15 informants during the occupation. The 130 reports, spanning 246 pages, were subject to a protective order, and each page contains the printed words, “Dissemination limited by court order,”  FBI agent Ronnie Walker wrote in an affidavit attached to one of the prosecutors’ court filing.

The judge granted prosecutors’ request for an arrest warrant on March 10, when Hunt was ordered to come before Brown to be heard and didn’t show or contact the court. The judge kept the order sealed until Hunt was taken into custody.

“Throughout this case and in the factually-related matters that took place in Bunkerville, Nevada, in April 2014 that are the subject of ongoing criminal proceedings in the District of Nevada, there have been instances of individuals avoiding the execution of court orders and/or arrest by engaging in armed confrontations with law enforcement. The Court issues under seal this Order and the warrant for Hunt’s arrest in an effort to permit the orderly execution of the arrest warrant,” Brown wrote.

No date has been set yet for a hearing in federal court in Oregon.