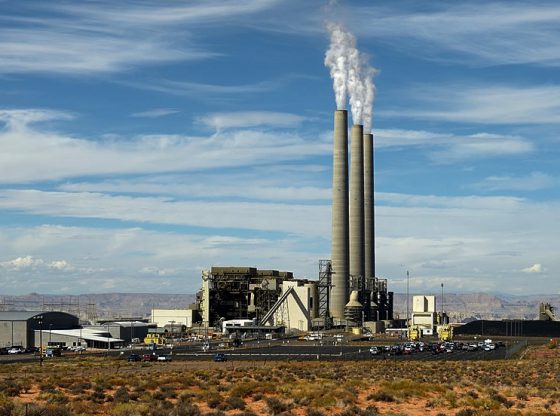 For fiscal year 2021, the Nation’s revenue projection is expected to drop significantly to $132 million due to the closure of the Navajo Generating Station and Kayenta Mine.

The Navajo Nation posted this press release last week as they brace for massive financial and job losses when the largest coal plant in the western United States closes in December.  Global warming policies don’t alter the temperature of the Earth, but they do hurt people, including Native Americans.

President Nez presented a budget message to the members of the 24th Navajo Nation Council’s Budget and Finance Committee on Tuesday.

In a letter addressed to Speaker Seth Damon of the 24th Navajo Nation Council and Chief Justice of the Navajo Nation JoAnn B. Jayne, President Nez and Vice President Lizer state that the Executive Branch is reviewing the operations of each division and department to identify duplicate services, stagnant federal dollars, wasteful spending, and other cost-saving measures.

Another important aspect of cost-savings will come with reviewing vacant positions within the Executive Branch to determine if personnel expenses can be reduced, while avoiding any layoffs of current employees. President Nez and Vice President Lizer have continuously directed all division directors to reduce the amount of travel for conferences, summits, and meetings that occur off of the Navajo Nation, as seen with this week’s Navajo Nation Housing Summit that is being held in Fort Defiance, Arizona.

“Divisions are directed to access federal dollars while using the balance of federal funds for direct services. In addition, the Navajo Nation is no longer the travel agency for employees having meetings for the sake of travel reimbursements or spending frivolously on far off, unnecessary conferences. Division Directors will have the responsibility of carefully managing their travel budgets to ensure all travel is for the purpose of providing services or enhancing the growth of the Nation,” states the letter.

President Nez and Vice President Lizer are proposing a budget of $167 million for the upcoming 2020 fiscal year, using the $143 million in projected revenue combined with $19 million from the interest income earned off of the Permanent Trust Fund principal, $525,000 from the Permanent Fund Five-Year Contingency Fund, and nearly $4 million from non-recurring funds from the Navajo Generating Station retirement savings.

Recently, the Office of the Controller reported that the Nation currently has an estimated $42 million in the Unreserved, Undesignated Fund Balance (UUFB). The Nez-Lizer Administration is proposing to set-aside $21 million from the UUFB to use in fiscal year 2021 when the Nation is projected to have a significant decrease in revenues.