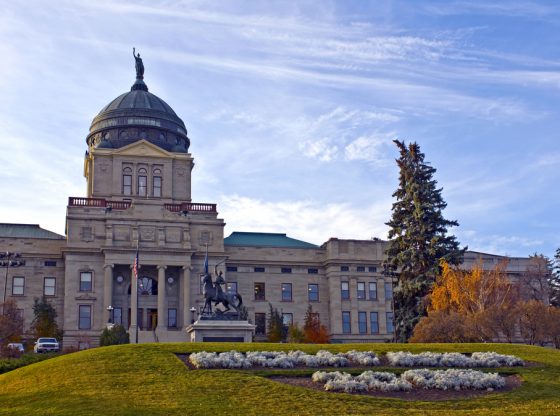 The clash between Montana’s governor and attorney general over who has jurisdiction over state conservation easements will be argued before the Montana Supreme Court next week.

In October, Republican Attorney General Tim Fox issued an attorney general’s opinion finding that Democratic Gov. Steve Bullock’s decision to circumvent the Montana State Board of Land Commissioners in approving an eastern Montana conservation easement ran counter to the law. In response, Bullock filed suit with the Montana Supreme Court, arguing that the opinion should be overturned and the state should be allowed to finalize easements without Land Board approval.

On Dec. 5, both sides will have a chance to make their cases to the justices, leaving the future of several proposed easements in question.

Montana law is clear that state purchases of land totaling more than 100 acres or $100,000 need Land Board approval. The board is made up of Bullock and Fox, along with state Auditor Matt Rosendale, Secretary of State Corey Stapleton and Superintendent of Public Instruction Elsie Arntzen.

What is unclear and at the heart of Bullock’s lawsuit is whether conservation easements, which are agreements with private landowners typically providing public access while curbing subdivision, also fall under the legal definition of “land acquisitions.” If they are not acquisitions, easements could be finalized with approval of an agency body such as the Montana Fish and Wildlife Commission.

The legal issue came to light earlier this year after the Land Board voted to indefinitely delay action on the 15,000-acre, $6.1 million Horse Creek Conservation Easement near Wibaux. While Bullock and Fox voted against delay, they were voted down by the majority of Rosendale, Stapleton and Arntzen. Stapleton noted his opposition to locking in land management decisions in perpetuity, while Arntzen and Rosendale questioned the impacts to mineral development and later the appraisal.

Despite Montana Fish, Wildlife & Parks’ long-held practice of bringing easements to the Land Board and language in the easement saying it would seek board approval, Bullock, citing the plain language of statute, finalized the easement without the board’s approval. That prompted Republican Senate President Scott Sales to request the attorney general’s opinion.