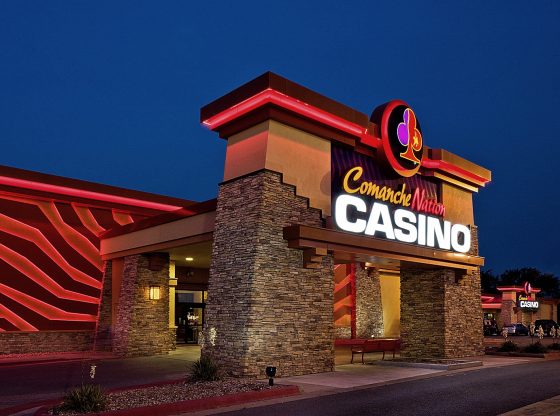 This is our very first opportunity to truly confront the erroneous and detrimental policies that one ethnicity that was here “first” is superior to all others in this country because all other ethnicities are intruders on this continent, and that communalism, socialism, and tribalism is preferable to individual liberty.

It’s 83 years late in coming, but at long last the Indian Reorganization Act of 1934 (IRA) is finally getting its first-ever review, and hopefully serious reform. IRA (48 stat. 984) forms the backbone of federal Indian policy across the country and has been extended, expanded, and abused far beyond the original intent of Congress.

In order to understand IRA and its major impacts on America, let me share an analogy. Imagine an American household with a single mom and a couple of sons, Johnny and Jimmy. One day Mom calls the family together to make an announcement. “Johnny, you were here first; Jimmy you were here second. Therefore, Johnny, you are more valuable and important than your brother. And Jimmy, you have intruded upon Johnny’s room, his life and his world, so a big chunk of everything you earn from now on and forever will be given to me, Mom, and I will redirect your earnings to Johnny. You really don’t belong here, Jimmy, because you were here second.”

This is exactly what has been happening in our country for 83 years. Since the Tribes (Johnny) tell the government (Mom) that they were here first, the non-tribal inhabitants (Jimmy) have become second-class citizens.

The mantra foisted upon Americans for decades is, “We were here first; you stole our land.” Neither is true. But even if it were true, the response as of 1789 should have been, “So what?” That was the way of the world in the 1600s under the Doctrine of Discovery. Life changed on this continent in September 1789.

One could hardly call the poor souls arriving on the Mayflower and other ships to establish a new life on this continent, conquerors. They had fled religious oppression under a tyrannical king, and were seeking liberty, religious and individual freedom. These were the seeds that became the Great American Experiment. But for that “transgression,” apparently, Americans are to be forever damned.

In my analogy, Mom is our Mother Country. Imagine that Mom’s folks come to visit their grandsons and discover the new household rules. Mom’s folks, representing our Founders, would be astonished. The seeds planted in the early 1600s by arrivals from Europe gave birth to the Framers of our Constitution and our republican form of government. Regardless of historical decisions, some right, some wrong, the reality is that the United States of America, as of September 1789, is our government, inclusive of the now 50 separate and sovereign states. Revisionist history has been common practice for far too long, but the actual reversal of history occurring today is the slumbering thunder creeping across this country.

There is no tribal sovereignty recognized in the U.S. Constitution, but such sovereignty (just like Jimmy paying perpetual debt to Johnny) has acquired a power beyond the Constitution’s declared sovereign authority of individual citizens and states. States such as Washington, Montana, Idaho, and some Midwestern states have continually relinquished their state authority in deference to all tribal whims. Many states have created de facto “trust” relationships with tribes where none existed; only the federal government has a court ordered (but not constitutional) “trust” relationship with their “dependent wards — Indian tribes.”

Johnny’s governments (tribes) may directly finance political parties, incumbents, or candidate election officials. Jimmy’s government may not. Johnny’s businesses are all tax-exempt and growing enormously. Jimmy’s businesses are taxed to the max. Johnny’s government members can hold elected office anywhere across the country, passing land use and taxation laws upon Jimmy that do not apply to Johnny. Johnny has priority over most of the river and water systems throughout the Western states because Johnny was here first, and Jimmy’s needs don’t matter — he shouldn’t exist.

There is a wondrous Statue of Liberty in New York harbor that welcomes all to come, as the early Jamestown settlers, legally to the United States. We are a country forged and thriving by “intruders” from all over the world. Our republican form of government does not classify those who were here first as superior, nor does it distinguish a priority between the person naturalized yesterday as a full American citizen and the child born here five minutes ago. But federal Indian policy requires perpetual debt and shame for all who came second.

And now we take a deeper look at the Indian Reorganization Act and its impact on the lives of American citizens. In 2009, the U.S. Supreme Court ruled in Carcieri v Salazar that IRA was intended to reorganize only those tribes on existing reservations and “now under federal jurisdiction” in June 1934. There were only some 65-70 actual Indian reservations in the United States in 1934. Therefore, the IRA was to reorganize only those 65-70 tribes, and no more. The Carcieri ruling was a political earthquake.

The Department of Interior and Bureau of Indian Affairs have not just reorganized reservations in existence in 1934; they have federally recognized a current total of 567 tribal governments, each acquiring and expanding their reservations, each receiving tax exemptions, and each receiving money from Jimmy (“second-class” citizens).

The response to Carcieri under the Obama administration was to utterly ignore it, along with other Supreme Court rulings where the High Court rolled back tribal governing authority, replacing state sovereign authority.

The good news is that on June 22, 2017, the Department of Interior published a “Notice of Regulatory Reform” with an open public comment period on the Indian Reorganization Act (IRA) and four other major federal statutes. The Notice reads: “This document also provides an overview of Interior’s approach for implementing the regulatory reform initiative to alleviate unnecessary burdens placed on the American people.”

No doubt Johnny’s 567 tribal governments and the entire Indian industry will be weighing in with their comments to legitimize and further expand decades of IRA unauthorized overreach.

This is our very first opportunity to truly confront the erroneous and detrimental policies that one ethnicity that was here “first” is superior to all others in this country because all other ethnicities are intruders on this continent, and that communalism, socialism, and tribalism is preferable to individual liberty.

It is imperative that states, counties, towns, and Jimmy — who lives within an Indian reservation — describe their “burden” at this time. If Jimmy stays silent, Jimmy’s wallet will continue to be annually poached for the expansion of tribalism as a governing system, replacing our constitutional republic form of government.

Please get your comments on the record to the Department of Interior in one of two ways:

1) Submit comments to the federal “eRulemaking Portal,” www.regulations.gov. In the Search box, enter the appropriate document number (DOI-2017-0003-0002). Or,

All other Americans are up against 567 tribal governments with 400 more waiting in the wings for their recognition (not “reorganization”). How long must Jimmy owe his older brother who was here “first” and who seldom says “thank you,” and never says “enough”?

I am not a secondary American citizen. Are you?

Elaine Devary Willman, MPA, is a specialist in the field of federal Indian policy, a constant researcher, speaker, activist, and author of two books: (2005) Going to Pieces…the dismantling of the United States of America, and (2016) Slumbering Thunder…a primer for confronting the spread of federal India policy and tribalism overwhelming America. Ms. Willman attended two years of law school, has a Master’s in Public Administration (MPA) and 96 credits toward a doctoral degree in federal policy.  She is of strong Cherokee ancestry; her spouse is Shoshone and a direct descendant of Sacajawea. Ms. Willman has lived for 25 years on three Indian reservations (Yakama (WA), Oneida (WI), and the Flathead Indian Reservation (MT).