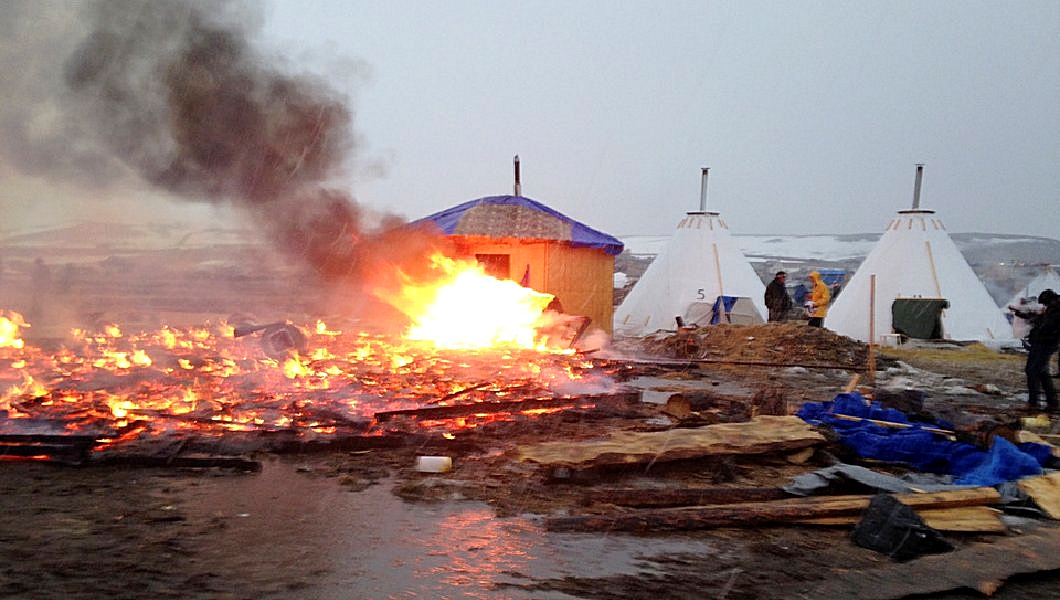 A report from the Department of Homeland Security, and Arkansas, Tennessee, and Oklahoma, warns of attacks from eco-terrorists to anti-government militia on the Diamond Pipeline project.

“Law enforcement are assessing what environmental extremists did to disrupt Dakota Access Pipeline – Molotov cocktails, rocks, arson, roadblocks, chaining themselves to equipment, improvised explosive devices, etc – and seeing many of the same activities potentially happening around Diamond pipeline,” according to a police representative.

The 11-page “field analysis report,” stamped “Unclassfied//For Official Use Only,” said that there are no pending threats to the $900 million, 440-mile pipeline under construction, but that the potential is very real.

“While the Diamond Pipeline project has not seen the same level of disruption as the Dakota Access Pipeline (DAPL), we are concerned that negative perceptions about enforcement efforts against DAPL opponents could inspire like-minded individuals to seek out reprisal violence against similar targets, including the Diamond Pipeline,” said the report, provided to Secrets.

Some peaceful protests have already occurred.

The report revealed that five oil pipelines crossing the U.S.-Canada border were shutdown in October, and it provided photographic evidence of the arson and sabotage of the Dakota Access Pipeline.

Police are keen consumers of the report because it was sheriffs and local cops that felt the brunt of the pressure at Dakota, sometimes getting in violent clashes with protesters.

According to the report, “Pipeline construction projects frequently arouse concerns about environmental and land-use issues. While most opposition activity related to pipeline construction remains nonviolent and lawful protest activity, some violent extremists may take advantage of lawful gatherings to attempt to threaten, incite, or commit violent acts against public safety officers or facility staff.”

The biggest concerns cited in the report:

— “DHS and the authoring fusion centers assess the most likely potential domestic terrorist threat to the Diamond Pipeline construction project or associated entities is from environmental rights extremists motivated by resentment over perceived environmental destruction.”

— “We assess that the second most likely potential domestic terrorist threat to the Diamond Pipeline or associated entities—including law enforcement and private contract security guards—is from militia extremists opposed to government enforcement of eminent domain policies.”

— “We assess that potential attacks against the Diamond Pipeline or related entities would most likely be simple and designed to damage physical infrastructure or equipment by sabotage or arson. Previous attacks against pipelines or related targets have included assaults on law enforcement, private contract security guards, or construction personnel.”

— “We assess the primary potential threat of violence against the Diamond Pipeline and related entities is from lone offenders who adhere to environmental rights extremist beliefs and believe violence is justified against such projects due to their perceived harm to the environment. Previous incidents involving lone offenders committing violent acts against targets associated with similar energy projects suggest that the pipeline and associated entities could be attractive targets for an attack by lone environmental rights extremists.”

— “Militia extremists have engaged in armed standoffs, threats, and disrupted IED plots targeting law enforcement entities perceived to be enforcers of oppressive government land-use policies, according to media reporting. Although their capabilities vary, some militia extremists have well-rehearsed paramilitary skills, as well as access to and proficiency using firearms and explosives. As a result, successful violent attacks have the potential to cause mass casualties.”