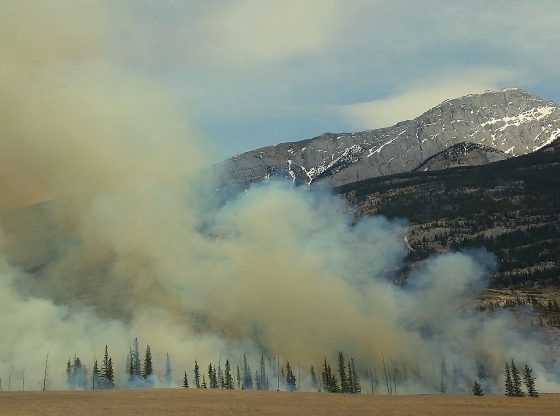 The Department of Agriculture predicts that, by 2050, the number of acres burned annually could triple. The causes of increased fire risk are complex, but one factor is the increased fuel due to restrictions on timber harvesting and past fire suppression activities.

Forests have long been hotspots (pardon the pun) for environmental conflict because so much of their use is determined politically. In the United States, for instance, many economic uses of forests cannot proceed until running the gamut of environmental study, permitting, and litigation. That red tape has harmed not only the timber industry but also interfered with efforts to reduce fire risks, harming neighbors and forest ecosystems.

The impacts on fire risks have been significant. Over the last twenty years, wildfires in the United States have become more extreme, caused more damage, and been more costly to maintain. The Department of Agriculture predicts that, by 2050, the number of acres burned annually could triple. The causes of increased fire risk are complex, but one factor is the increased fuel due to restrictions on timber harvesting and past fire suppression activities. Fires cause significant human harm, including destroyed homes and businesses. But they also wreak ecological harm, particularly extreme fires. They destroy habitat, degrade water quality, release carbon dioxide, and reduce soil quality.

Property rights can help cut through the red tape and reduce these risks. Nuisance law allows people to protect their property from unreasonable harms caused by their neighbors. Depending on the nuisance, the property owner can obtain either compensation or an injunction requiring her neighbor to fix the problem. Although most often used to protect against private neighbors, nuisance law can also protect against the government’s unreasonable use of its land.

Federal common law recognizes a right to bring public nuisance claims against the federal government. Thus, if a government owned forest is not responsibly managed for fire risk, neighboring property owners and local governments have a right to force the government to address the problem. Although this right has rarely been invoked, it could help balance the scales of forest policy. In the long run, reduced fire risks will benefit both property owners and the environment, while reducing the burdensome cost of suppressing extreme fires.

Allowing more forest decisions to be governed by property rights rather than bureaucracy could also help environmentalists better protect them. PERC’s Tate Watkins reports the incredible results of an experiment to pay property owners in Uganda to preserve forests.

The experiment’s designers found that financial incentives cut the loss of forest cover in half. And it proved incredibly cheap. A mere $11.20 an acre protected chimpanzee habitat and reduced carbon releases.

“Trying to solve this problem through strict laws doesn’t always work,” said Jeff Mosenkis of Innovations for Poverty Action, a nonprofit that helped run the study. “You have to build a program that takes into account the needs of people on the ground, and this study was a nice example of that.”

Property rights can also protect forests in the United States. Several environmental groups have bid for timber harvesting contracts with plans to forego harvesting. Unfortunately, the federal government has blocked those efforts, arguing that the harvesting rights could only be obtained by someone who wants to use them. In doing so, the government has ignored an important price signal: if an environmental group is willing to pay more for a contract than timber interests, that suggests that conserving the area is more important than harvesting it. A private owner would not ignore such an important signal. Neither should the government.