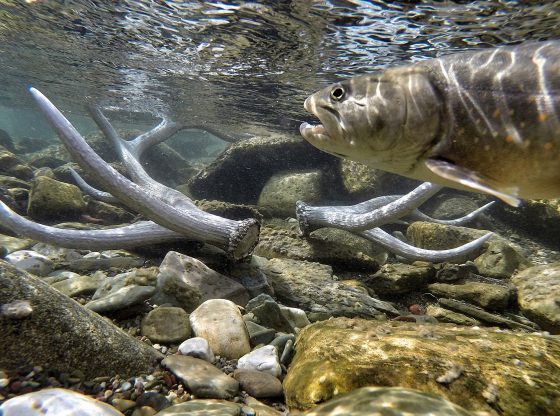 Declining populations of threatened bull trout along two rivers in Oregon’s Malheur National Forest were not caused by grazing authorizations, a federal judge has ruled.

Judge: Grazing not to blame for bull trout decline.

Environmentalists have failed to prove that grazing along two rivers in Oregon’s Malheur National Forest unlawfully harmed the threatened bull trout, according to a federal judge.

Papak has recommended dismissing a lawsuit filed against the agency by the Oregon Natural Desert Association and the Center for Biological Diversity.

The environmental groups have until mid-October to object to the recommendation, which will ultimately be decided by U.S. District Judge Michael Mosman.

The lawsuit was originally filed 14 years ago but was revived earlier this year after the plaintiffs weren’t able to reach a settlement with ranchers and the federal government.

Habitat degradation has caused bull trout populations in the two rivers to dwindle to about 100 fish, which the environmental groups blamed on grazing.

However, the U.S. Fish and Wildlife Service has concluded that grazing is unlikely to adversely affect bull trout or their habitat in the seven allotments in question, which encompass tens of thousands of acres.

Ranchers affected by the lawsuit and the Forest Service argued the environmentalists were impermissibly attacking the agency’s entire grazing program — which can only be changed through statute or regulation — rather than specific agency actions.

Though it was a “close question,” Papak nonetheless decided against throwing out the case on these grounds.

Even so, the judge rejected the claim that livestock grazing hadn’t met “riparian management objectives,” which must be followed “at the watershed or landscape scale, rather than stream by stream.”

According to the Fish and Wildlife Service, multiple factors have likely contributed to the bull trout’s misfortune, including dam-building, logging, irrigation withdrawals and the introduction of brook trout, a non-native fish, the judge said.

Papak also disagreed with the environmentalists’ claim that data collection about stream conditions was “so useless as to be equivalent to no data.”

“The record here establishes that the Forest Service reasonably monitored riparian conditions and analyzed the data collected,” he said.

The judge also rejected arguments that grazing violated the Wild and Scenic Rivers Act, noting that cattle are generally excluded from the river corridors with fencing and steep terrain.