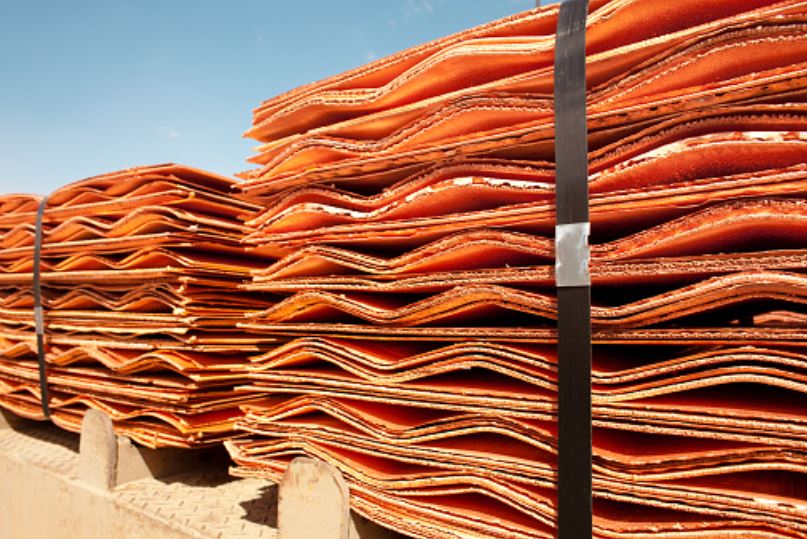 Electric Vehicles cannot exist without copper, lithium, cobalt, nickel, graphite, and manganese, all of which can be found in the United States. Copper is the primary metal required for both existing and future electric transportation technologies, and is cheap when compared to other metals with comparable conductive properties such as gold and silver. The good news is that there exist abundant copper reserves in the United States, and the industry itself is informed by and complies with the most rigorous environmental standards in the world.

Copper is key to Electrified Transportation

The many Utopias envisioned over centuries of human history, have always been based on illusory notions. An illusory notion held by many today is that “green,” “environmentally-friendly” technologies will give mankind a sustainable civilization with virtually no environmental footprint. More fantastical still is the notion that such technologies can exist in the absence of industries considered anathema by the environmentalist community. But there exists no form of “renewable” technology that does not depend wholly on mining. And mining, no matter how conscientious, will always have an environmental footprint. The thinking about future transportation and energy technologies has to shift from utopian to what is real and achievable.

Electric vehicles (EVs) emit very little carbon dioxide, but processes necessary for their production create a much higher net emissions output than typical gas-powered vehicles. EV’s are desirable in theory but the electricity that powers them is generated from, respectively; natural gas, coal, oil, nuclear, wind, hydropower, solar and possibly green hydrogen in the future. The best way to achieve green goals such as increasing the percentage of solar and wind generated power in the Grid while minimizing environmental disruption, is to obtain necessary elements from mines in the United States.

At this point in time, electric vehicles are far from perfect, but with new innovations in the production of and charging of EV batteries, there is increasing potential for EV’s to become a more practical option for middle class America. The reality that is hard for many to reconcile is that for EVs to become more practical, affordable and environmentally-friendly, domestic copper must be mined in unprecedented quantities. The green purists who detest the extraction industry will have to come to grips with the reality that decreasing the carbon footprint of global transportation is impossible without mining.

Electric Vehicles (EVs) cannot exist without copper, lithium, cobalt, nickel, graphite, and manganese, all of which can be found in the United States. Copper is the primary metal required for both existing and future electric transportation technologies, and is cheap when compared to other metals with comparable conductive properties such as gold and silver. The good news is that there exist abundant copper reserves in the United States, and the industry itself is informed by and complies with the most rigorous environmental standards in the world.

What is achievable with copper?

There is no other metal that come close to copper’s industrial significance, especially when considering the expansion of electrified transportation. On average, an EV battery contains nearly 180 lbs. of copper, as compared to about 50 lbs.—mostly in wiring–in a gas-powered vehicle. Today’s EV’s have limited range and require at least 30 minutes of charging time after about 200-250 miles of travel. EV charging stations are few and far between when compared to gas stations. This makes the technology impractical and costly to commuters, truckers and others whose time is at a premium. However, the ongoing build out of charging stations combined with electrified roadways that will charge EVs wirelessly as they roll along are being tested today, and are projected to curb the current inconvenience with EV charging.

Cities such as Los Angeles are exploring a direct conduction system, much like those which power cable cars, for EVs. Better yet, wireless roadway charging is being tested in 17 states which are now collaborating with the ASPIRE Initiative (Advancing Sustainability through Power Infrastructure for Road Electrification). Utah is ahead of other states in the number of innovation partners and industry members involved, and Utah State University deployed the first of many test tracks in March of 2022.

The ASPIRE technology is straightforward: Electromagnetic fields are created by electric cables and electromagnetic transmitters embedded in the surface of the road. This electromagnetic energy produced by the transmitters is absorbed by a special coil within the electric vehicle, which creates the necessary voltage to charge the vehicle’s battery, theoretically extending the car’s range indefinitely.

All modes of wireless and conductive charging are promising, but will require immense amounts of copper per mile of roadway. Industry analysts predict that by the year 2030, the amount of copper needed for electrified vehicles and transportation infrastructure will increase by 1,000 percent. Without a significant increase in the amount of copper now being mined and refined, this and other advancements in electrified transportation will never be realized.

The United States’ most significant copper resources are found in Utah (Bingham Canyon Mine) and southeastern Arizona (Morenci Mine) with others operating throughout western and midwestern states. These mines provide crucial jobs in their respective communities and the necessary innovations in electrified transportation bodes well for the industry.

Utah’s Lisbon Valley copper mine, for instance, is in a sparsely-populated part of southeastern Utah, yet it employs around 110 workers whose incomes provide economic stability in struggling rural towns. The Lisbon Valley mine refines its own ore through a process that creates sheets of 99.999 percent pure copper cathode. Utah has the capacity to mine, refine and supply copper to be used in the research and development—and eventual deployment–of electrified transportation systems. The domestic copper industry can provide ample product to meet current demand, and meet future goals for transportation, energy, communication and other basic technologies, without having to depend on uncertain foreign supplies.

Are we there yet? No. Does domestic mining have the capacity to meet the needs of America’s electrified transportation future? Absolutely! Green technologies need copper, and copper must be mined. Leading the charge in providing the most environmentally responsible mining industries in the world are the United States, Canada, Australia, and Europe.  Within the United States, these industries are furnishing jobs and economic security throughout rural America where they are most needed. Mining is how electrified transportation will evolve from utopian to real.  The Green future is bright, and made possible by copper and other locally-sourced metals.

Marjorie Haun is a freelance journalist specializing in natural resources, agriculture, and the policies that impact rural America and its working families. 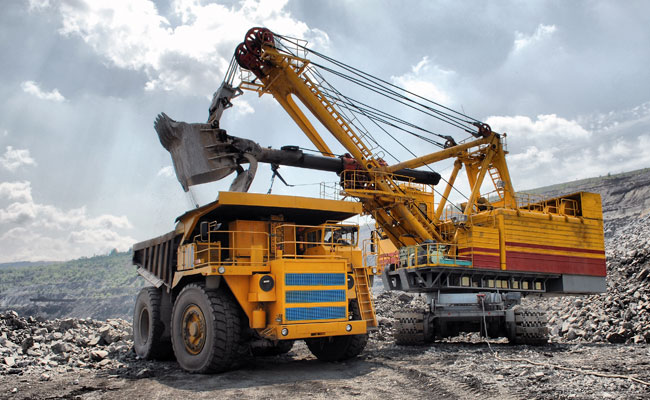 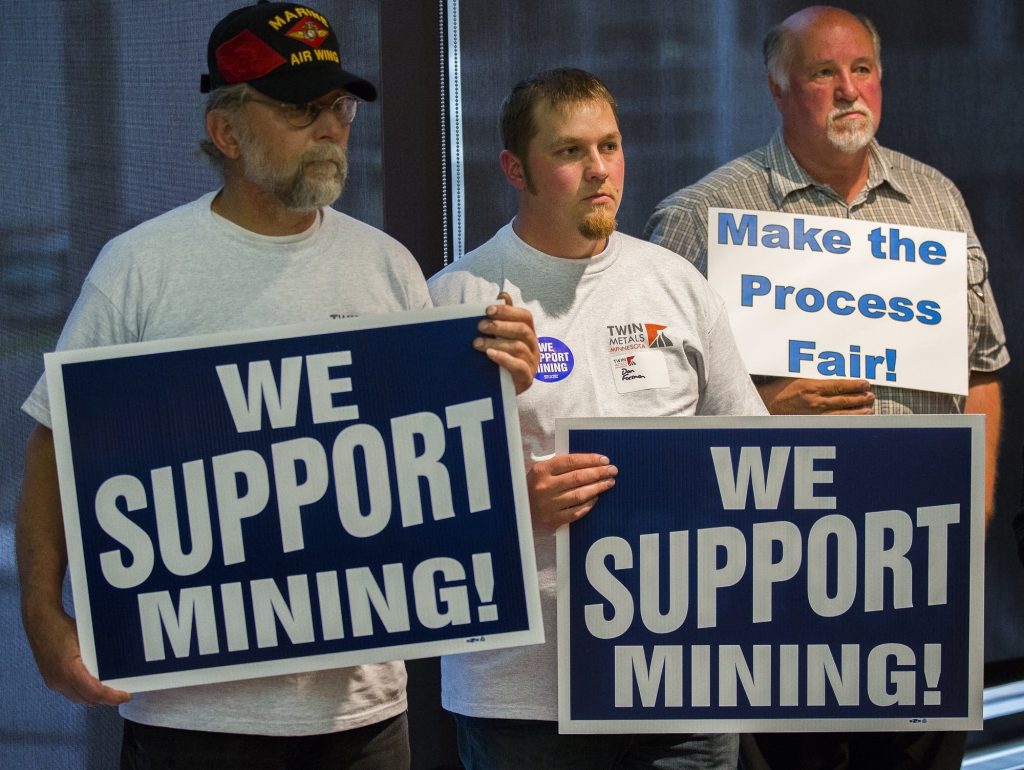 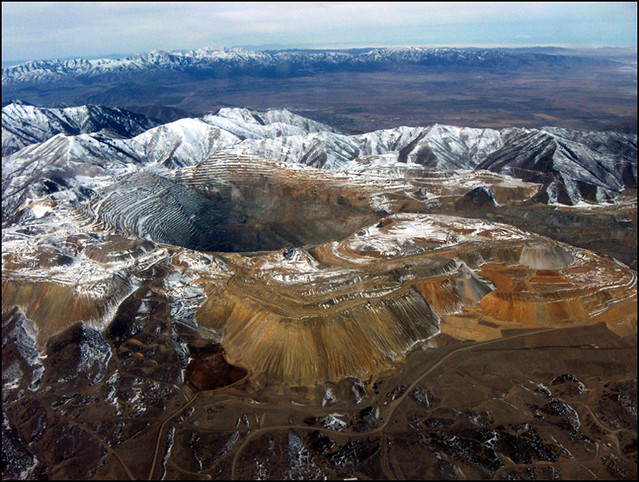