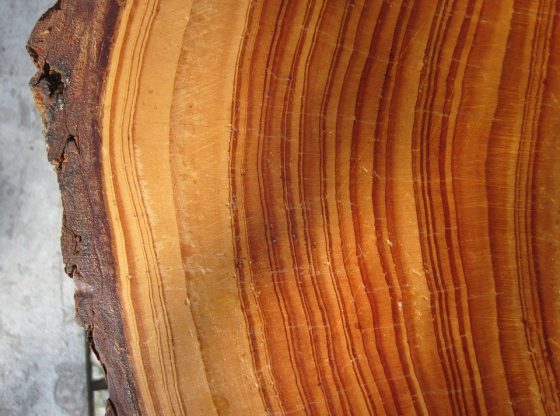 The forestry “double-hitter” is that trees harvested to be crafted into locally produced furniture are replaced with more trees. They grow quickly in renewed sunlight, storing carbon by removing it from the atmosphere, a highly preferable situation.

Massachusetts: The Fitchburg City Council recently accepted an offer from resident Ralph Baker to opt out of a scheduled timber harvest. Mr. Baker’s gesture was focused on the 2,000-plus acres of Fitchburg land, held as forest for the primary use of providing clean drinking water for its population.

This land has been managed with periodic timber harvests as prescribed in a state-approved long-term plan which considers many values complementary to water quality: wildlife, recreation, vistas, and stream health. Two sides of Mr. Baker’s property on Ashby West Road border a portion of the city watershed land that was slated for an improvement harvest. The sale would have grossed $40,000 for the city. Mr. Baker offered a higher price ($50,000) to preclude the harvest under the guise of helping the environment. He claims his action would reduce greenhouse gases, thus lowering global warming.

The New England Society of American Foresters (including the Massachusetts Chapter) believes that the link between climate change (via storage of carbon) and the scheduled removal of a small portion of the trees on this land, is vastly more complex. In the majority of situations, the linkage is actually the reverse.

Mr. Baker is claiming that if left alone, the forest will store carbon. Entirely true. Individual trees do grow by converting CO2 into wood. However, forest management that includes periodic harvests will store many more tons of carbon than otherwise and do the most for minimizing climate change.

Here’s a very basic example: look around and you will surely find a product made from trees. Your house, your table or chair, the books on your shelf are made of wood that consist principally of carbon. They will remain as carbon — stored carbon and not in the form of a greenhouse gas — for a long, long time. Generations if you consider that they remain intact once sent to a landfill or reused.

The forestry “double-hitter” is that trees harvested to be crafted into locally produced furniture are replaced with more trees. They grow quickly in renewed sunlight, storing carbon by removing it from the atmosphere, a highly preferable situation.

The mission of the Society of American Foresters reflects the advancement of sustainable management of forest resources through science, education and technology. We work closely with the U.S. Forest Service, sharing decades of climate research and management of research forests. The Forest Service published a new report only last month on carbon and land management from which the following is excerpted:

“Wood is a versatile, durable, abundant, and cost-effective renewable resource that provides numerous environmental benefits, including storing carbon and substituting for fossil-fuel-intensive materials when used in construction and offsetting the release of fossil carbon when used for energy production.” (Considering Forest and Grassland Carbon in Land Management, USDA Forest Service General Technical Report WO-95, June 2017.)

We should also reflect on the truly global environment of the 21st century. As detailed above, we all need products from wood. If we take Mr. Baker’s buyout as a guide to the future, and we no longer source our forest-based products locally, or regionally, guess where they will be sourced? They will come from places like Russia, the Amazon, or New Guinea. These locations have almost no vetted, science-based forest management.

Are we comfortable shifting timber sourcing to areas that are in desperate need of help? If we want to lose the Sumatran Tiger, Orangutan or Clouded Leopard, we should continue to exclude local areas from timber management.

Finally, from a broader societal perspective, do we want to use this action as precedent for interference in ongoing, fully vetted and economically productive municipal programs? Should someone be allowed to make a donation to local government to halt public housing, new schools, or park improvements? I think most citizens would say not.

Let’s use science and research to further understand our impact on the environment, and use the existing systems and proven methods to the benefit of the landscape.