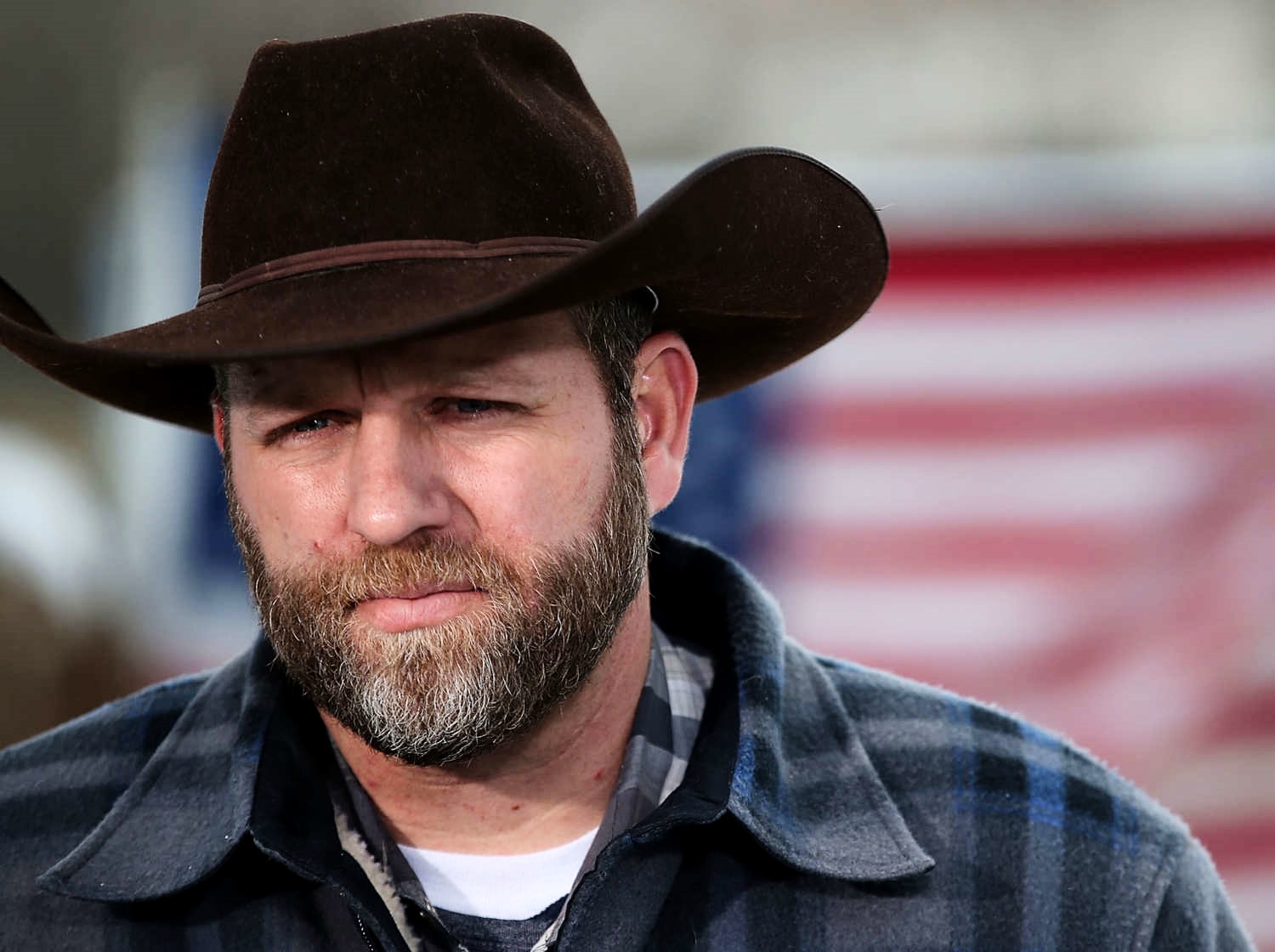 “CAN A JUROR, A FORMER EMPLOYEE OF THE BUREAU OF LAND MANAGEMENT, WHO OPENS THEIR REMARKS IN DELIBERATIONS BY STATING,”I AM VERY BIASED…” BE CONSIDERED AN IMPARTIAL JUDGE IN THIS CASE?”

The judge and lawyers involved in the Oregon standoff trial were thrown a curve ball Tuesday afternoon when one of the jurors questioned the impartiality of a fellow juror during deliberations.

One juror, later identified as Juror 4, wrote a question to the court, asking – in all capital letters: “CAN A JUROR, A FORMER EMPLOYEE OF THE BUREAU OF LAND MANAGEMENT, WHO OPENS THEIR REMARKS IN DELIBERATIONS BY STATING,”I AM VERY BIASED…” BE CONSIDERED AN IMPARTIAL JUDGE IN THIS CASE?”

The second of two questions U.S. District Judge Anna J. Brown received from the jury in the Oregon standoff trial about midday on Tues., Oct. 25, 2016.

U.S. District Judge Anna J. Brown said she was unsure how to respond, but through a note to the jury, confirmed the question referred to Juror No. 11, a man who said during jury selection that he had worked as a ranch tech and firefighter for the U.S. Bureau of Land Management, about “20 years ago.”

He did correct during voir dire that he had worked for the federal agency for a period of four years, not the two years he had written on a jury questionnaire.

Defense lawyer Per C. Olson said the question raised “a very serious matter of jury bias that has potentially tainted this jury,” and asked that Juror 11 “simply be dismissed.”

Assistant U.S. Attorney Ethan Knight countered that it wasn’t appropriate to respond to Juror No. 4’s question at this time, saying to do so would be an “invasion of the deliberation process.”

“Even identifying the juror could alter the process,” Knight said.

The question about a juror’s potential bias, which lawyers said is extremely rare to be raised to the court during the course of deliberations, was one of two questions the jury presented to the court Tuesday about 1 p.m.

The questions came during the third day of deliberations in the trial involving Ammon Bundy and six co-defendants, accused of conspiring to impede federal employees from the U.S. Fish and Wildlife Service or U.S Bureau of Land Management from carrying out their work at the Malheur National Wildlife Refuge through intimidation, threat or force. The charges stem from the 41-day occupation of the federal bird sanctuary.

The first of two questions that U.S. District Judge Anna J. Brown received from the jury in the federal conspiracy trial on Tues., Oct. 25, 2016. The jury began deliberations last Thursday, and continued Monday and Tuesday.Maxine Bernstein | The Oregonian/OregonLive

The other question jurors posed, in part, was: “If we are able to agree on a verdict for 3 of the defendants, but are at a standoff for the others, does our decision for the three stand? Or does this become a mistrial for all the defendants?”

Defense lawyers argued that the court shouldn’t address the query about what to do with a non-unanimous decision until the judge addressed the impartial matter.

Brown took a 20-minute break to sentence a co-defendant in the case, Ammon Bundy’s personal bodyguard Brian Cavalier. Cavalier was sentenced to time served, the nine months he’s been in custody as of Tuesday. Cavalier, 45, had pleaded guilty to federal conspiracy and possession of guns in a federal facility in the refuge occupation case. He remains in the custody of the U.S. Marshal’s Service, as he also faces federal indictment in Nevada stemming from the 2014 standoff with federal agents near Bunkerville.

The judge sentenced Cavalier in her 14th floor courtroom late Tuesday afternoon, and then returned to Courtroom 9A to resume discussion with the parties to the ongoing trial about what to do. Defense lawyers in the case, at one point, literally formed a huddle in the courtroom to privately discuss how to proceed.

By day’s end, Brown decided she did need to address Juror 4’s question. She decided to question Juror 11 in her chambers, with a court reporter, a prosecutor and two defense lawyers in the case present.

The judge asked Juror 11 if he remembered what he told the court on Sept. 7 during jury selection about his prior employment for the federal land management agency. He said he did.

She also asked whether anything, from then up until the deliberations in the federal conspiracy trial, affected his ability to be a fair and impartial juror, and he said, “No,” according to the court reporter, who read back her notes.

Judge Brown said she had no basis to believe Juror No. 11 was being untruthful.

“It’s possible this alleged bias may be associated with lack of unanimity on certain charges,” Brown noted, adding that it’s not clear which way the juror’s alleged bias falls.

Olson, who represents defendant David Fry, and Marcus Mumford, Ammon Bundy’s attorney, wanted the judge to inquire further of Juror No. 11 whether he had, in fact, made the statement reported by a fellow juror at the start of deliberations, but the judge declined to do so Tuesday.

Brown made it clear she cannot and will not inquire about what’s been said during deliberations.

“There are questions I cannot ask,” Brown said. “We’ve done all we can do given the hour of the day.”

“We believe further examination should have been made,” Mumford told the court, arguing that a juror rarely admits their own potential biases. “If we do not get to the bottom of this statement, we’re inviting a mistrial.”

Defendant Ryan Bundy, who is representing himself, agreed. “I believe a bias existed within him to begin with. That does need to be explored.”

By day’s end, the judge also responded to the other question jurors posed. With agreement from lawyers and defendants in the case, the judge sent a message back to the jury: If the jurors are satisfied that even with more time deliberating they wouldn’t come to an agreement on a certain count, then no decision can be made on that count.

Judge Brown invited lawyers to the case to return to court at 9 a.m. on Wednesday to cite legal standing that would support the further questioning of Juror 11 or Juror 4 about the reported bias. Juror 4 is a full-time business management student at Marylhurst University.

A case involving alleged racial bias by a juror, Pena-Rodriguez v. Colorado, is pending before the U.S. Supreme Court, but most cases lawyers cited in court Tuesday dealt with concerns about a juror’s potential bias raised after a verdict and were not on point with the circumstance that’s developed in the federal conspiracy trial.

Margaret “Margie” Paris, a University of Oregon law professor and former dean of the law school, said the judge likely wanted to make a “reasonable inquiry” to see if Juror 11 could still decide the case based on the evidence presented, as he had said he could do during the jury selection process.

“The prudent way to go is to keep the inquiry as small as it needs to be,” Paris said.

She said more typical questions from a jury raised during deliberations usually deal with the jurors’ understanding about a particular jury instruction or evidence. 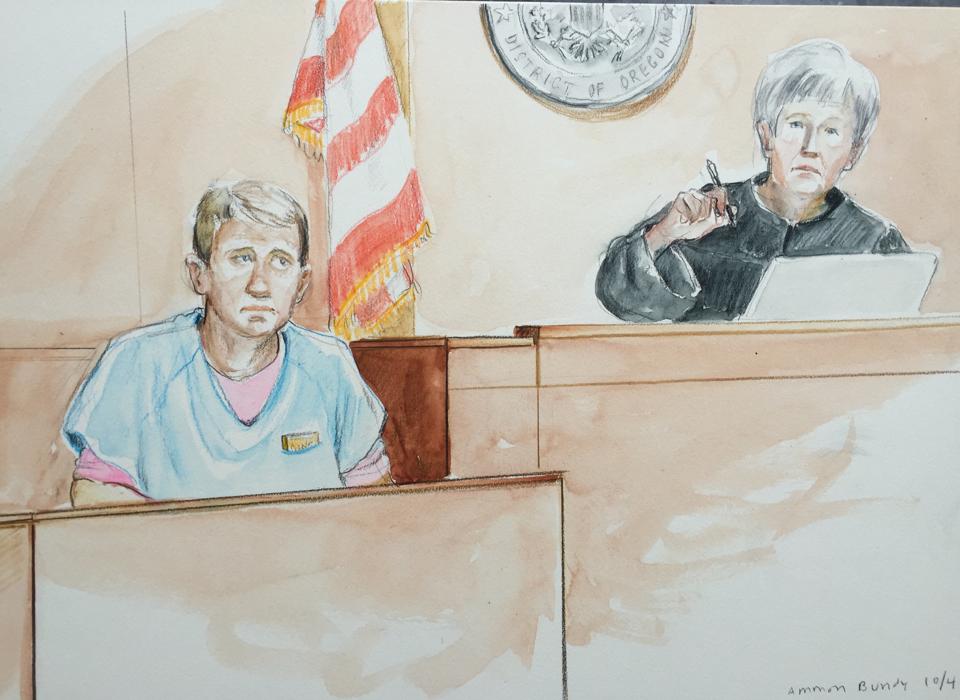 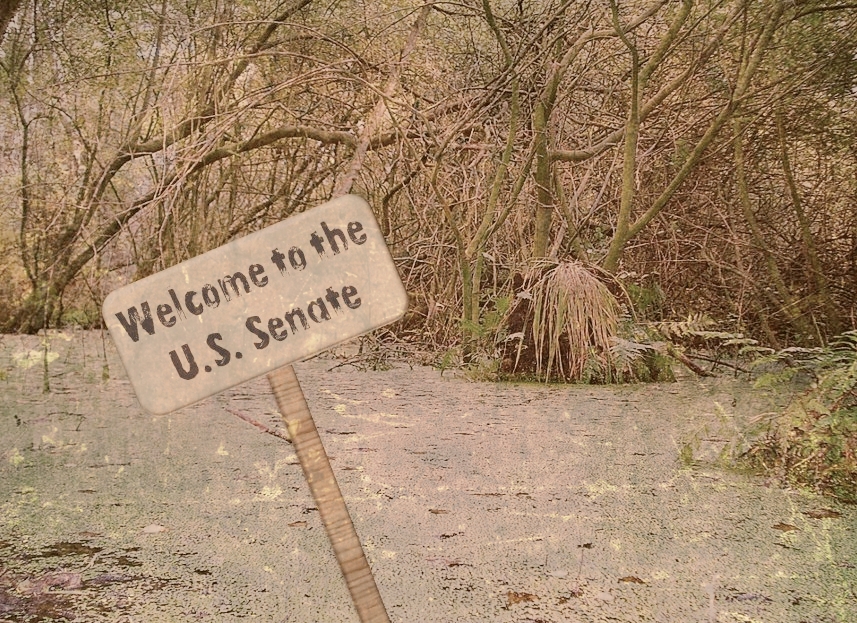 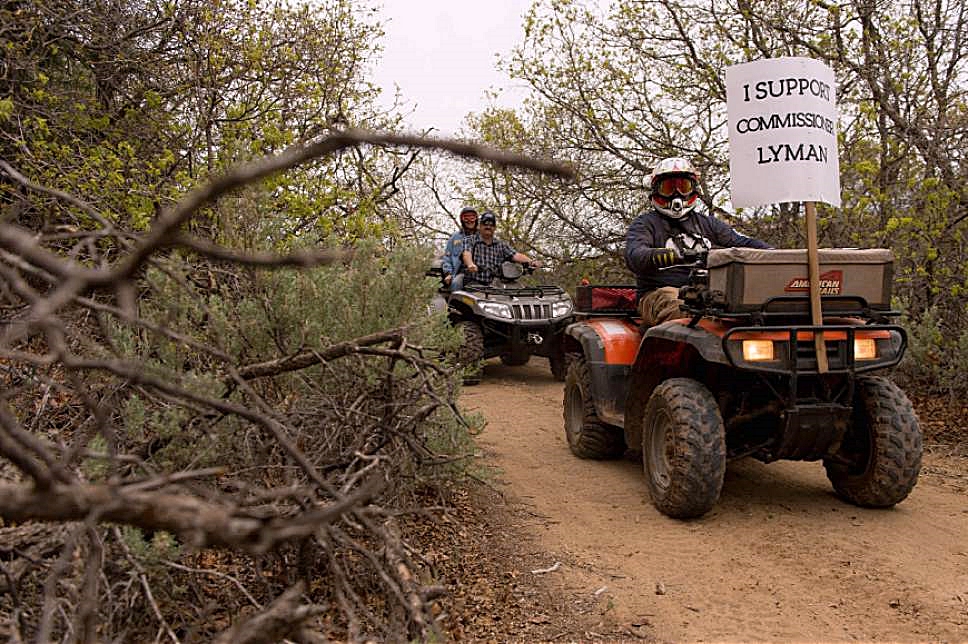 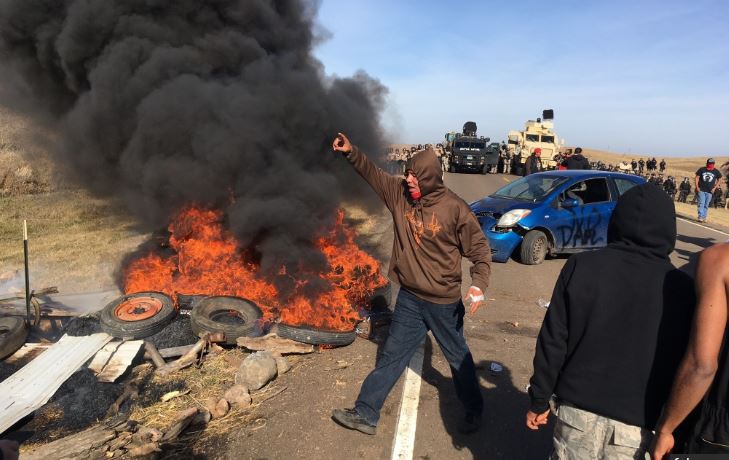